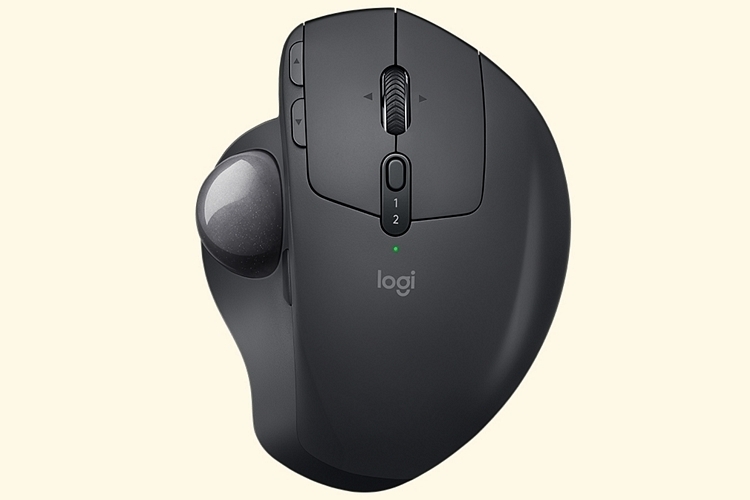 Apparently, there’s a subset of desktop users who still prefer a trackball over a mouse. Yes, those balls that you spin in place to navigate the UI. There’s enough of those users, in fact, that’s Logitech has deemed it necessary to build the MX Ergo, a wireless trackball mouse packing the outfit’s newest technologies.

Billed as the company’s “most advanced trackball,” the new mouse takes on a thumb-based trackball design that puts the main control right along the thumb position (for right-handed users, anyway), all while leaving the left and right clickers in the same place as traditional mouse peripherals. Not being trackball users ourselves, we’re not sure if this is better than other designs, although it does seem like an intuitive layout. 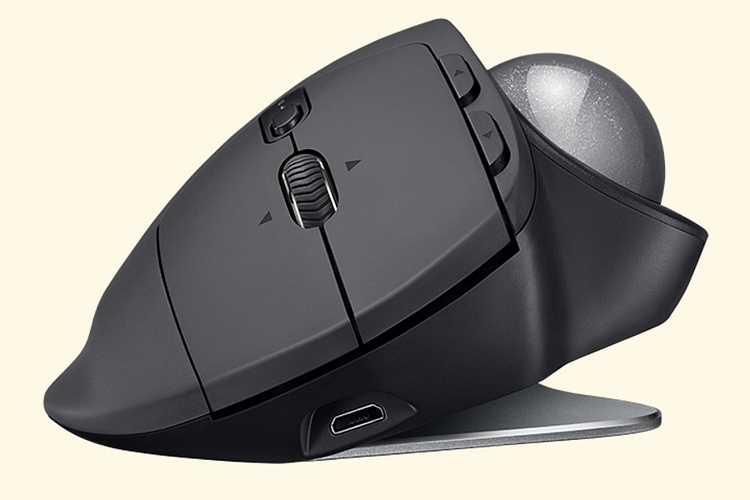 Unlike other trackballs, the Logitech MX Ergo can be hinged to an accompanying metal plate, which allows you to modify the angle of the trackball on the fly. You can adjust it anywhere between 0 and 20 degrees from the desk surface, so those not comfortable with the default position can modify it to one that suits them better. The outfit claims this design will allow it to deliver 20 percent less muscular strain compared to a traditional mouse, which should be welcome news to PC users with wrist problems in need of alternative ways of navigating their UIs. And, yes, you can leave the metal plate in the box if the default position is good enough for your needs.

Looking for greater control with every turn of the ball? Not a problem, as the mouse comes with built-in adjustment buttons that lets you alter the speed and accuracy of the cursor (via buttons next to the left clicker and right above the trackball), giving you a chance to experiment and find the perfect setting to complement the way you work. This should make it especially helpful for trackball novices, many of whom struggle with controlling the cursor with the same accuracy as a traditional mouse. 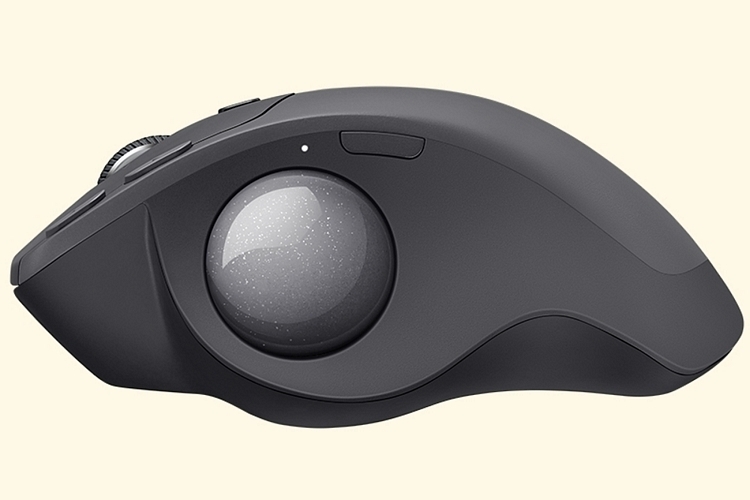 The Logitech MX Ergo is a wireless mouse, by the way, so we’re not sure if the latency rate is up to snuff for gamers who prefer using trackballs during play. Instead of coming with a dongle, though, it’s bundled with one of Logitech’s unifying receivers, since this also supports the outfit’s Flow software, which allows you to use a single mouse for two computers running at the same time (you can easily switch from one to the other). Switching from one PC to the other is done via a small button under the scroll wheel. And, yes, you can drag and drop files between PCs as if you’re using just a single computer. 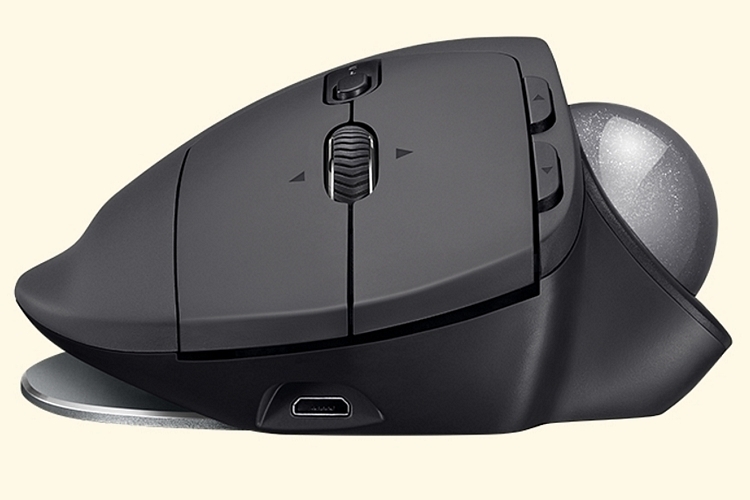 The mouse comes with a maximum sensitivity of 440 dpi, with the ability to adjust from 320 to 440 dpi. Other features include an operation distance of up to 32 feet, a 500 mAh rechargeable battery rated at up to four months on a single charge, and an estimated lifespan of 10 million clicks.