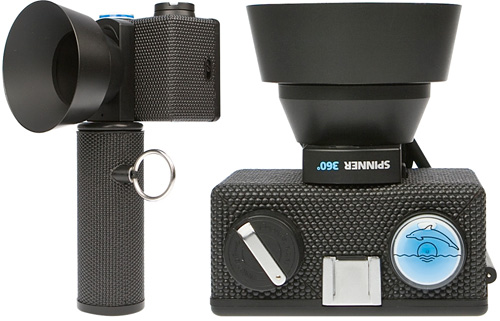 There’s a new Lomo in town and it can take 360-degree panoramas.  You heard that right.  Geek out on darkroom prints that stretch all the way ’round with the Lomography Spinner 360°, a new 35mm film camera that spins on its own axis like Linda Blair’s head in The Exorcist.

Possibly the coolest way to take 360-degree panoramic photos,  the camera includes a handle at the bottom where you’re supposed to hold the whole thing with one hand.  Yank on the trigger cord with the other and away it goes, snapping a shot of every detail sitting around it.

The Lomography Spinner 360° combines a vertical view angle of 66-degrees with the 360-degree shooting capability, resulting in extra wide photos that put standard landscape portraits to shame.  It comes with 25mm lens, two aperture settings (indoor and outdoor) and relative shutter speed.  Like other Lomos, it can take a variety of shooting styles, with those retro colors and effects virtually guaranteed.  You can get eight shots out of a single 35mm roll, with the photos filling the whole width  of the film.  Yes, including the area with the sprockets for an even crazier finished look (see below). 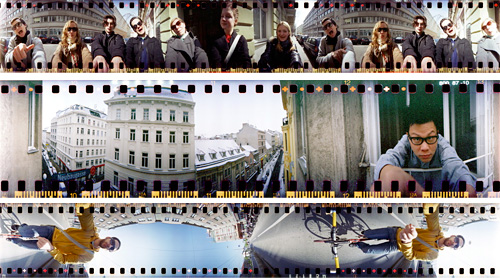 Hopefully, that spinning mechanism is sturdy because we’re pretty sure that’s getting abused like a toilet bowl in a burrito festival.  Or something like that.

While the Lomography Spinner 360° is pricier than other Lomos at  £115  (around $145), it’s arguably the cheapest way to snag 360-degree photos.  Yes, even with the cost of film and getting the shot developed thrown in.