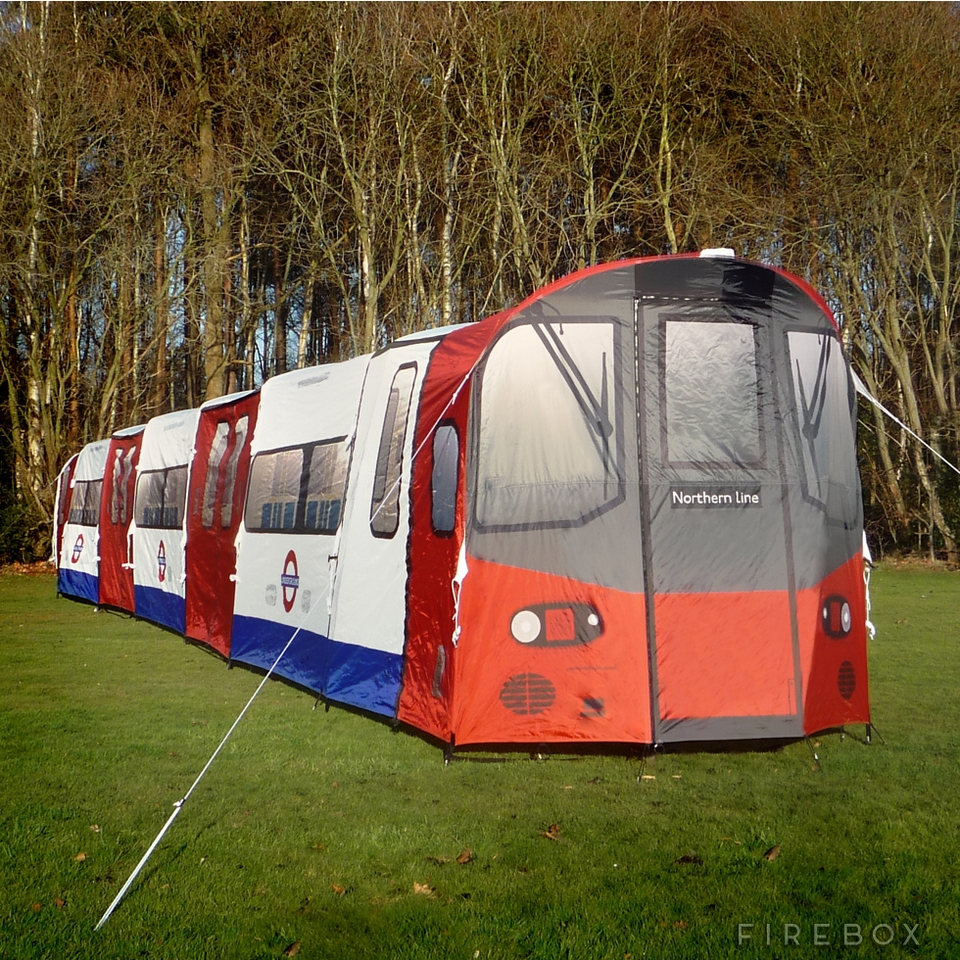 Your VW Camper Tent is cool and all, but when providing shelter for an army of your friends, you need something bigger than a retro Type 2 van.  You know, like a subway train.  That’s exactly what you get with the London Underground Tube Tent.

Made by Mind the Gap, it’s a life-sized rendition of the actual Northern Line carriages used in the London Underground in temporary shelter form.  It’s ridiculous.  The darn thing is so big you can have a literal party inside, making for an awesome tent to pitch when living it up at your favorite outdoor music festivals.  And if the lot of party people annoy you (chances are, they will), it’s sizable enough that you can probably pitch another tent inside to steer clear of the raucous revelry. 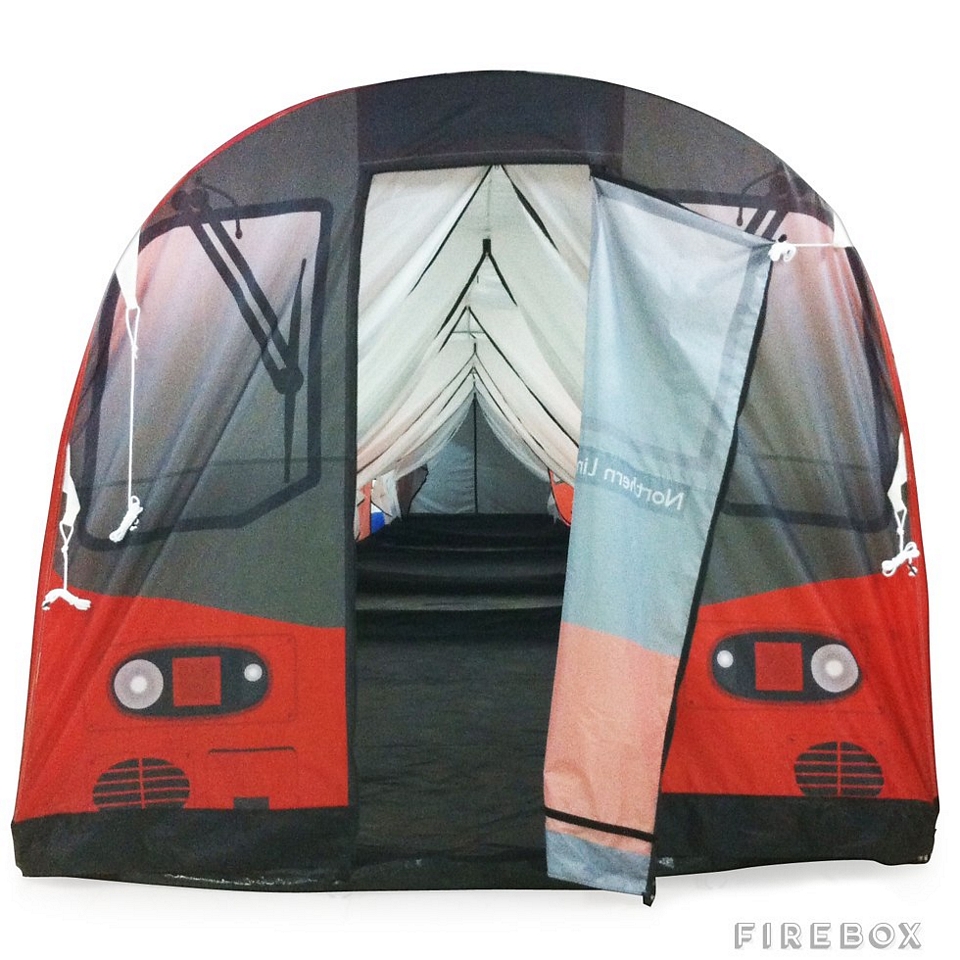 The London Underground Tube Tent measures 51 feet long, providing enough standing room to pack up to 72 grown adults.  It won’t sleep all 72 of your revelers (unless they can sleep on their feet), although 16 of them can stretch out comfortably after all the heavy drinking has taken its toll.  Features include seven inner compartments separated by zip-up flysheet doors, three enrty doors (two on the side and one on the driver’s cabin), and waterproof groundsheet to maintain some semblance of cleanliness inside (just a semblance, though — that’s all you can really expect after a party with 72 people).

Massive and crazy, the London Underground Tube Tent comes with an equally massive and crazy price of £1,999.99.  Hey, at least, it’s cheaper than a real train.