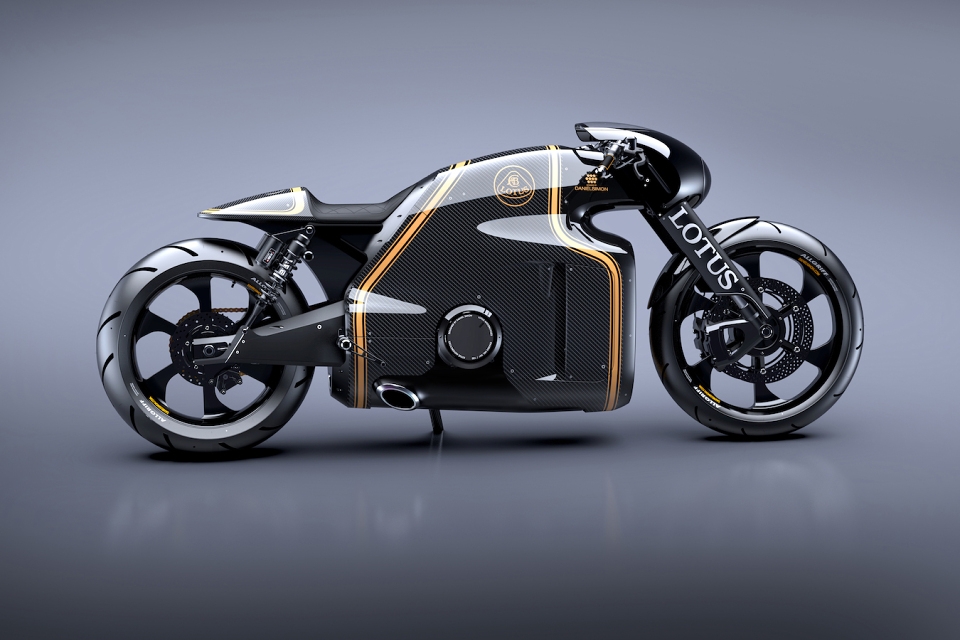 A while ago, Lotus, the storied sports car maker, announced they will be entering the motorcycle business in a huge way by delivering a “hyper bike.”  And now they have with the introduction of the Lotus C-01.

If the vehicle’s lines remind you of the motorcycles from “Tron: Legacy,” that’s because it’s designed by Daniel Simon, the same guy responsible for fashioning the futuristic Lightcycles used in the movie.  Yep, it’s probably as close to a real-life Tron bike as you can get without pushing things too far off the weird edge.  Plus, they did take out the glowing blue lights so you don’t have to look like an absolute geek riding it around at night. 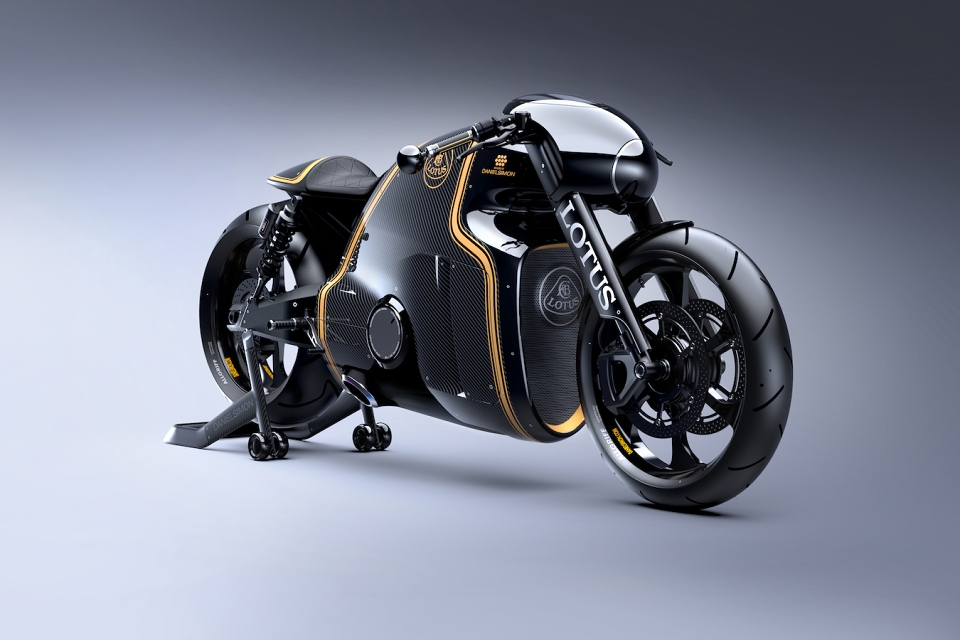 Tipping the scales at under 400 pounds, the Lotus C-01 brings the same lightweight build that characterized the marquee’s previous sports car efforts, with a frame put together using a mix of aerotech steel, titanium, and carbon fiber.  Sitting behind the unique air intake is a 2-cylinder, 4-stroke V-style engine, mated to six-gear jaw-type shift transmission, that puts out 200 hp.  No word on top speed, but the light weight and the low profile should help offer some clues as to how fast thing thing can go. 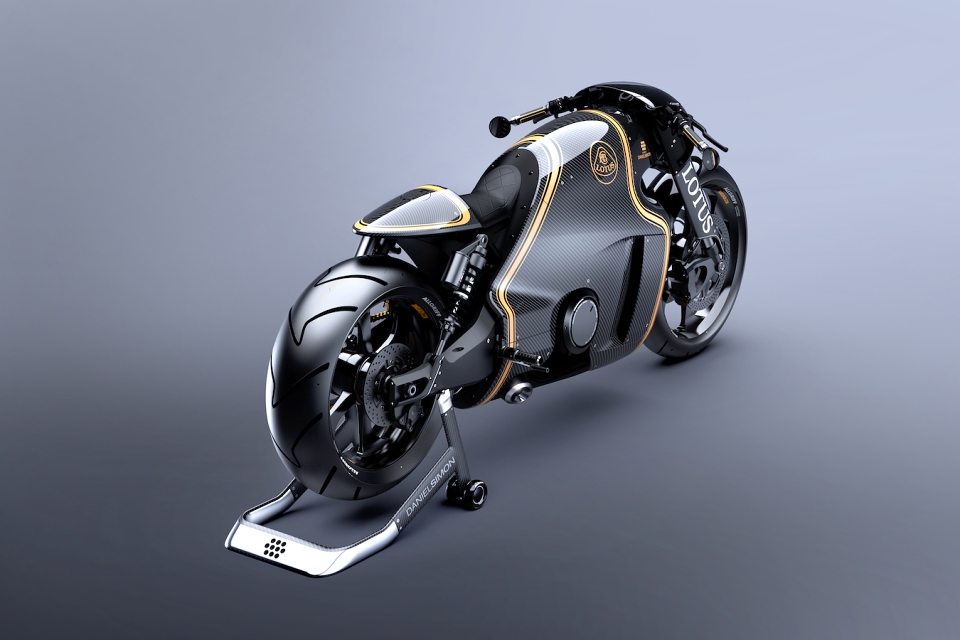 Only 100 Lotus C-01 bikes will be made, which buyers can order in a range of the company’s classic racing liveries.  No word on pricing has been announced. 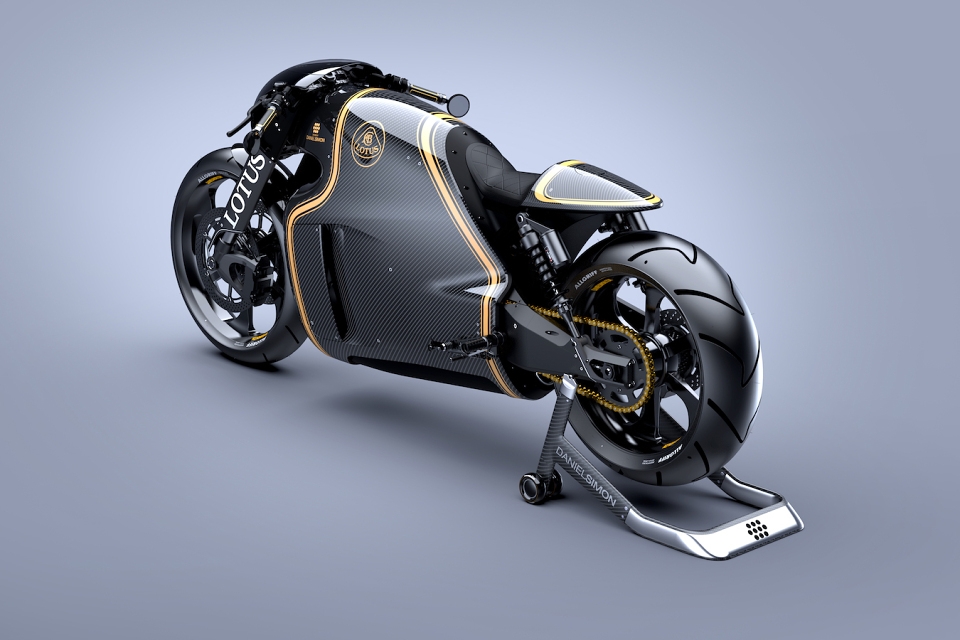 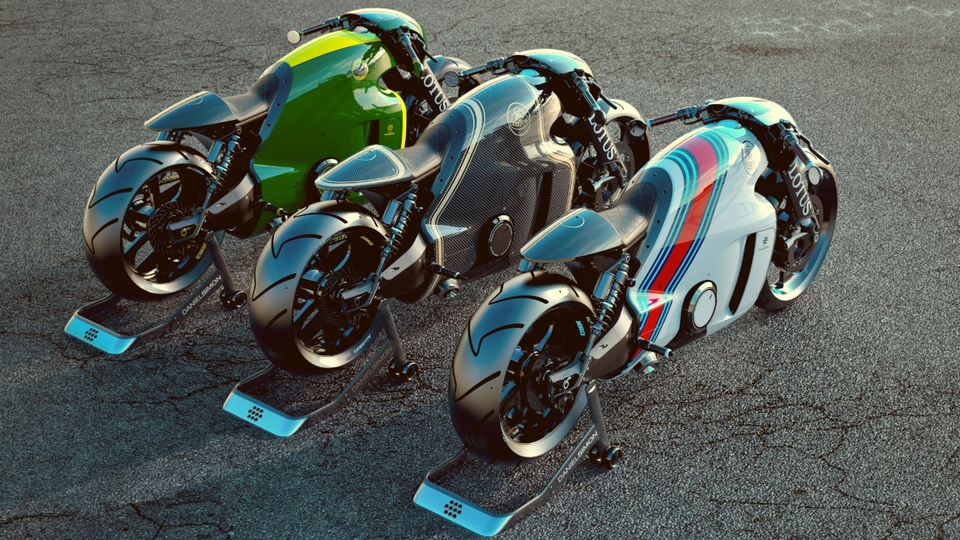 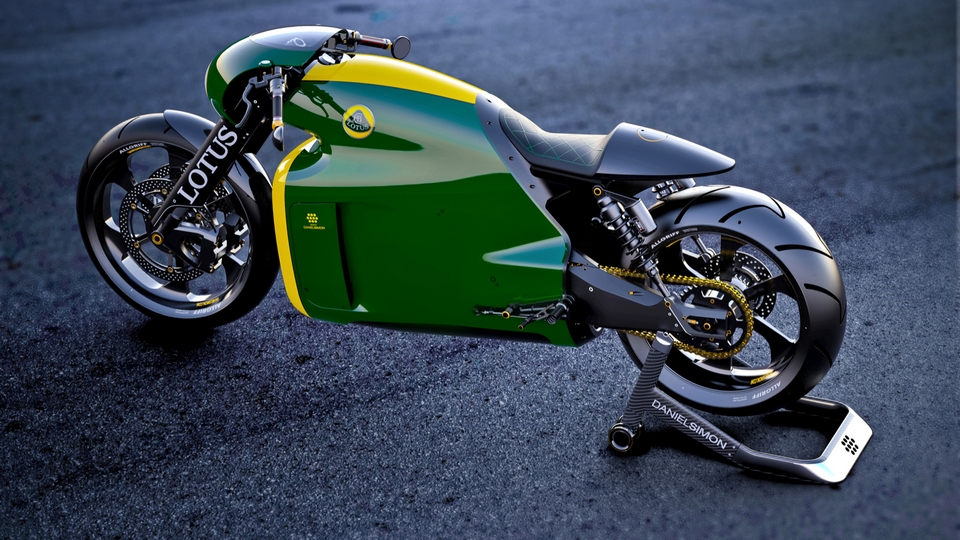 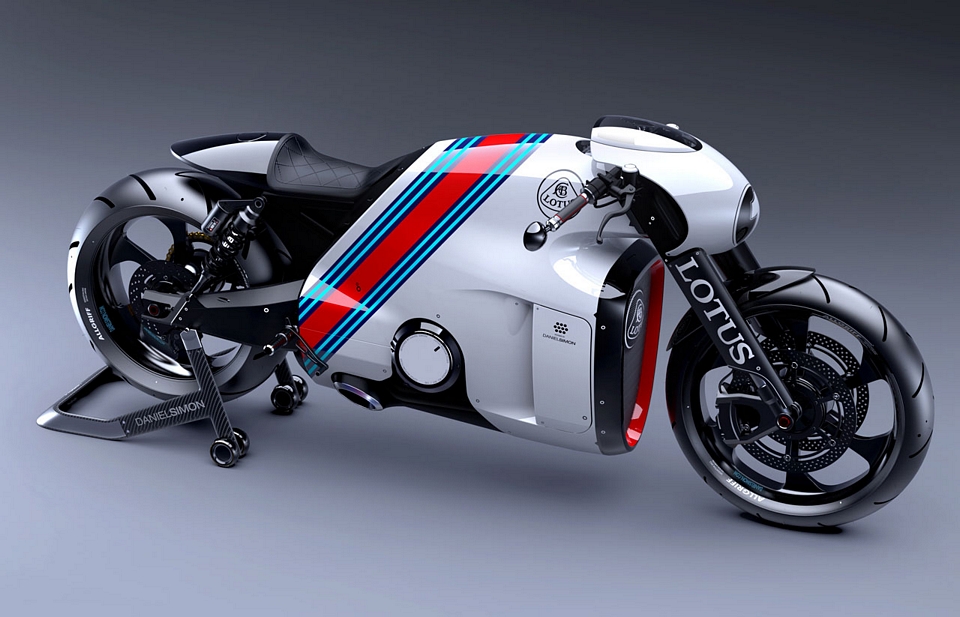