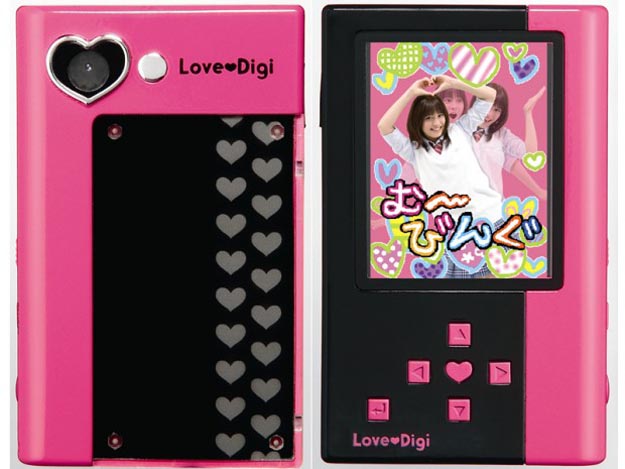 The Purikura craze has come and gone for many of us, but the thing reportedly remains huge in Japan.  With the Love-Digi Moving Photo Camera, you won’t even have to take a trip down the mall to get your shamefully adorable pictures taken.  You can now grab the same heart-covered snaps using a handheld device that fits in your pocket.

Deny it all you want.  You’ve probably visited your share of Purikura photo booths and took home a set of those darling shots.  With this gadget, Takara Tomy managed to shrink the experience down to size, putting the whole thing on an appropriately girly camera that looks about the size of a pocket camcorder. 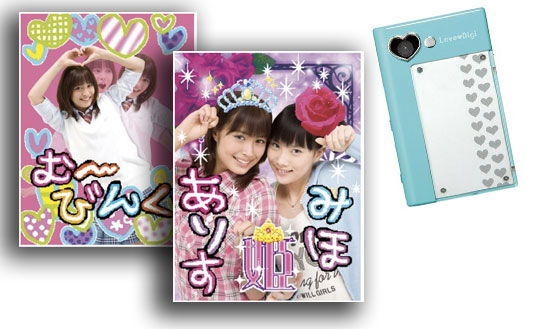 The Love-Digi rocks 2.0 megapixel optics, a 2.34-inch LCD with a 480 x 234 resolution, 1GB of internal memory and a slot for microSD card expansion.  It won’t print actual sticker pictures, which sucks; instead, it produces animated GIFs that you can enjoy on the device or transfer to your computer.  Finally, you can have a Facebook profile photo that proclaims your mental maturity to the world.

Of course, you can probably do the same thing with a decent photo-editing software on a computer.  With 40 backgrounds, 30 frames, 120 stamps and the likelihood that the company will release additional decorations, though, it sounds like a heck of a lot of fun.  If you’re a little girl.  Or a big man with fruity tastes.

Takara Tomy has the Love-Digi Moving Photo Camera in either green or pink, draining three AAA batteries in 2.5 hours of use.  It’s hitting Japanese stores beginning November 21 for approximately $168.