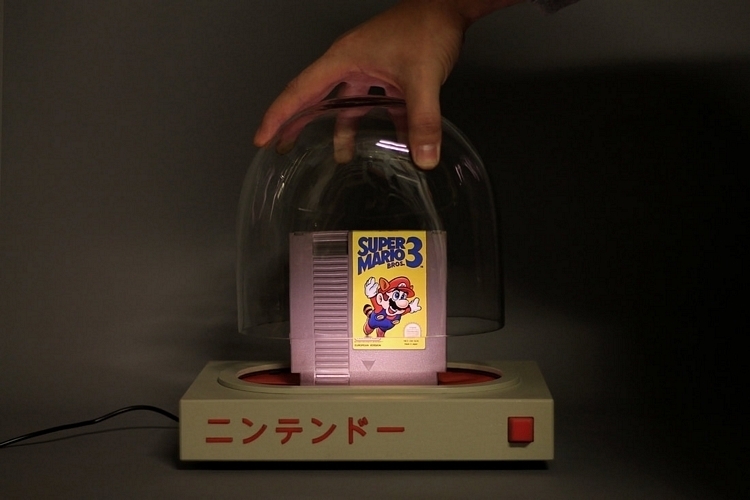 At first glance, it looks rather regular enough, appearing as a compact box that sports a pair of cartridge slots on top similar to Analogue’s NT Mini. Except, it’s filled with plenty of details that make it feel more like a Nintendo shrine than a simple retro console. 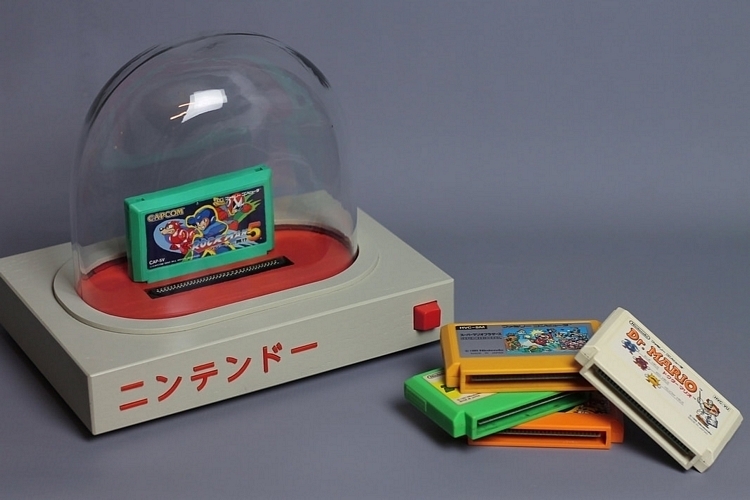 The Love Hulten Pyua houses the electronics in an erstwhile standard form factor for home theater gear, albeit one that’s adorned with Japanese lettering (we have no idea what it means, but we’re guessing it corresponds to the console’s name) and a large red power button out front. The two cartridge slots on top are placed in a recessed oval section that’s painted in a red hue, making the cartridge look like a museum display when it’s lodged on the slot. To further accentuate the museum display aesthetic, it comes with LED lighting emanating from the bottom, illuminating the cartridge, so you can see the game you are playing clearly even in the dark, as well as a glass dome you can set down to cover the entire oval section. Yep, it’s basically a museum piece on display in your media cabinet.

It comes with a matching cartridge shelf that’s sized to hold up to 20 games, so you can keep all your cartridges nearby in a rig that matches the console. The freestanding shelf, by the way, comes with a handle on top that you can remove, in case you want to set down the console on top of it. And yes, both the console and the shelf are sized to stack perfectly, allowing you to save on space, in case you need extra surface space on the desk or the media cabinet. 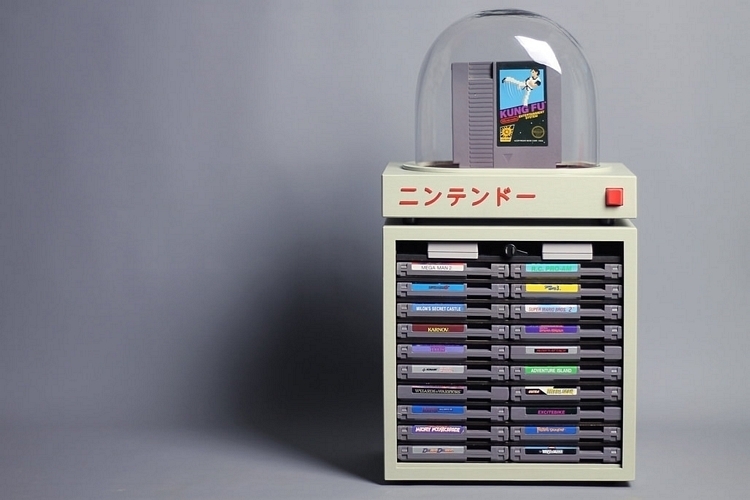 The Love Hulten Pyua comes with a PCB of the Analogue NT Mini inside, which holds all of the necessary processing muscle to handle all NES and Famicom games without degradation or input lag. According to the outfit, it exhibits all the familiar performance traits of the popular retro console, from the frame rate and lag-free operation to the color replication and audio quality. And yes, it also upscales the video output to 1080p, ensuring you enjoy an 8-bit experience that’s enhanced for modern times. 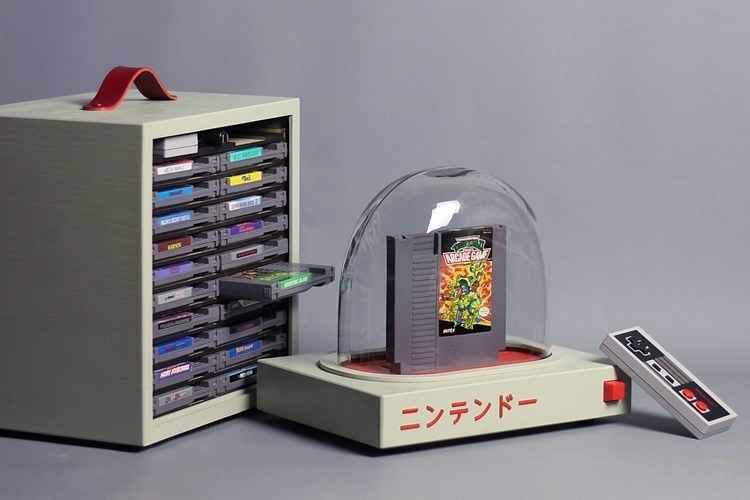 Two NES30 wireless controllers from 8Bitdo are included with the console, so the gaming experience should feel a little more suited to modern gameplay. Construction is ash wood for both the console’s housing and the shelf, with an off-white and red finish that’s reminiscent of the colors of the original Nintendo consoles.

For now, Love Hulten is calling the Pyua “a conceptual tribute and a delicate homage,” with no direct word on whether they’re looking to sell them. Given the outfit’s experience selling retro machines, though, they probably would at a price that’s even higher than what Analogue offers. Probably a good idea to keep tabs on Love Hulten’s website if you’re interested.