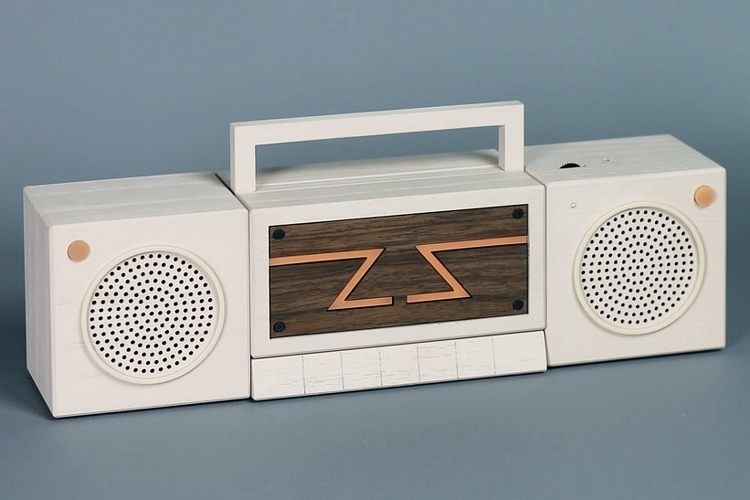 We’re big fans of Love Hulten’s gaming systems, which combine a playful gaming experience with refined aesthetics. While previous releases focused on home gaming systems, the Luv Hulten Zette System lets you bring the outfit’s unique take on gaming with you on the road.

A portable two-player game system, the rig consists of an emulator PC with a built-in video projector, two controllers, and a loudspeaker. What makes it special, though, is that the whole thing is designed to assemble as an 80s-style boombox when not in use, so you can walk around town with a mini-ghetto blaster for no reason whatsoever. And, no, you can’t use it as an actual boombox, so it won’t give you a way to play those boxes of cassette tape you have sitting in the attic. 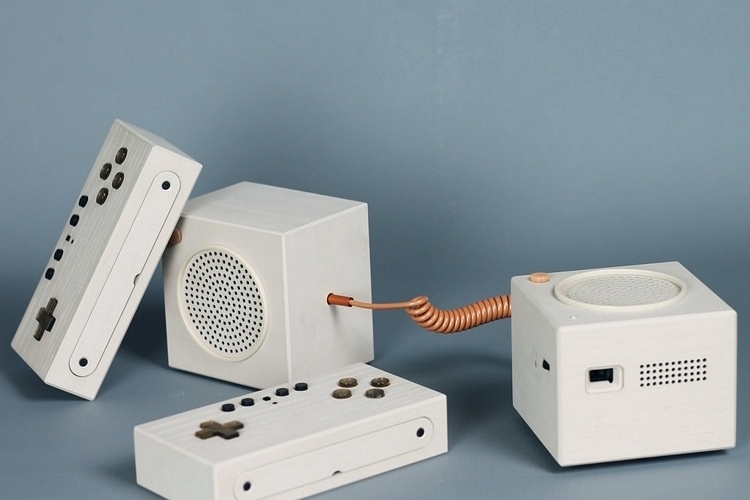 That’s right, that wooden cassette player is actually a retro gaming rig. When assembled as such, the Love Hulten Zette System’s right speaker actually houses the main system (both the emulator PC and the projector) while the left speaker is… well… the actual loudspeaker. The front and rear central panels, on the other hand, are the contraption’s controllers with the buttons facing inwards to obscure them from sight. All components easily snap together using integrated magnets, so you can carry it by the handle on top without worrying about parts falling off while you’re on the move.

The computer system comes with emulators for 15 different retro machines, including consoles from Nintendo, SEGA, and Atari, among others. You can use it much like any PC emulator, so you can just load your favorite ROM via USB and start playing. It comes with onboard storage sized to hold around 10,000 games, so you can literally dump your ROM library on here to bring all your favorite retro titles on the go. 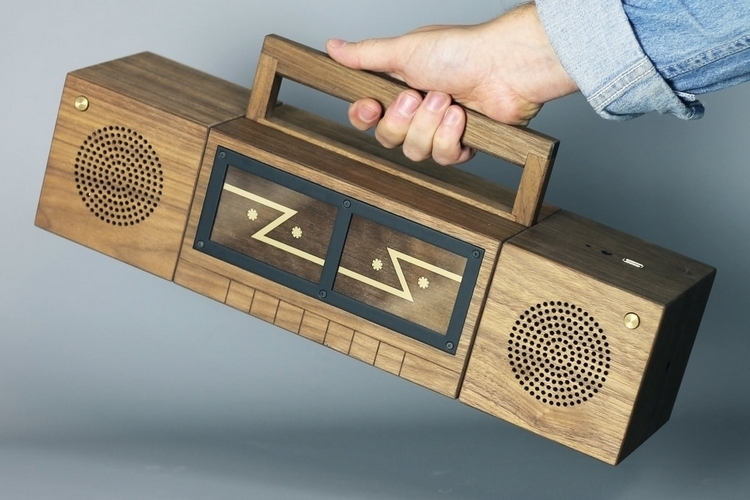 The Love Hulten Zette System uses a DLP LED projector that can beam images at a paltry 640 x 480 resolution, giving your retro titles the terrible visuals they deserve. Just kidding. The projected images actually looked good based on the photos, provided you turn off the lights in the room and place it a reasonable distance away from the wall, with the outfit recommending anywhere from one foot to nine feet away. It can run for around two hours of gameplay on a single charge. 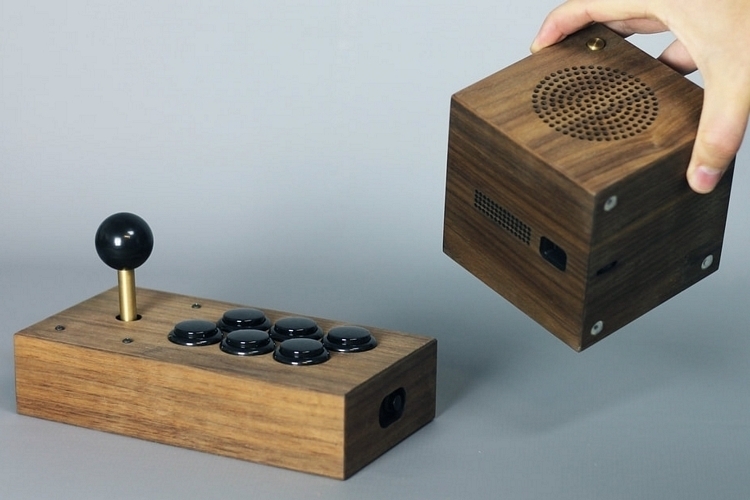 It comes in two variants: regular and arcade. The regular version includes controllers with a D-pad and four action buttons similar to gamepads of old, while the arcade version swaps out the D-pad in favor of joysticks for more satisfying gameplay. Yes, the controllers are all wireless, so you don’t have to mess with wires all over the place, although the main system and the speaker do need to be hooked up when playing. Do note, the arcade version is considerably bigger than the regular one (so much so that they put two fake tape decks in it), so you might want to consider how the added size can affect its portability. 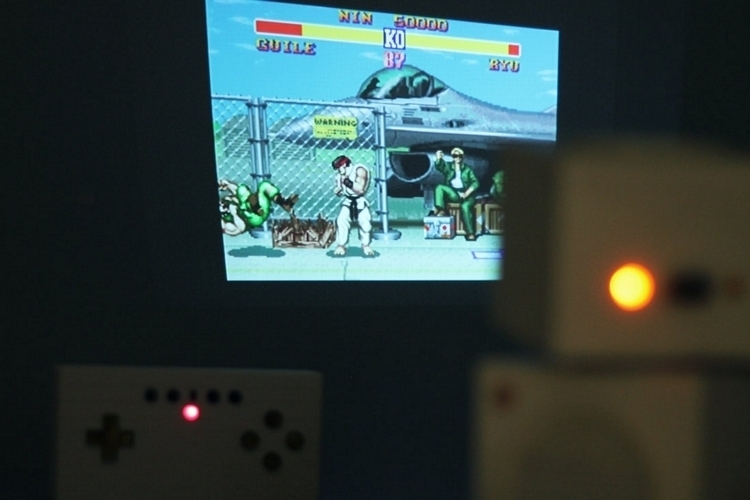 Pricing for the Love Hulten Zette System is set at €1899 for the standard model and €2399 for the arcade edition. Only 25 of each will be made.