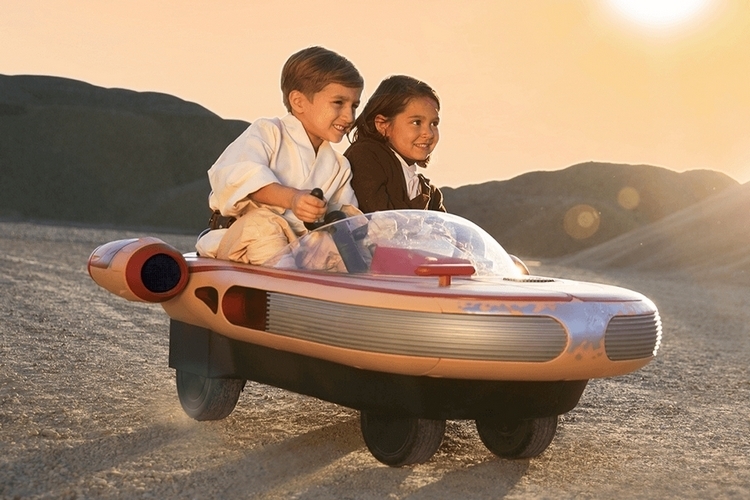 You know how you’ll sometimes see toys for kids and wish they had one for grown adults, too? Yeah, that’s likely the feeling you’ll get when you see the Luke Skywalker’s Landspeeder by Radio Flyer, which brings one of the greatest Jedi’s anti-gravity vehicle into your children’s mini-garage.

That’s right, Radio Flyer made a ride-on version of the X-34 Landspeeder from the original Star Wars movie, so kids can ride around the neighborhood like a Jedi Master bent on defeating the Galactic Empire. Basically, it’s a toy that fulfills the dream of every child who watched Star Wars back in the day. Except, you know, those children probably have their own children now because, let’s be honest, the darn thing is a several decades overdue. 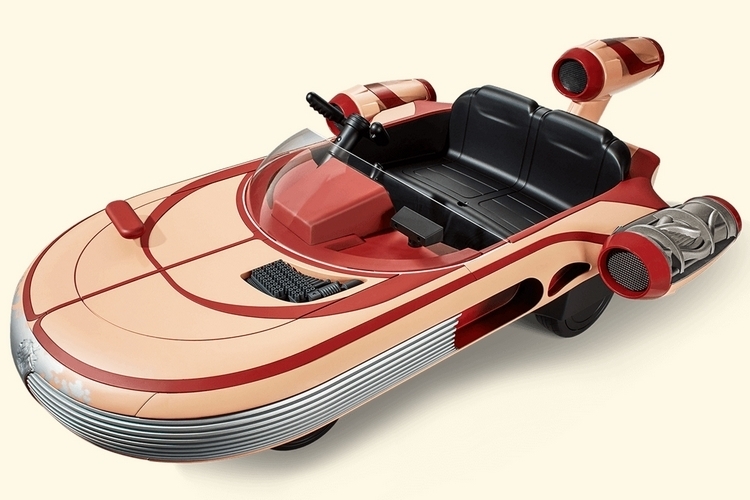 Unlike the fictional vehicle that’s supposed to hover above ground, Luke Skywalker’s Landspeeder by Radio Flyer only runs on four wheels, since it’s 2017 and we still don’t actually have any functioning hovercraft technology that the ride-on could have used. That means, it’s probably running on the same drivetrain that powers every other kiddie car in existence, like this VW Microbus, this KIA Soul party SUV, or this mini-Morgan three-wheeler. Of course, it still looks like the Soro Suub Corporation X-34 Landspeeder Luke owned in the 1977 movie, making it just a tad more awesome.

To capture the look of Luke’s old and battered vehicle, the kiddie car gets some distressed paint job on the front, complete with a spot that resembles the big dent in the original Landspeeder’s nose. Since looking too beat up will probably affect the toy’s appeal, they kept the distressed paint job just on that area, so the rest of ride actually looks brand-spanking-new. 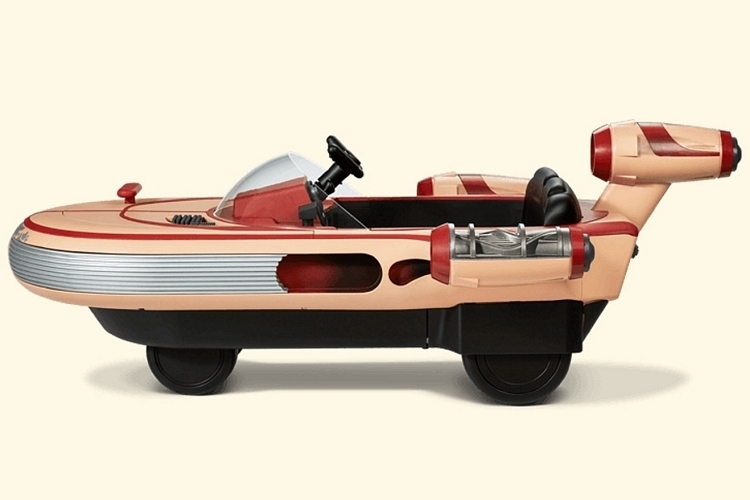 In the cabin, Luke Skywalker’s Landspeeder by Radio Flyer comes with seating for two kids. Big emphasis on kids, by the way, since the darn thing can only hold a maximum combined weight of 130 pounds. You also get a pedal for propelling the vehicle forward, as well as a steering wheel so your kids can go around running into parked cars for the heck of it. Gear shift switches allow kids to go at either 2 mph or 5 mph, while a reverse gear gives them a way out when finding themselves stuck in dead ends and narrow spaces (or angry Sandpeople, whichever the case may be). 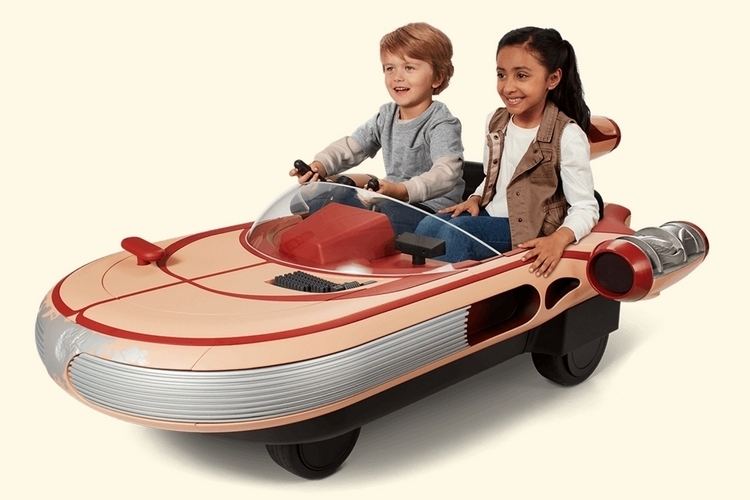 Five colored buttons are available on the dashboard, each one unleashing a different offensive weapon from the vehicle’s arsenal. And by weapon, we mean annoying noises, namely engine sounds, flight sounds, C-3PO babble, R2-D2 bleep-bloops, and Luke Skywalker’s heroic meanderings, with all audio taken directly from the original film. Oh yeah, those buttons come with light effects, too, as if loud sounds and driving all over isn’t enough to drain the ride-on car’s rechargeable 12-volt battery. The toy, by the way, weighs just 59.9 pounds, so you can easily pick it up and hide it away on the top of a tall cabinet when the time comes (and you know it will) that your kids eventually tire of the darn thing.

Slated to ship in September, Luke Skywalker’s Landspeeder by Radio Flyer is priced at $499.99.