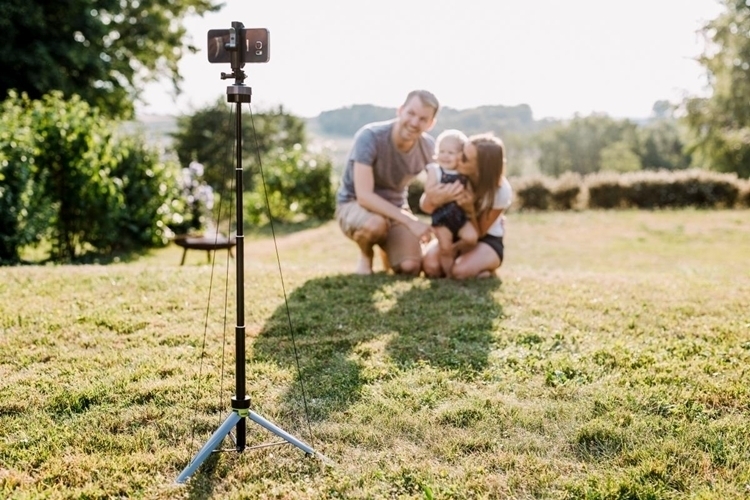 Using a tripod to ensure steady shots is great. Having to set up the tripod every time you need to use it? Not so much. Simply put, all that set up ensures you can’t use it when capturing fleeting scenes, all while eating up a lot of time in other situations. The Lumapod changes that.

Billed as “the world’s fastest tripod,” the rig can be deployed to stand on the ground in as little as four seconds. Yes, you’ll still have to set up the camera (or light or whatever gear you’re using it for), which should put in additional time, but it does remove a time-consuming component and should help speed up your tripod-aided shots. 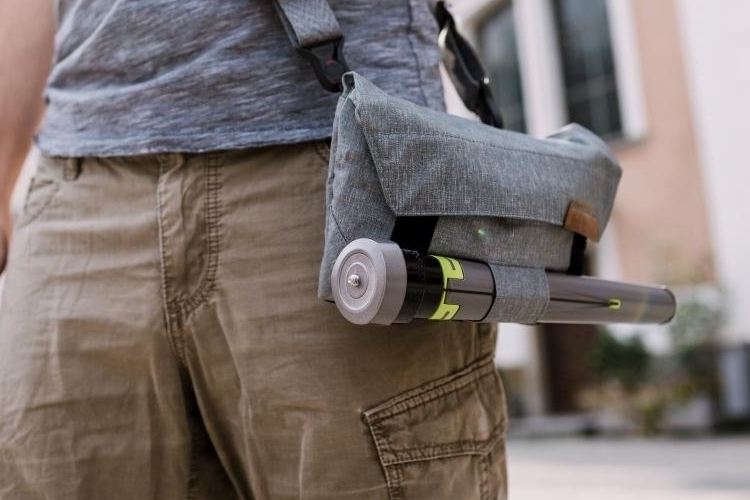 When collapsed, the Lumapod looks like a thicker and sturdier monopod that you can use to film subjects (including yourself) while being carried in just one hand. When you need to shoot a scene hands-free, though, simply twist the top of the tripod to unlock it, extend the telescoping body, and pull out the legs. That’s right, the tripod consists of a long telescoping body and three short legs under it, making it look more like a mic stand than a rig for holding your camera steady. And, yes, that design sounds terribly unstable for something that will carry a reasonably heavy camera and lens on top of it.

For that reason, the outfit included three Kevlar ropes that each run from the top of the tripod to one of the legs, providing the necessary tensioning to add stability when it’s set down on a surface. Will this be as stable as regular tripod with three long legs providing the necessary compression to hold in place? Probably not. They are quite honest about it, though, telling folks to opt for a regular tripod if they value better stability, especially you’re working in uneven terrain and windy conditions. If you’re dealing with mostly flat surfaces in calm weathers, though, the simplicity and versatility sure makes it good enough to be a suitable alternative. 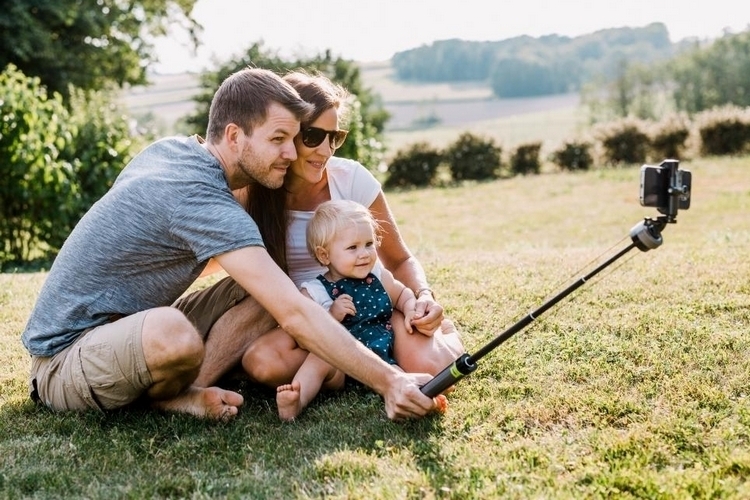 The Lumapod comes in two models: the Go85 and the Go120. Both get the same general design, albeit the former has a maximum height of 33.5 inches (85 cm) and the latter reaches up to 47.3 inches (120 cm). The bigger tripod also has a bigger footprint, which should make it more stable, all while carrying maximum loads of up to 4.4 pounds compared to the smaller unit’s 2.2 pounds. Basically, if you’re going to use a DSLR or mirrorless camera with some large lenses, best opt for the bigger model to make sure it can carry the weight. 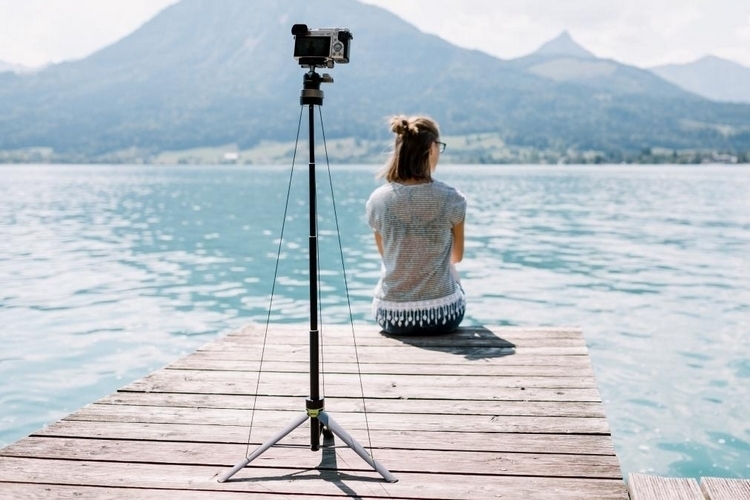 When collapsed, by the way, the smaller tripod measures 11.4 inches long and the bigger one spans 15.4 inches. You can use it as a monopod or a selfie stick at that length, with the option of extending the telescoping body, so you can take selfies at a greater distance.

A Kickstarter campaign is currently running for the Lumapod. You can reserve a unit for pledges starting at €69.