Lume Cube Edge Light Brightens Up Your Webcam Footage While Serving As A Desk Light, Too 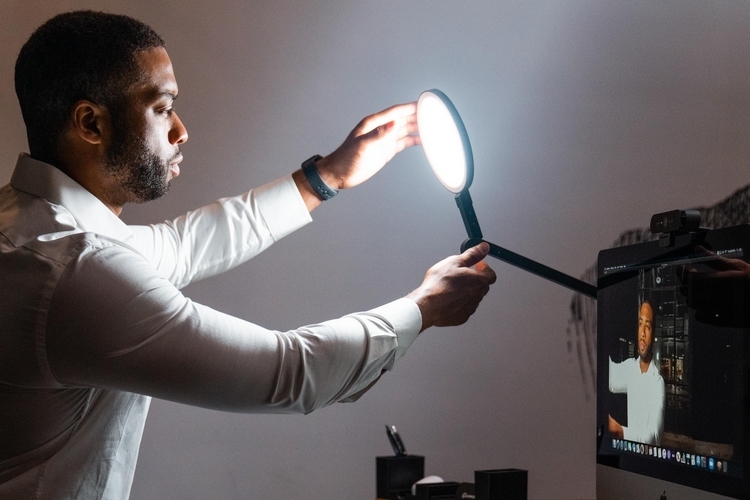 Remember when ring lights were things only vloggers and streamers actually bought? Well, that changed at some point during the last year and a half, with the rise of video conferencing making people very conscious of how they look on webcam. If you’d like your ring light to do just a bit more than illuminate your face during remote meetings, the Lume Cube Edge Light offers to double as a functional desk lamp, too.

That’s right, this ring light will not just enhance your appearance on video, you can make an easy adjustment to have it brighten up your workspace when you’re done with that video call, too. Whether you teach virtual classes, perform remote work from home, or just want more professional lighting for your desk at the office, this thing gives you a ring light and a work light right on the same rig. 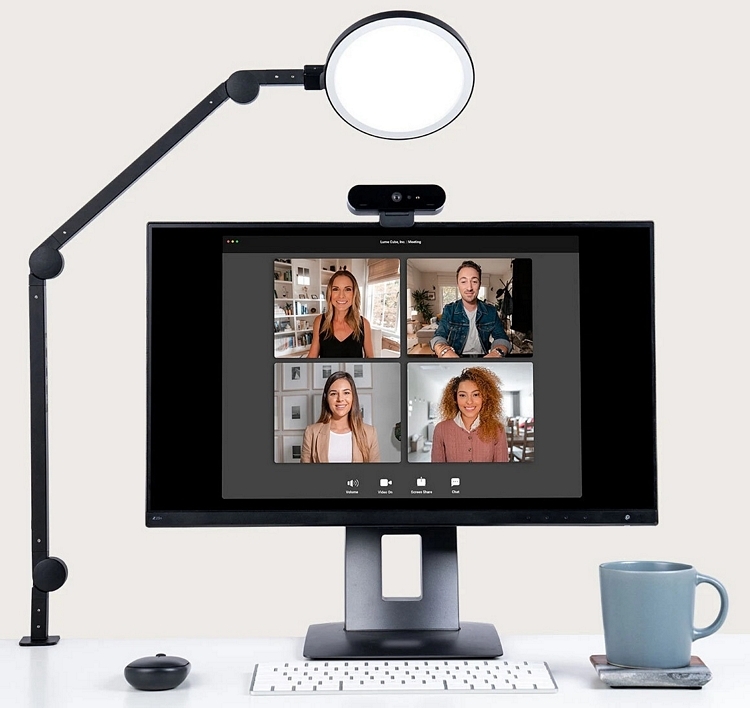 The Lume Cube Edge Light is an erstwhile standard-looking ring light that utilizes edge-lit LED technology, allowing it to distribute light evenly across its coverage area. It’s flicker-free, so the illumination stays consistent at all times, all while softening the quality of light in the scene, allowing it to create a professional appearance whenever you film yourself in front of a webcam.

Touch sensitive capacitive buttons on the arm allow you to adjust brightness anywhere from 1 to 100 percent and color temperature from a warm orange hue to a cool white light. That way, you can make the exact adjustments you need to make yourself look best in any setting, regardless of the amount of ambient light you have in the room. While a single light should be enough to enhance your appearance for video meetings, those who want to use it for more professional applications (e.g. vlogging or streaming) might want to use two (one on the left and one on the right), as that will do a better job of eliminating any glare and shadows in the scene. 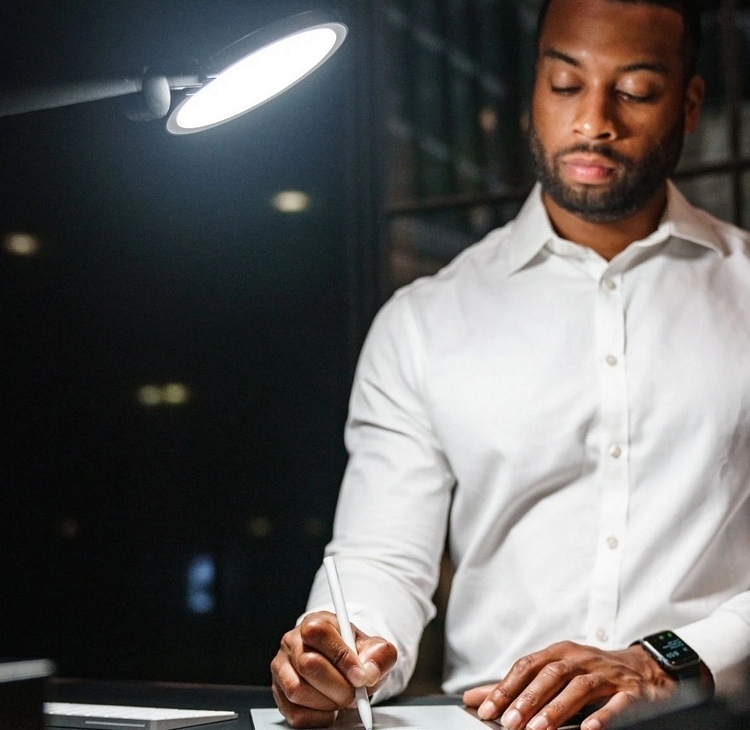 The Lume Cube Edge Light is held on an articulated arm that has five built-in points of adjustment, including multiple pivot joints that let you angle the arm towards different directions and a 360-degree rotating main head. That rotating head allows you to easily angle it towards you for webcam illumination, as well as direct it towards any part of the desk for illuminating whatever you’re working on. You can also move the arm to hold the head at the highest point and angle the light to illuminate as much of the desk as possible to brighten up your entire workspace. The arm, by the way, is designed to clamp to the edge of a desk, making it easy to set up anywhere you decide to work for the day. 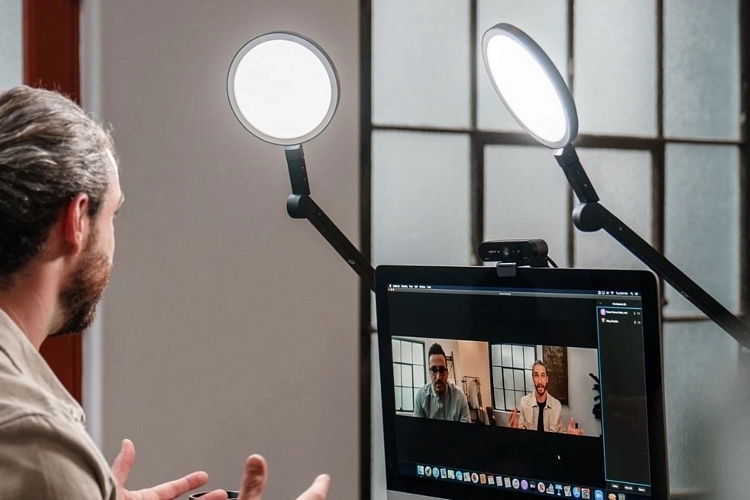 Do note, it requires plugging into a wall outlet, with no built-in battery, so it’s strictly for indoor use where you’ll have access to available power. Aside from providing illumination, though, it also comes with two integrated charging ports, namely one USB-C and one USB-A, so you can use it as additional charging hub, in case you’re one of those folks with too many devices that will require charging on a daily basis (we don’t judge, we’re the same way). 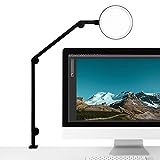