Lupinesse: Ice Cream For The Lactose-Intolerant 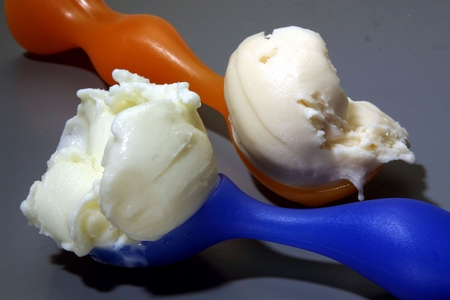 You’re lactose intolerant, yet you eat ice cream and you can’t help yourself.  That’s why I never go into an elevator with you.  Now you know.   Maybe you should go and eat this instead: Lupinesse, an ice cream for people with your gastro-intestinal senstivity.

Developed by researchers at the Fraunhofer Institute, it’s not actually real ice cream — there’s no milk in it.  It’s supposed to taste extraordinarily close to the real thing, though, so you can close your eyes and imagine you’re scooping out of a Ben & Jerry pint. 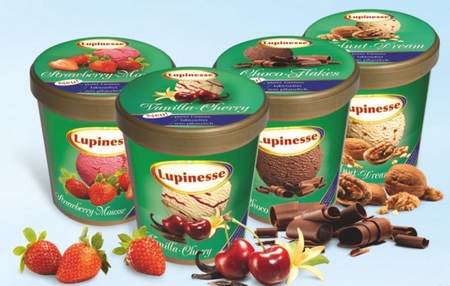 The Lupinesse is a non-dairy ice cream alternative that’s made from blue sweet lupin flowering plant.  While it loads up on sugar just like regular ice cream (same fat content), you get none of the milk, making for one sweet cold treat without the succeeding flatulence.    It’s not the first attempt at using lupin plants to produce ice cream either — it’s the first one developed, though, that really comes close when it comes to the taste and consistency of the beloved frozen dessert.

According to the press release, the particular lupin variety used for the food product is the real secret to its unique quality.  Rich in protein with a balanced flavor, it enables the team to produce both the creamy consistency we’ve come to expect from ice cream and its delicious taste, all while being a healthier alternative.

For all we know, Lupinesse could taste just like the same crap as other ice cream alternatives out there.  If you’re in Germany, though, you can find out for yourself, as it’s currently available in four flavors: Vanilla-Cherry, Strawberry-Mousse, Walnut Dream and Choco-Flakes.