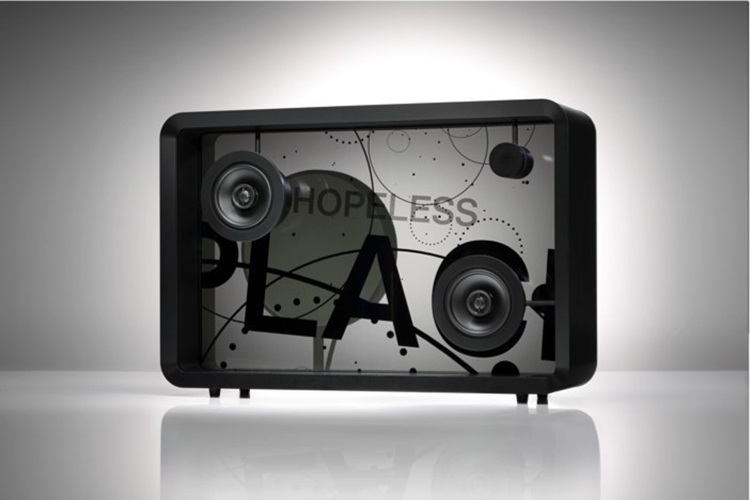 Music visualizers have been a part of the way we enjoy music since the early GUIs on PCs sprung up. And it continues with us in our modern laptops, tablets, and smartphones. For some reason, though, visualizers haven’t quite made it into the realm of speakers and home players. That changes with the Lyric Speaker.

Instead of merely integrating the visuals inside a small display somewhere on the speaker, it uses the entire front fascia as a screen. As such, you can spend the time listening while also staring at the damn thing without having to inch up close, which isn’t the most comfortable idea while chilling in the living room. 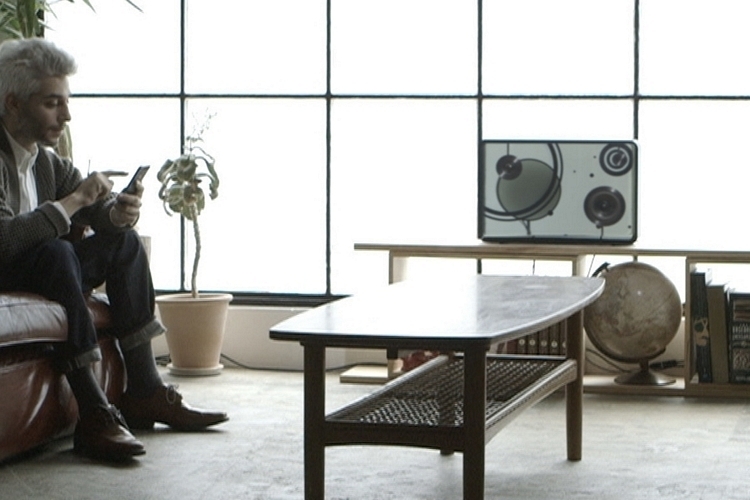 The Lyric Speaker doesn’t just show dynamically-generated motion graphics either, as it automatically integrates the song lyrics into the visuals, too. That way, you can check out the screen when you want to understand what Rihanna was actually saying in that Work song the next time it comes on, as well as sing-along to any song while actually reciting the correct lyrics this time around. And, yes, the generated visuals will vary depending on the song’s tempo, so you don’t have to put up with annoyingly powerful graphics while trying to relax with soft music in the background.

As for the actual speaker, it comes with two coaxial loudspeakers and two drawn cone speakers, with a dual passive radiator system and 40-watts of total power output. It uses a 22-inch transmissive LCD, along with WiFi for streaming music from your favorite audio sources.

Now available in Japan, with international availability slated soon, the Lyric Speaker is priced at around $3,200.