MacGyver: The Escape Room Game Brings The Resourceful Secret Agent To The Tabletop 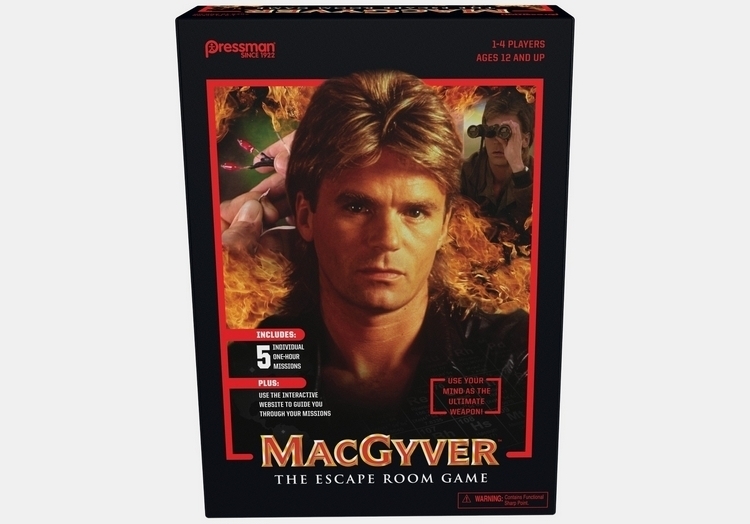 If you’re a certain age, you probably watched MacGyver when you were younger. And you enjoyed it, looking forward to a new episode every week. And you probably tried to watch it in a streaming service only to be disappointed by how campy everything feels after 30 years. If you want to relive the adventures of the resourceful secret agent without having to watch the original series, maybe you can enjoy it playing MacGyver: The Escape Room Game instead.

Bringing MacGyver to the tabletop, it’s an escape room game that puts the titular character in one of those enclosed spaces, where he will have to use everything at his disposal to make it out alive. That’s right, they decided to use MacGyver in the presently booming escape room game trend, which, let’s be honest, is about as clever a way to use the character as you can probably get, since busting out of a locked room using inventive problem solving has always been one of the specialties for the iconic 80s protagonist. 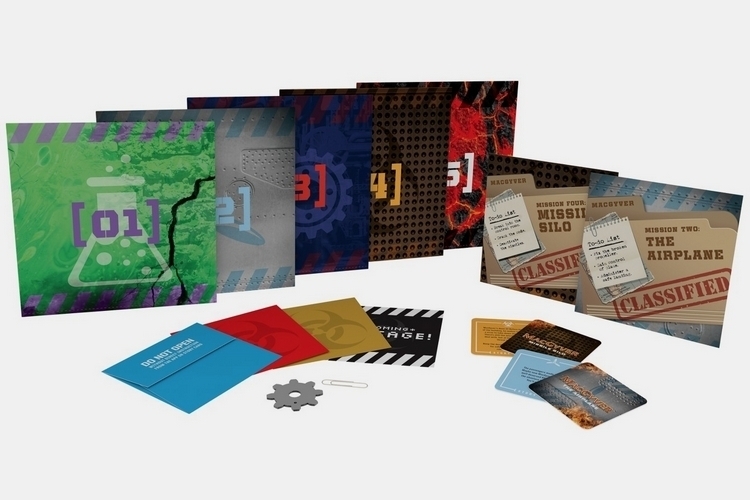 MacGyver: The Escape Room Game comes with five different boards representing individual missions, each one requiring you and other players to use whatever tools you can find to make a successful escape. You know, similar to what McGyver used to do back in the series’ original run from the 80s. We know, it looks preposterous now watching him escape certain death using the most banal objects, but there was a time when the world was a less-jaded place, leading them to buy those same storylines the same way children excitedly buy imaginary clothing on Fortnite.

As with other escape room games, each mission comes with several objectives, all leading up to a final scenario whose completion will allow you to foil the nefarious Murdoc’s plans. Those objectives consist of scenario puzzles (e.g. diffuse a  dangerous bomb), which you solve by applying strategic thinking to all the random tools and clues that you find along the way (well, technically, you draw them from the deck). And, yes, each mission needs to be completed before the time is up, so you’re going to have to think fast on your feet, making for a fun and challenging game. 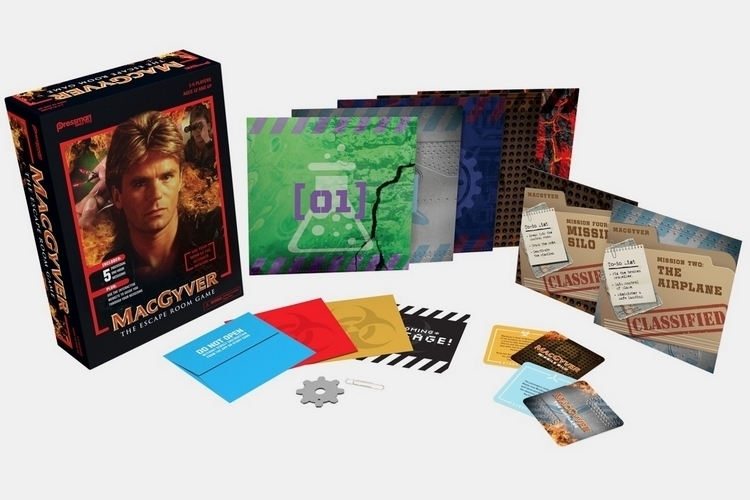 MacGyver: The Escape Room Game is designed for two to four players coming together and cooperating to complete the final objective. According to creators Pressman, the missions have an intermediate level of difficulty, so this should be fine to play for most school-age kids (the recommend eight and up), who should be able to figure out the necessary solutions without running into a wall. The missions are supposedly based on actual MacGyver episodes, too, so you can relive the 80s classic, in case you’ve been feeling nostalgic for the Phoenix Foundation agent with the semi-mullet hairstyle. Each game is designed to last between 30 to 40 minutes, too, so the entire box should make for around three or so hours of fun first-time gameplay.