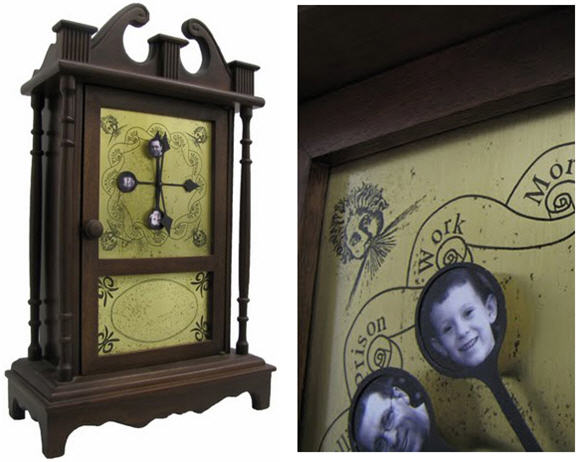 Harry Potter fans probably remember the strange-looking Whereabouts clock from the Chamber of Secrets movie that showed the status of each of the Weasley family members.  Some guy called “Slip” thought it was a good idea and used pretty awesome workshop skills to design his own.

He christened the creation as the Magic Clock and it actually works.  It’s not endowed with esoteric powers, though.  Instead, this real-life version of the Whereabouts manages its location-pointing capability by checking each person’s Twitter feed updates. 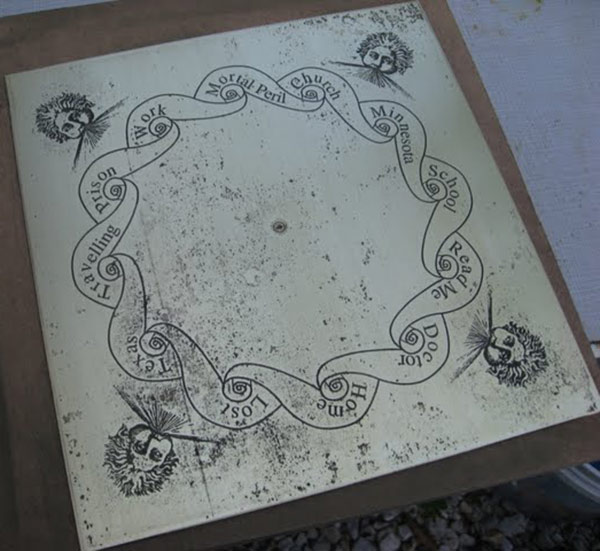 According to the creator, his kids geeked out on the Harry Potter books, wearing the costumes and memorizing magic spells.  After teasing them that magic isn’t as cool as science and engineering (which is a lie – magic is cooler), he ended up having to prove himself to convince them.  The result is a magical-looking, web-connected, mechanical contraption that probably didn’t convince his kids that engineering was cooler than magic.  Regardless, it’s pretty cool all the same.

The Magic Clock sports an antique-looking mantel clock body, complete with brass faceplate and hands.  Like in the movie, the real-life Whereabouts device displays locations where family members could end up, including Mortal Peril right at the twelve o’ clock mark.  Of course, if someone’s in danger, I doubt they can muster up the dexterity to Twitter, but who knows?

Inside the box, however, is where the real magic happens.  The clock operates using a Seeeduino microcontroller board, which processes Twitter updates from each family member.  After checking for words that correspond with any of the twelve locations on the dial, the custom-made movement then positions the hands to the appropriate spot.  When no match is found, the hand points to the “Read Me” location at four o’ clock, which, I assume, is a prompt to read the particular family member’s Twitter updates.

Pretty awesome job.  While there’s plenty of interest from readers in buying one, the Magic Clock is strictly a personal project (for now) and isn’t for sale.  Slip does seem like a helpful lot, though, and details his construction over at the dedicated site.

[The Magic Clock via Technabob]