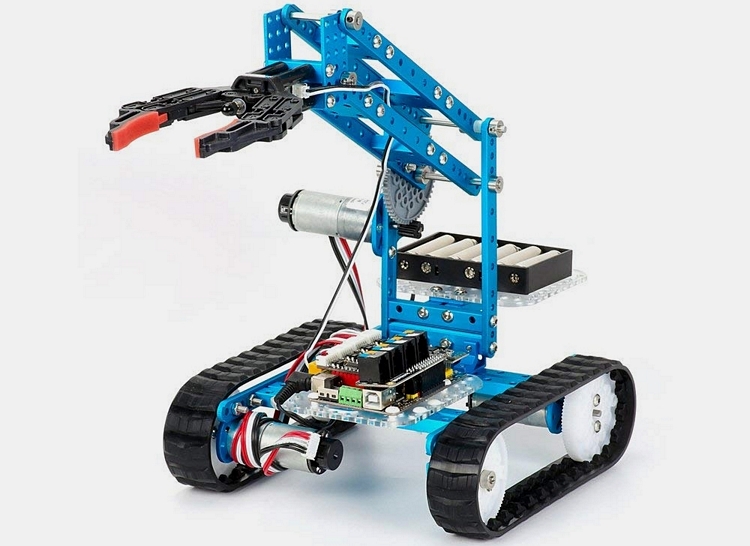 There’s no shortage of robot kits currently in the market, all of which are aimed at helping kids get a jumpstart on coding and robotics. Most of them assemble into one specific robot design, which you then program to perform a whole host of functions. The Makeblock Ultimate 2.0, on the other hand, can assemble into 10 different robots, allowing kids to mess around with a whole host of mechanical functions.

That’s right, this STEM toy allows you to build 10 different robots, each equipped with its own unique capabilities, allowing kids to experience working with a wide range of robot functions. From robots that move on wheels and automatons that walk on four feet to gripping robots and a miniature weaponized robot, this thing provides variety you probably won’t find elsewhere. 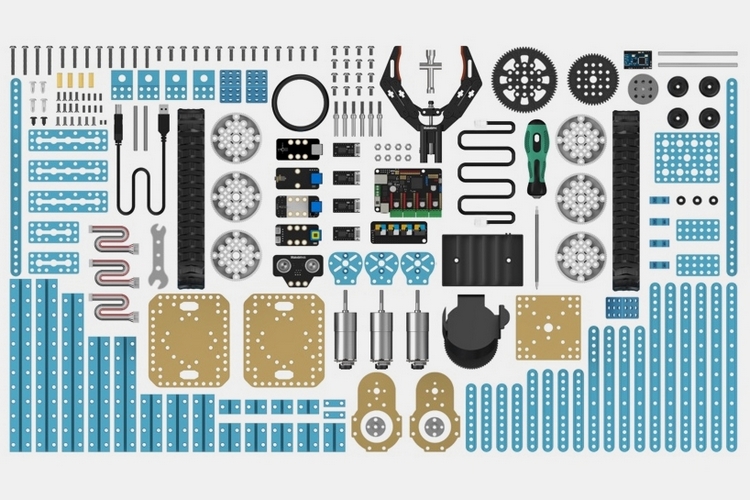 The Makeblock Ultimate 2.0 comes with 160 different parts, which includes a MegaPi mainboard (which is based on the Arduino MEGA 2560), three encoder motors, a range of sensors (ultrasonic sensor, a line-tracking sensor, a three-axis accelerometer, and a gyro sensor), and numerous mechanical parts (pulleys, gears, wheels, tracks, and more). You can use these parts to build any of 10 different robots, namely a treaded tank, a self-balancing two-wheeled robot, a tank with a gripping claw, a robot ant, a sensor-equipped robot that can move along a line on the ground, a robot bartender (seriously, it’s designed to carry a bottle, pour a drink, and bring the drink to any location you want), two 3D capture robots (each with different movement capabilities), a camera dolly (they showed it holding a mirrorless, but it looks like it may support a smaller DSLR, too), and a catapult ram (yes, you can use it to launch projectiles at people you don’t like). 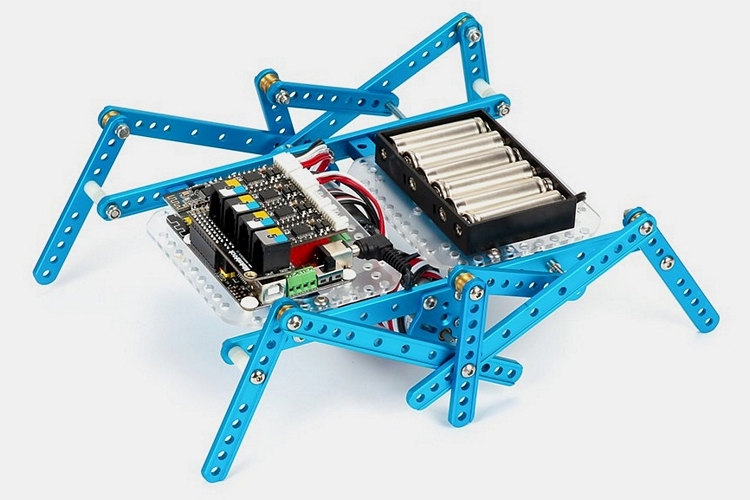 It can be programmed from a PC using mBlock, a graphical environment based on Scratch 2.0, as well as from a tablet (iOS and Android) using the Makeblock HD app. Both programming interfaces require you to simply drag-and-drop blocks on the screen, making it suitable even for kids who are dipping their toes into the coding pool for the very first time. And, yes, the robot comes with a Bluetooth radio, so you can also control your creations from the companion apps without having to do any programming. 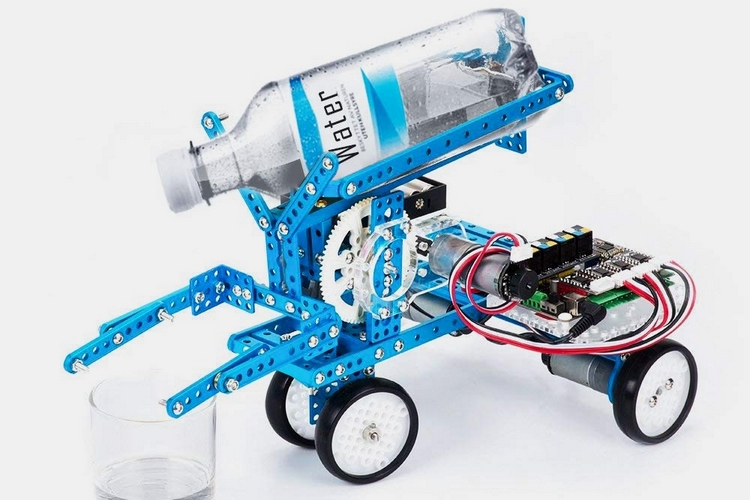 The Makeblock Ultimate 2.0 isn’t limited to the 10 robot designs either, as you can experiment and assemble the parts to make your own unique designs. And yes, the MegaPi should be able to handle a good variety of robot designs, as it’s powerful enough to drive either 10 servos, eight DC motors, or four stepper motors at the same time. With the different wheels, tracks, gears, legs, arms, and other parts included in the kit, along with the four motor drivers and three encoder motors, we imagine there’s a good load of designs more advanced users can cobble together. All designs, by the way, require six AA batteries to run, so make sure you have some on hand if you’re going to play around with the kit.

The Makeblock Ultimate 2.0 is available now. 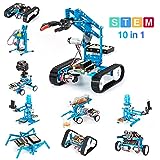