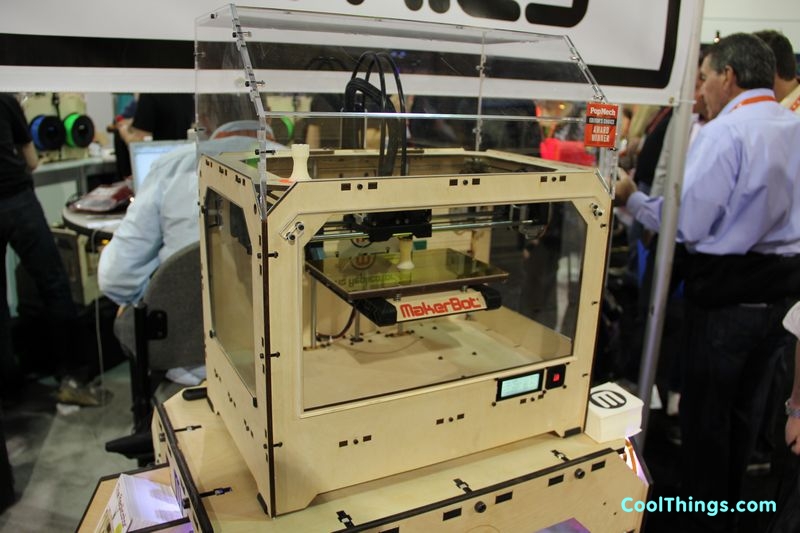 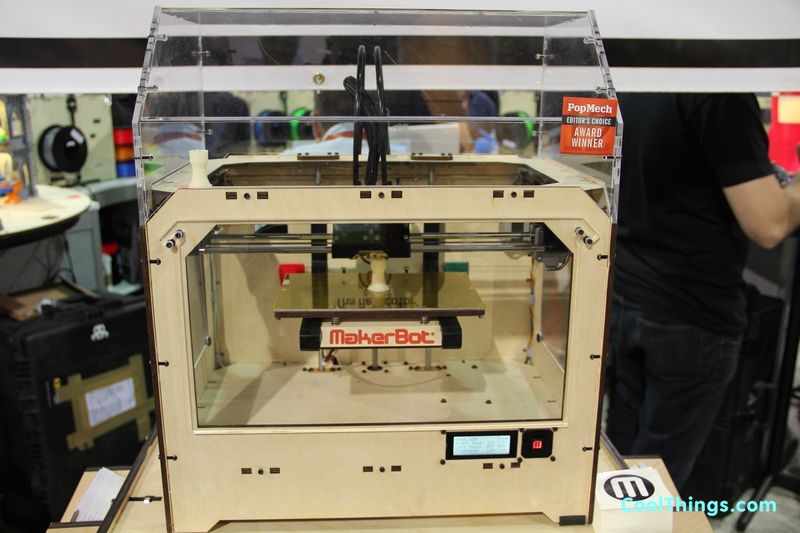 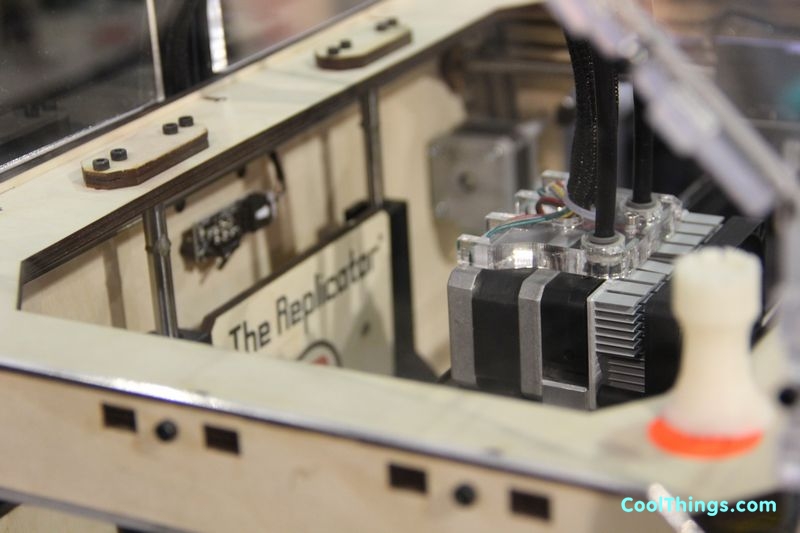 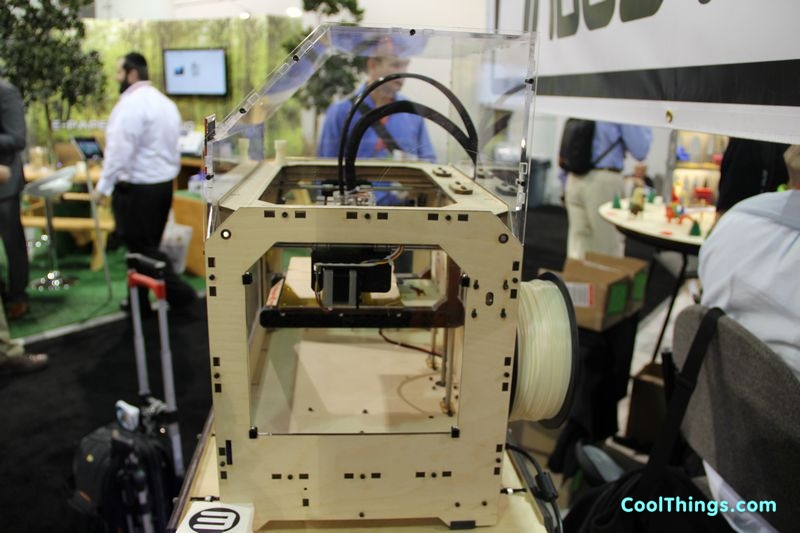 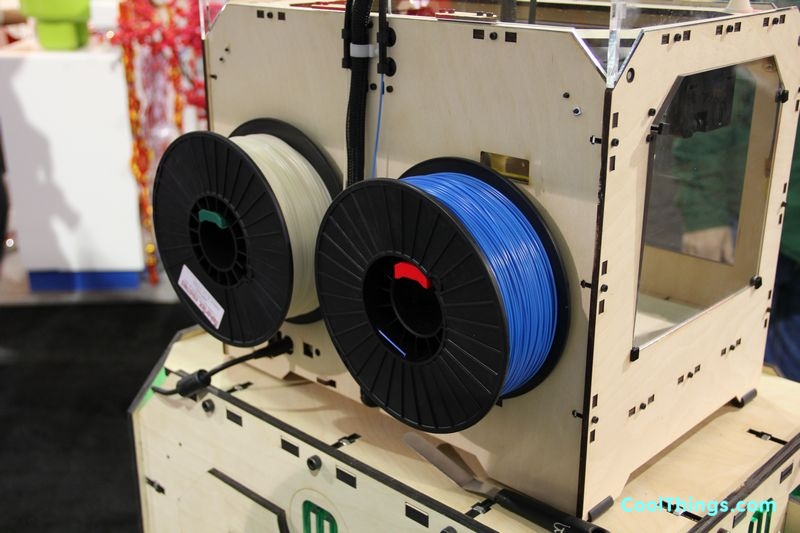 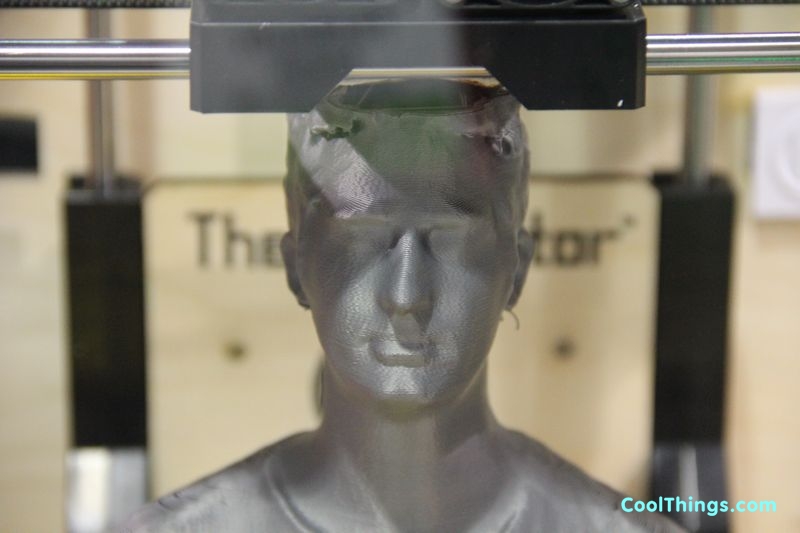 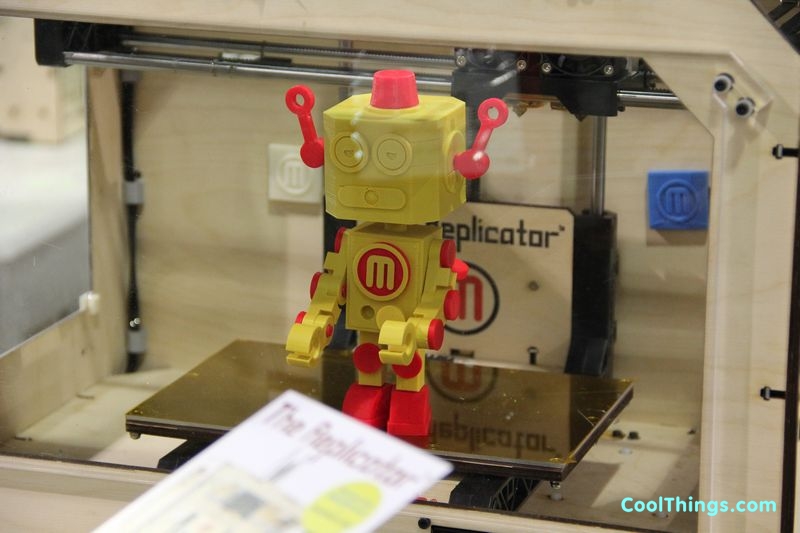 MakerBot has been cranking out their impressive desktop 3D printers for a couple years now.  Their latest, called the MakerBot Replicator, steps up its game, producing larger 3D objects than previous releases and doing it in two colors.

Since this is still a “desktop 3D printer,” it won’t let you automagically print a living pod for the backyard just yet.  Instead, the new model can produce items about as big as a loaf of bread (yes, before you eat a couple slices off it) — a considerable step up from the cupcake-sized creations realized with their original machine from less than three years ago.

Aside from the larger printing footprint, the MakerBot Replicator also features two-color printing, allowing users to build more colorful creations than before.  It manages this using a pair of MakerBot Stepstruder MK8s (the second is optional, but required if you want two-color objects), which is the part of the machine responsible for blasting formless ABS and PLA into your computer-designed 3D sculptures.

If you like designing stuff, but have little patience (or skill) actually building them with manual tools, we can’t imagine a better gadget to have sitting on your table than this.  I mean, it’s way better than posting rendered images of your design on the internet, that’s for sure.

The MakerBot Replicator will be sold pre-assembled (instead of a kit, like their old stuff), with prices set at $1,749 for the single Stepstruder and $1,999 for the double Stepstruder.  It’s currently on the floor at CES 2012 and you can pre-order it straight from the MakerBot website. Don’t forget to check out the complete gallery of some cool 3d stuff being printed by the replicator below.