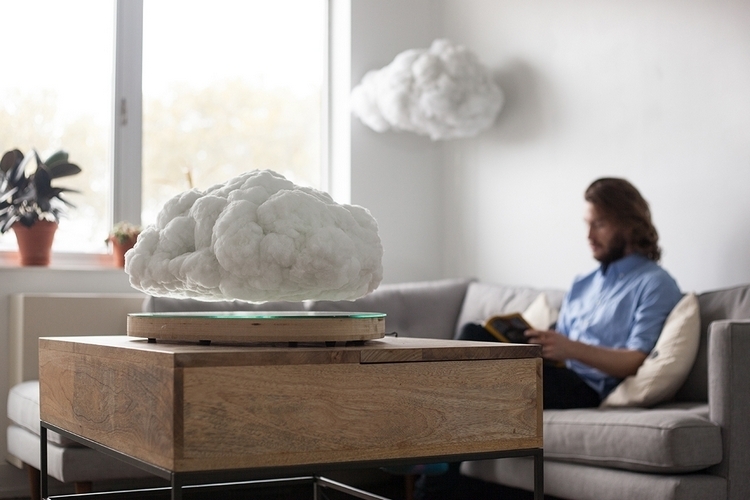 We have no idea about its merits as a home speaker, especially when compared with increasingly-impressive models from Sonos, B&O, and the rest. We have to admit, though, Making Weather is, quite possibly, the wildest tabletop speaker we’ve ever seen. I mean, it’s a fluffy cloud on a levitating base blasting your favorite tracks – that’s nuts.

To the unfamiliar, the Richard Clarkson Studio sells a ceiling-hung speaker called The Cloud, which is clad as a large fluffy cumulus with integrated lightning effects, allowing it to play your tunes while simulating a thunderstorm. This new speaker is a smaller version with a levitating design, courtesy of Crealev, allowing you to set up the same thing on top of your Star Wars android chase scene coffee table. 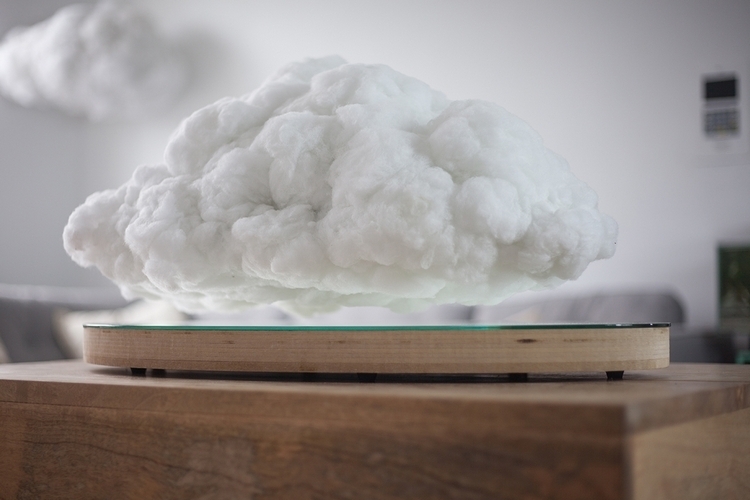 Like the original speaker, Making Weather has an Arduino controller managing the lightning show, which times its appearance in sync with whatever music is playing. When set up on the levitating base, the cloud hovers an inch or so above the surface while spinning continuously with a slight vertical bobbing, creating a dynamic-looking sight that’s bound to draw attention any room you place it. A rechargeable battery allows the cloud to operate untethered, although the mag-lev base will need to be plugged in the entire time.

As of now, Making Weather is only a prototype, although, according to the project page, they’re looking to bring it to market soon enough.