Mako Slingshot Jetboard Lets You Slice Though The Water At 30MPH 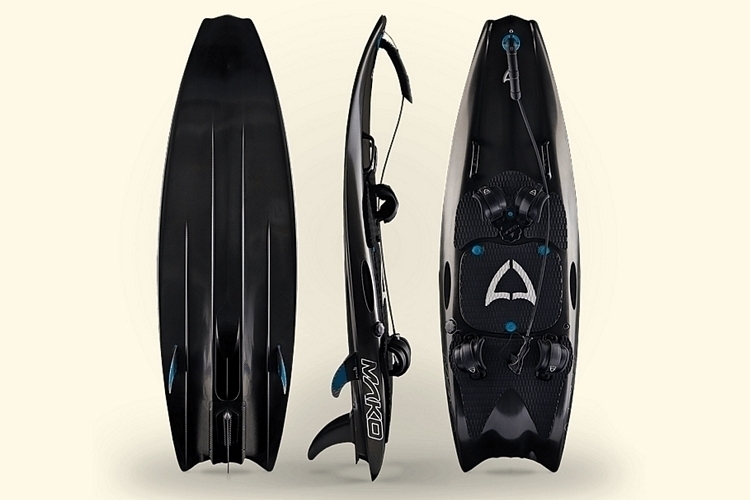 Truth be told, we still don’t know how to feel about motorized surfboards. It’s awesome how it lets you glide across even the calmest water, but quickly turns into a dangerous toy once you start riding it in crowded beaches. That feeling continues with the Mako Slingshot, a sleek-looking jetboard that can slice through the water at blistering speeds.

How fast? The darn thing can go a whopping 30 mph, so around half the top speed of the fastest traditional jet skis. Unlike jet skis, of course, you’ll also be balancing yourself atop a board the entire time you’re careening through the water, so this should make for an excellent recreational alternative for adrenaline junkies looking to have some fun in the water. 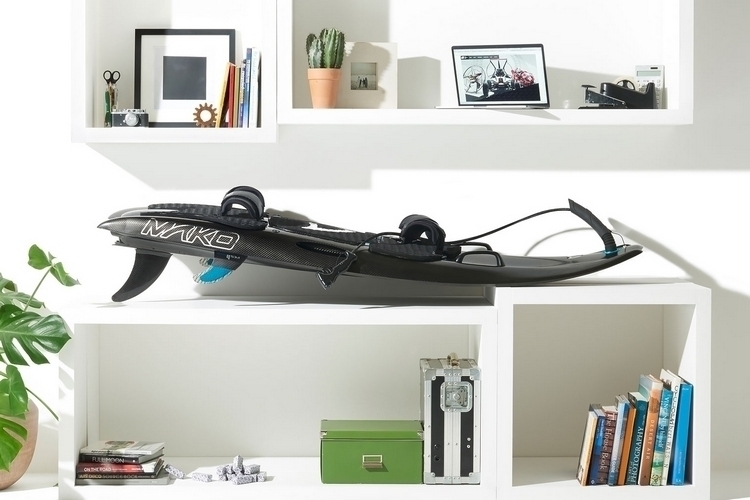 As you can imagine, electric power probably won’t be enough to let the Mako Slingshot reach those top speeds, which is why it relies on a gas-powered two-stroke Rotron XY100 engine for its powerplant. Putting out 15 horsepower, the darn thing can send you barreling forward like a miniature jet ski, whether you’re in a peaceful lake, a winding river, or a local surf spot. And, yes, it’s going to be loud like any engine-powered watercraft, so expect local surfers to look at you with disdain while you fill the surroundings with lots of noise.

Equipped with a tank that carry three-quarters of a gallon of gas, the board can run at full throttle for a full 40 minutes before requiring a refuel. That means, you can probably get close to an hour on this thing if you keep it at cruising speeds. Do note, refueling will require you to return to shore since there’s no way to carry any backup fuel on this thing (unless you’re willing to carry a barrel of gas on your back or something). 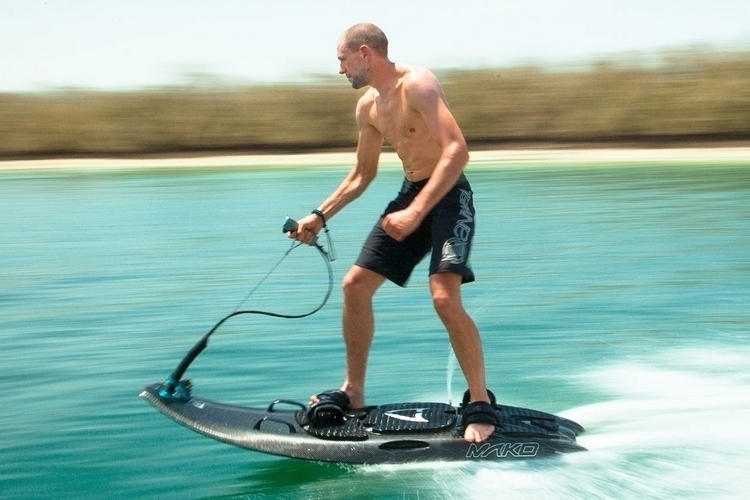 The Mako Slingshot boasts a shapely V-hull design that maximizes stability over any water surface, so it doesn’t matter where you take it, the darn thing should help keep you upright whether you’re barreling through in a straight path or carving through turns in the water. Like jet skis, you’re tethered to the board while riding, so it immediately detects once you fall off, at which point the engine stops automatically.

You operate it through a handheld throttle in the front section of the board, which gives you the ability to start and stop the engine at the push of a button, as well as to speed up and slow down by simply tightening and loosening your grip on the trigger. That means, you should be in full control of the board the entire time, with the powerful engine allowing you to maneuver even with the presence of strong waves in the area. 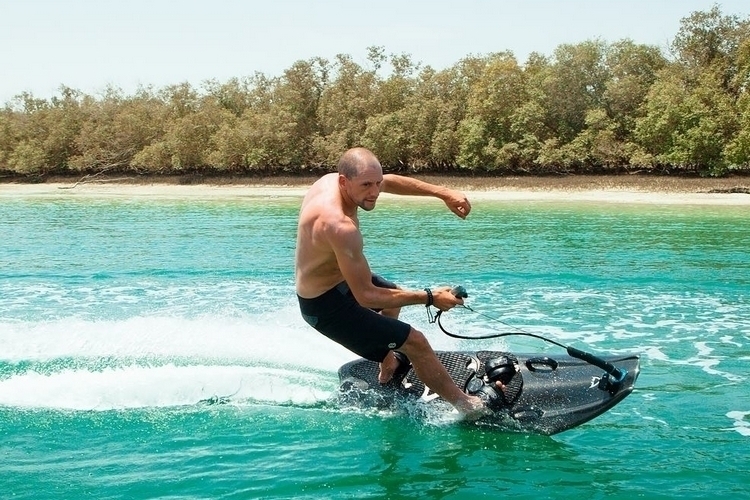 Sporting a short board profile, the board measures just 74 x 23.5 x 17.6 inches (length x width x height), allowing you to throw it in the boot of the car for easy transport.  It’s made from carbon fiber, leaving it at a reasonably light 46 pounds, with multiple grab handles allowing you to carry it easily by hand.