Man Flies In An Office Chair Strapped To 55 Balloons, Comes Back Down And Goes To Work 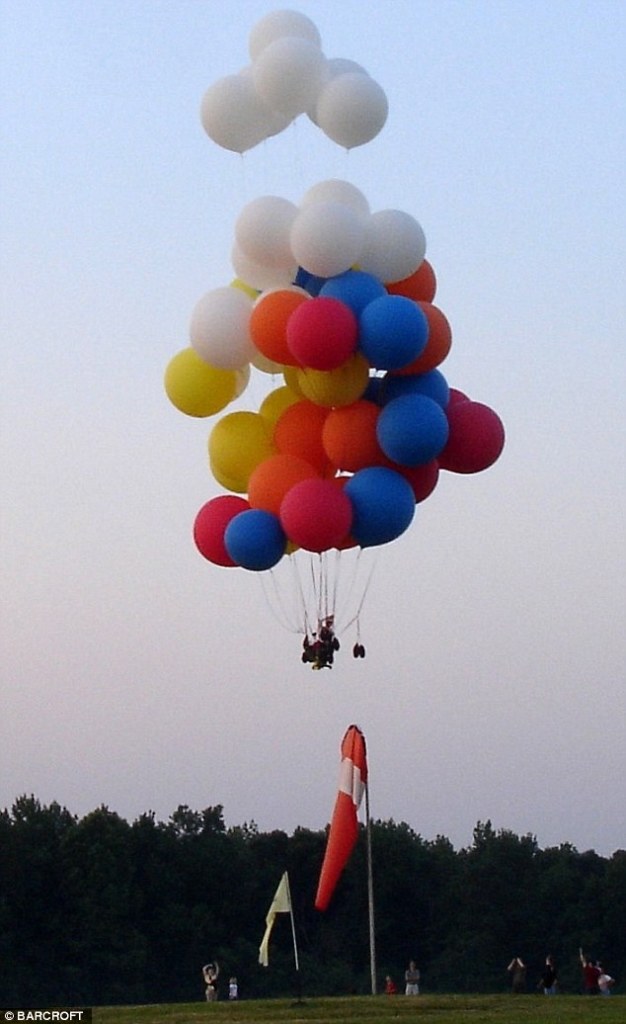 What do you make of adrenaline junkies, 55 party balloons and an office rat?  As it turns out, all three things came together in the person of Jonathan Trappe, a North Carolina middle manager who flew 14,783 feet up in the air using 55 helium balloons strapped to his office chair.   Yes, a cluster balloon flight, like that Disney movie with the grumpy old man and the rotund child which was moderately funny.

A technical project manager at work, he has been fancying the idea of flying out of his desk, all while straddling the very same chair he sits in at 9 to 5 every weekday.  According to Trappe, he has spent a good part of the last two years planning for the flight, which sees his long-running fantasy come to fruition. 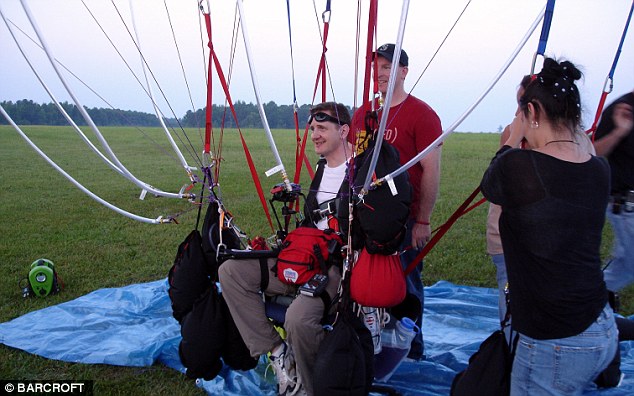 Each of the industrial-strength helium balloons weighed 1.5 lbs, with an individual lifting capacity of 14 lbs.  All 55 were strapped to a steel-cased chair, allowing him to ascend at a rate of 32 mph.  He carried 350 lbs of ballast to aid the climb, all while being strapped to an emergency parachute in case something went wrong.  He popped the balloons one by one in order to descend.

Not one to be unprepared, the erstwhile cubicle-dweller looked into almost every possible permutation of the cluster flight before doing it.  He also got a Federal Aviation Administration (FAA) license to fly both helium and hot air balloons, all while spending a total $75,000 for his training. 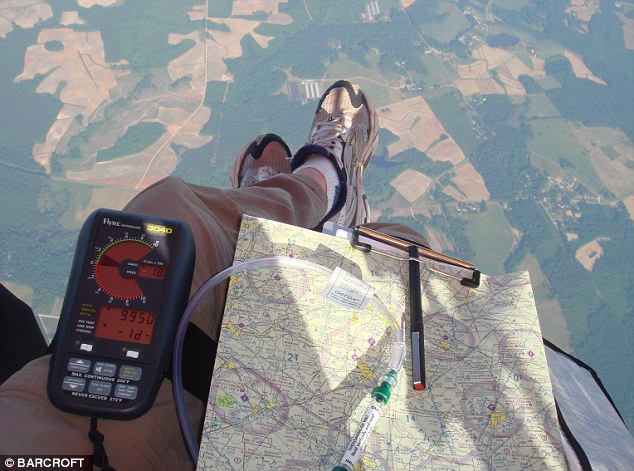 Jonathan filmed the flight with his own camera (first-person view), while a crew of 20 people below documented the proceedings from afar.  After a life-changing flight like that, what does a man do with his life?  Go back to work, as it turns out, right on the same old desk using the same old chair he flew the skies in.