Manuka Gyroscope: Because Spinning Things That Look Like They’re Falling Over But Don’t Are Awesome 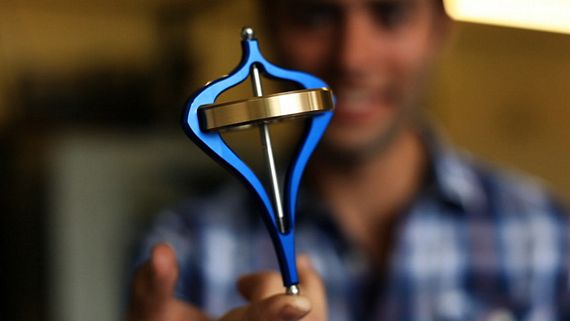 Many of us are familiar with the concept of a gyroscope, those rotating mechanisms that give erstwhile unstable objects balance by offering resistance to turns in any direction.  In fact, we’ve featured many products that use them, such as personal transporters and flying drones.  The Manuka Gyroscope, however, strips away all the function, using a bare gyroscope to let you perform tricks that amuse your legion of adoring fans.   And by fans, we mean your kids and other bored people at work.

Created by UK-based Manuka Makers, it’s a gyroscope installed on a frame similar to a spinning top.  Simply spin the disk in the middle (they recommend winding a string along the stem holding the disk and giving it one strong pull), prop up the structure anywhere you want, and watch it keep its balance while spinning over and over in a manner that appears to defy the laws of gravity. 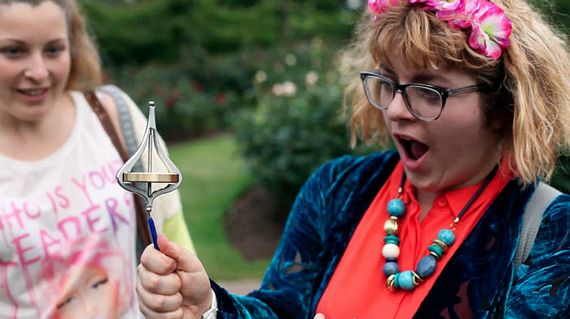 You can set up the Manuka Gyroscope right on your work desk at a slight angle, letting it spin in seeming endless motion without ever falling down.   Want to add a little awe into the proceedings?  You can put it up at the nib of a pen, the middle of a string suspended on both ends, and, pretty much, any tiny surface you can imagine, then watch it keep balance while maintaining its motion.  They’re also offering a separate stand that you can use to show off the Manuka Gyroscope on its own platform. 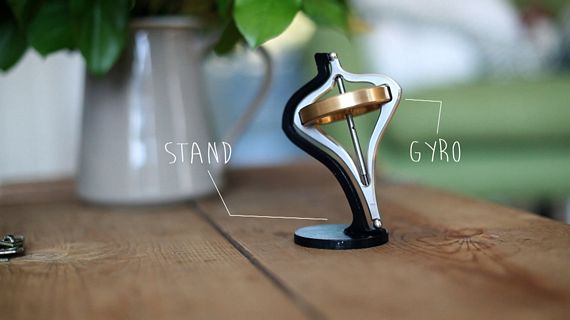 Every part is machined from aircraft-grade aluminum, with a variety of finishes available (both brushed and anodized).   Each one comes with an aluminum pull handle and two Kevlar pull strings. 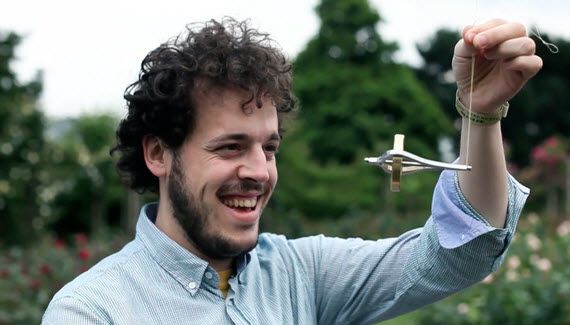 The Manuka Gyroscope is currently a fully-funded Kickstarter project.  They still have a little under two weeks to go before closing the campaign, though, so you can still get in.  Pledges to reserve a unit starts at $50.