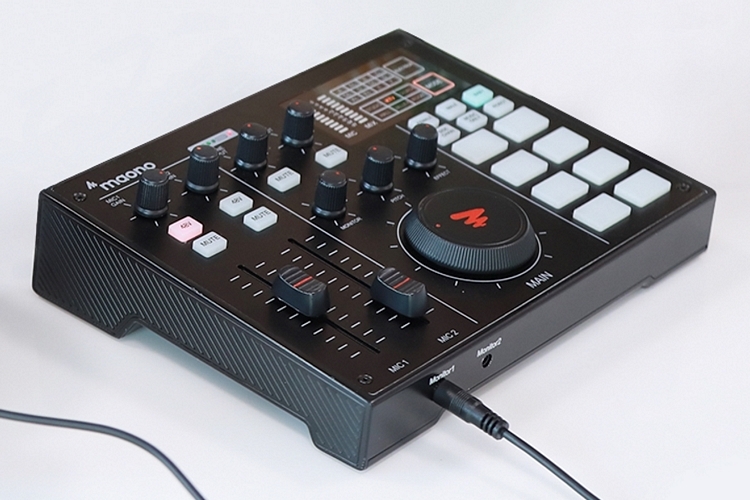 Everybody’s got a podcast now. We don’t know if that’s a good thing or a bad thing, but anyone with a mic, a laptop, and internet access can now talk your ears off while you drive to work. Making a podcast sound professional, though, is another matter entirely. The Maonocaster wants to make that process just a little simpler.

Billed as a “portable podcast studio,” it’s a multi-channel mixer that you can use to control your podcast audio, add sound effects, and even manage the output destinations, whether you’re streaming it live to any service or saving it to your computer’s hard drive. No need to perform any post-production edits – this thing is does everything necessary to ensure you get clean, clear audio output as you blabber incessantly on the fly. 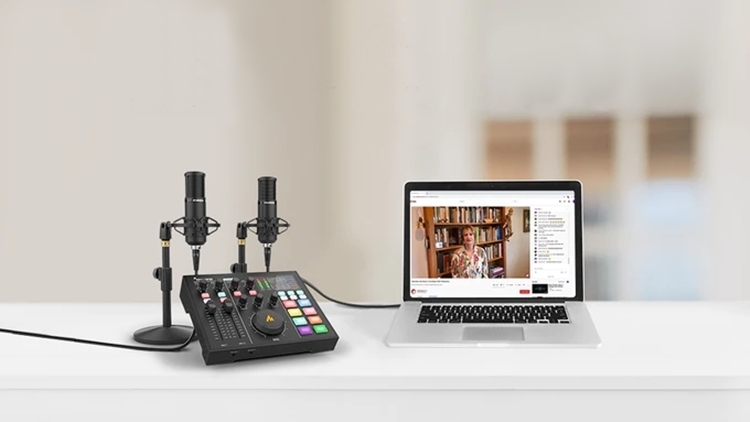 The Maonocaster comes two microphone channels, so you can have one for you and another for your guest, as well as two additional input channels for other audio sources. While those two channels can be used for anything from audio players to musical instruments, we’re guessing you’re using those to hook up a pair of smartphones, allowing you to use sound effects apps, play from your music library, or bring call-in guests into your podcast. That’s right, you can have as many as four people bantering at the same time, so you can have a downright chaotic radio program starring you and a bunch of your pals.

It has built-in amplifiers for the microphones, complete with adjustable gain, 48-volt phantom powers, and noise canceling, ensuring it produces properly-boosted sounds without unwanted noise, regardless of whether you use dynamic or condenser mics. Each of the four inputs can be individually adjusted, too, so you can have your voice dominating the conversation the whole time (the way it should be), allowing you to tune out all of your friends once they’re droning on about their favorite conspiracy theories. Yeah, Joe Rogan and Eddie Bravo were funny when they were doing it back in the day, but it’s just annoying now. 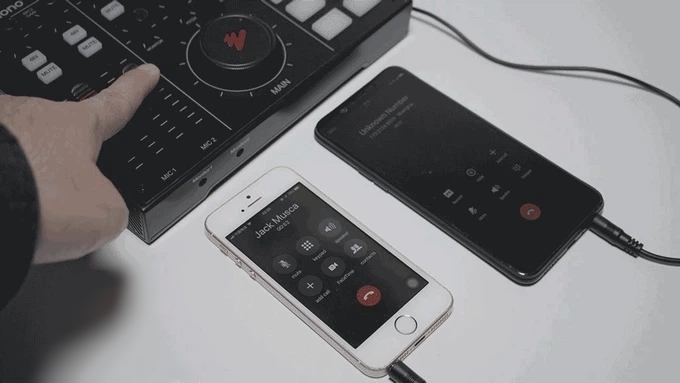 The Maonocaster comes with six vocal preset buttons, four sound effect pads (stinger, cheering, clapping, suspense), and three programmable pads for uploading your own favorite audio bits. There’s also a profanity button for muting expletives, if you want to keep your podcast with a “general patronage” rating. When hooked up to a phone app, you can even reinforce it with hundreds of added sounds, giving you a generous roster of custom audio effects to spice up your show. 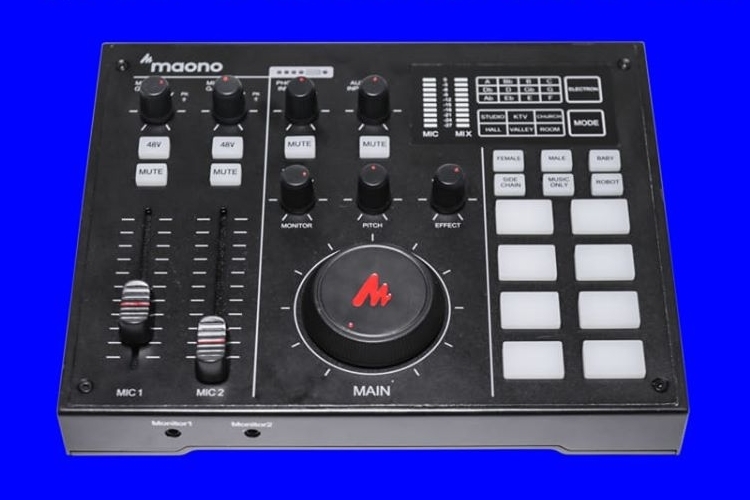 It comes in a size that comfortably fits inside a backpack, making it easy enough to bring on the go, so you can take your act on the road, while the built-in noise cancelling should let you hold your show even in less-than-quiet environments. You won’t need to plug it in to a power outlet, either, as the device has a built-in battery that, the outfit claims, can keep it running for up to eight hours straight.

A Kickstarter campaign is currently running for the Maonocaster. You can reserve a unit for pledges starting at $119.