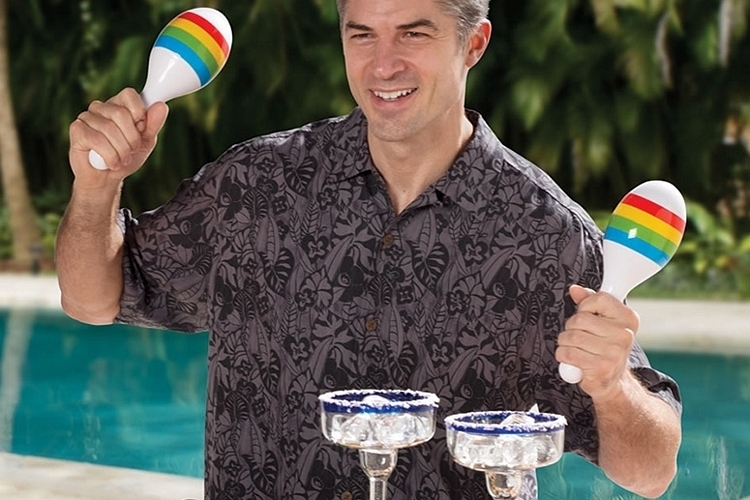 Mixing drinks is fun. Mixing drinks over and over when you’re the designated bartender at the party, on the other hand, can get tiring pretty fast. You have to find a way to entertain yourself while you mix martinis, margaritas, and Long Island iced teas over and over. How about acting like you’re playing maracas in a mariachi band while you wiggle that shaker non-stop? That’s exactly what happens when you perform your bartending duties with the Mariachi Margarita Mixer.

A cocktail shaker clad in the shape of a maraca, it lets you add some musical stylings to your bartending pursuits, so you can act like you’re performing at a beach party in Cabo instead of hosting a party for neighbors and co-workers you only barely like. Just have some island music playing in the background to really set the mood (or just put on some headphones if they’re playing something else instead) and you should be good to go. 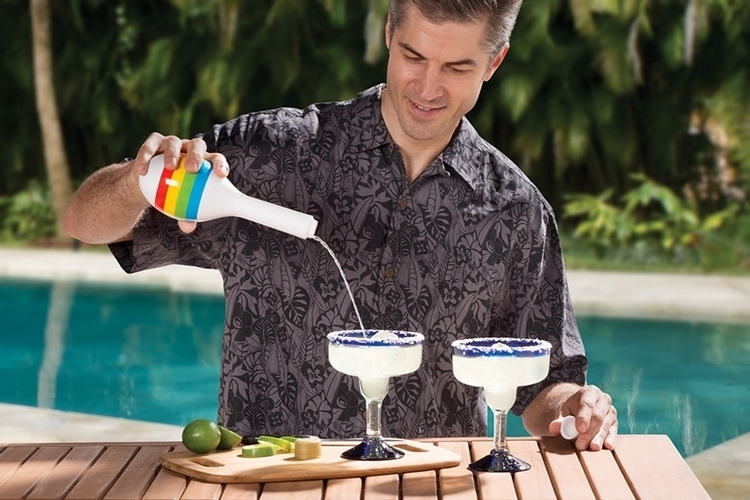 No, the Mariachi Margarita Mixer won’t actually make maraca-like sounds, since putting beans or seeds inside is bound to negatively affect the taste of any cocktails you decide to mix. Although, if you happen to be shaking a drink with some ice inside, then that should create a rattling sound that you can pretend is your instrument’s contribution to the party-popping groove. Of course, you can always just make percussion sounds with your mouth like those motor-mouth beatboxers (complete with saliva flying all over the place), especially for those moments (like when you’re still mixing drinks but you really want to be stuffing your face with some steak) that you really, really need some distraction to stop thinking about burning the entire party down.

Styled to look like a traditional Rumba shaker, the Mariachi Margarita Mixer has a handle that unscrews from the body to provide access to the shaker’s opening, allowing you to easily fill it with ingredients, as well as pour out the contents once the cocktail is done. A built-in ice strainer allows you to separate the frozen bits from the drink, all while making rattling sounds whenever ice cubes hit it inside the shaker. 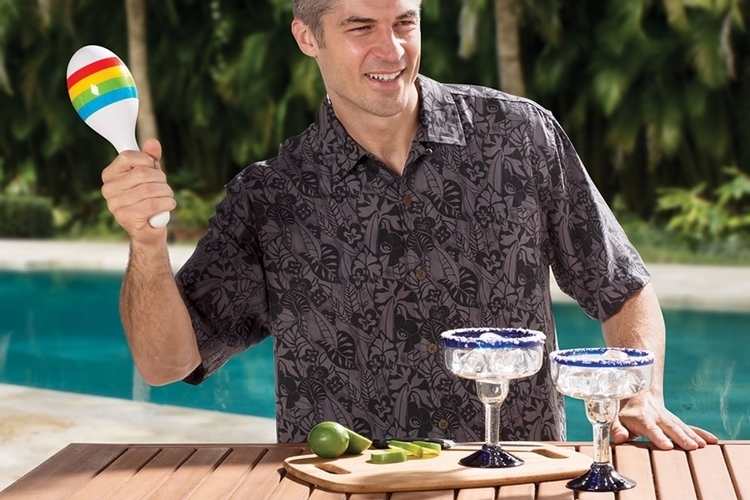 It measures 10 x 3.5 inches (length x diameter), so it’s around the same size as an actual maraca, with enough room inside to accommodate a 9-ounce combo of spirits, juice, and any other drink you want to use as an ingredient. Basically, if you ever retire this from your mini-bar, it can viably find second life as an actual maraca – just throw in a bunch of noise-making bits inside for use with your fiesta-themed band.

Construction is food-grade polypropylene, so it should withstand the rigors of Sunday barbecues and backyard parties. We love the colorful finish, too, which decks it in celebratory multi-color stripes for a real island mood.

Do note, the Mariachi Margarita Mixer is only sold as a single piece, so you’re going to have to buy a pair if you want to look like a legit musician while you hold fort at the mini-bar. It’s available now, priced at $22.95.