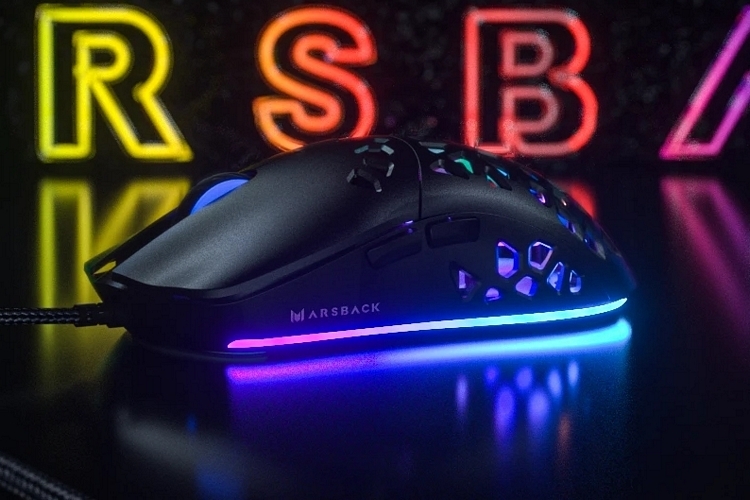 If you’re fan of lightweight gaming peripherals, then you’re probably familiar with mouse models like the Steelseries Aerox 3 and the Cooler Master MM710, both of which sport honeycomb enclosures that use built-in perforations to shave off significant weight. Yes, they look odd with all those holes, but they do achieve the lightweight goal. While the Marsback Zephyr Pro uses the same lattice structure to minimize weight, it also takes advantage of the perforations to bring added convenience to its users.

Since those perforations will leave a mouse susceptible to water penetration from gamers with sweaty palms, they’re usually equipped with water-resistant electronics underneath the shell. Same things goes for this mouse. Going one step further, though, it also integrates elements that look to help minimize instances of sweaty palms. 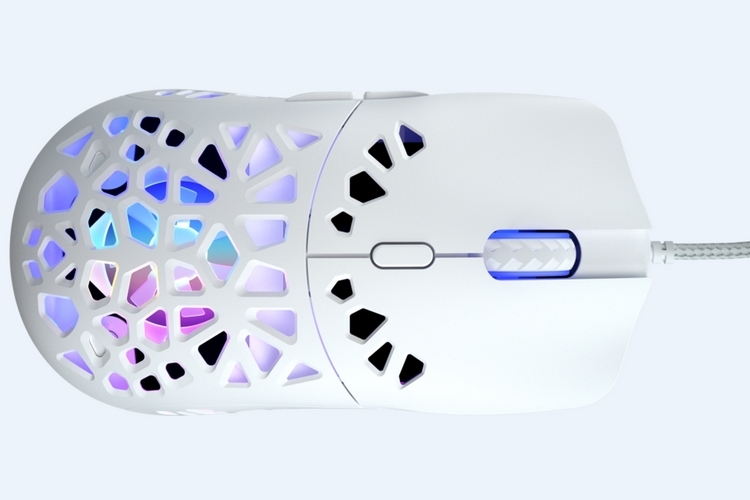 The Marsback Zephyr Pro comes with an integrated fan that, literally, blows air through the holes directly to the user’s palm as it’s wrapped around the shell. The fan is adjustable to direct its cool blast either at a 45-degree or a 180-degree angle, allowing you to direct the cooling function at the perfect angle, regardless of how you grip your mouse. Will it work? Uhh… we’re not entirely sure, but if you find yourself dealing with sweaty palms after extend periods of keyboard-and-mouse gaming, we imagine it can only help.

This is the second iteration of the outfit’s fan-reinforced gaming mouse, by the way, so it’s not a pioneering concept that they’re trying out for the first time. As such, this is actually an improved version of the design, with the fan boasting a higher rate of revolution and quieter operation than its predecessor. That means, it will cool your hand even better, while generating a whole lot less of that familiar fan buzzing noise during operation. According to the outfit, it produces a mere 30 decibels of sound, so you can focus on the game without any additional noise to distract from it. 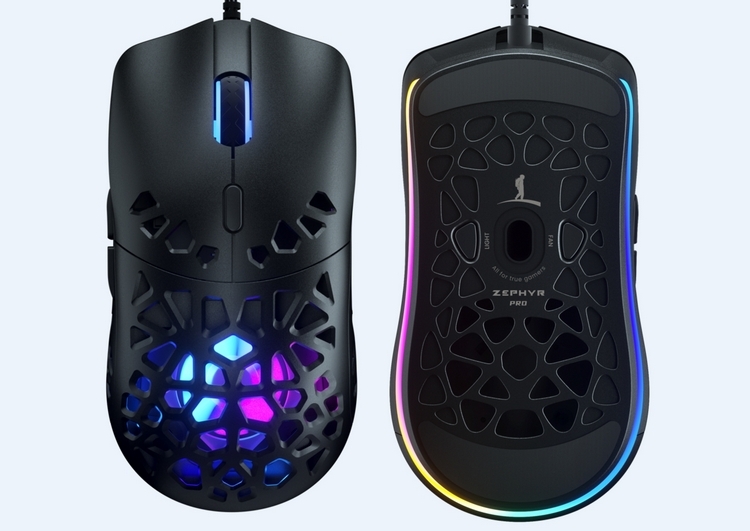 The Marsback Zephyr Pro is equipped with a Pixart 3389 sensor that can deliver speeds of over 400 IPS across its available DPI range of 100 to 16,000, ensuring anyone can tune it for precise movements and consistent performance relative to their gaming preferences, while Omron mechanical switches ensure accurate detection of every click, so you register every attack with no delay. There’s also onboard memory that stores your DPI settings, so you can move from one PC to another without having to adjust it each time out. 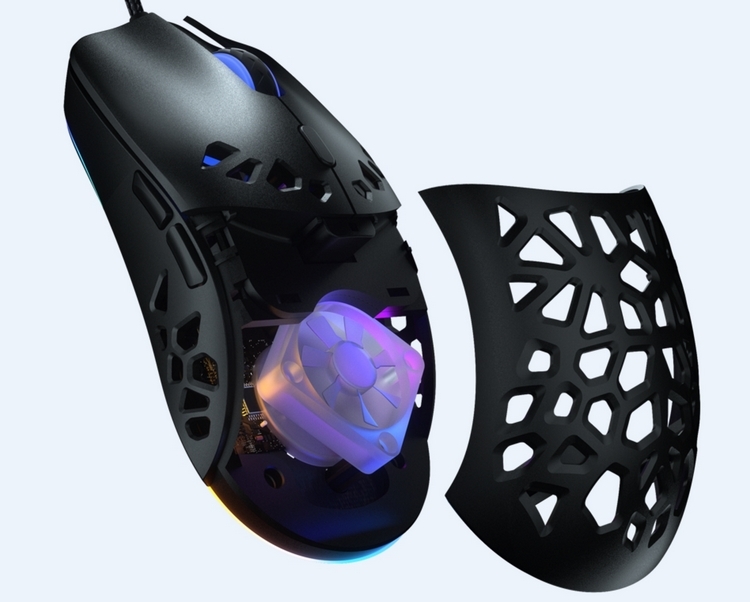 Aside from housing a fan, it also comes with built-in RGB LEDs because… you know… gamers are supposed to like colorful LEDs and stuff. The LED goes all around the mouse, too, so you get 360-degree lighting in any of the 16.8 million available colors, along with seven available lighting effects. Other features include a light weight of only 69 grams, a flexible fabric-wrapped paracord cable, and an optional companion software that allows you to customize the mouse operation in a variety of ways.

The Marsback Zephyr Pro is available now, priced at $69.