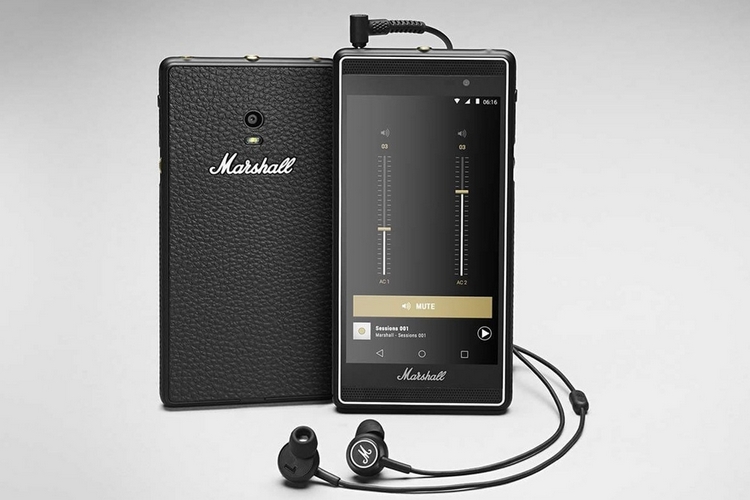 Over the past few years, Marshall has been cranking out “lifestyle” products branded with the same logo and styling as the company’s iconic music amps, including Bluetooth speakers and even mini-fridges. This time around, they’re trying to make a play for that ubiquitous gadget in your pocket with the Marshall London, an Android smartphone packed with music-centric features.

Like the rest of the company’s product releases, the smartphone bears the black, grainy textured leather casing of Marshall’s amplifiers, along with the unmistakable logo. No, it won’t be mistaken for an amp to plug in your guitar any time soon, but if you listen to a lot of music on your phone, there’s a good chance you’ll appreciate all of the things it has to offer. 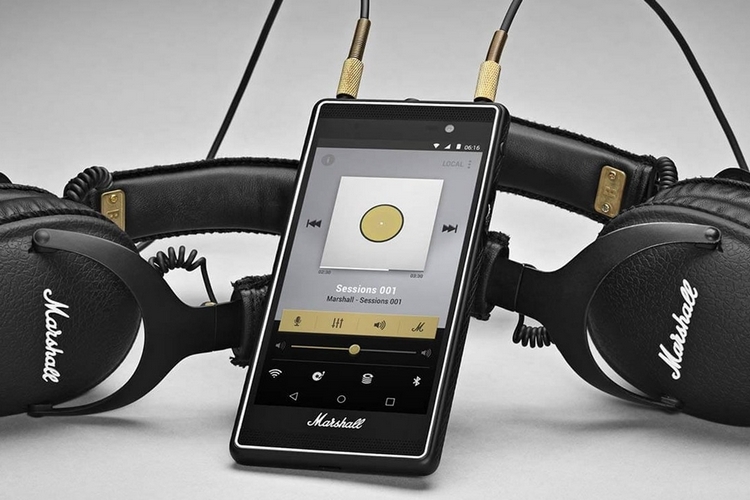 Running Android Lollipop 5.0.2, the Marshall London features a 4.7-inch IPS LCD with Gorilla Glass 3, an 8.0 megapixel rear camera, a 1.2GHz quad-core Snapdragon 410 processor, 2GB of RAM, 16GB of storage, and microSD card expansion. Yes, those aren’t exactly the kind of specs that will set your mobile use on fire, but if music is central to your smartphone use, the hardware should be sufficient enough. That’s especially true when you factor in the Wolfson WM8281 soundcard (which should help improve the audio at the hardware level), dual front-facing speakers, two 3.5mm jacks with independent volume controls (so two friends can plug in at once), a built-in global equalizer (accessible via a dedicated button on top), and bundled Marshall Mode in-ear headphones. Oh yeah, it uses scroll-wheel volume controls, so you can adjust the loudness similar to the way people used to do it back when Walkman ruled the world. 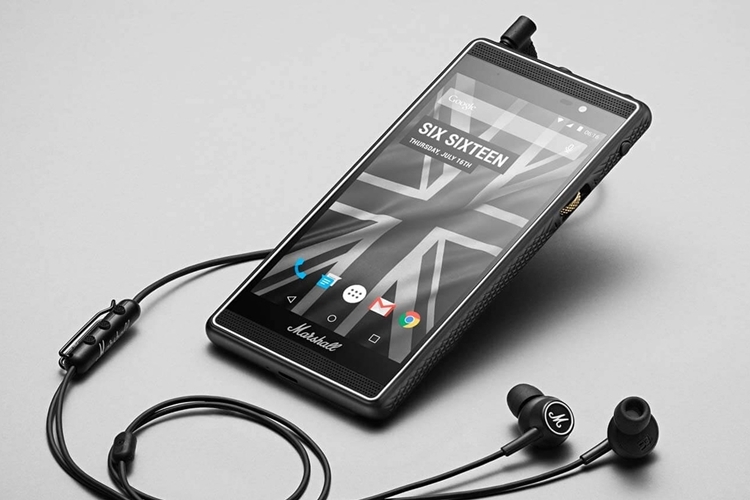 Now available for preorder in Europe, the Marshall London is priced at $499.