﻿Yes, You Can Now Order A Martin Jetpack And Fly It Soon 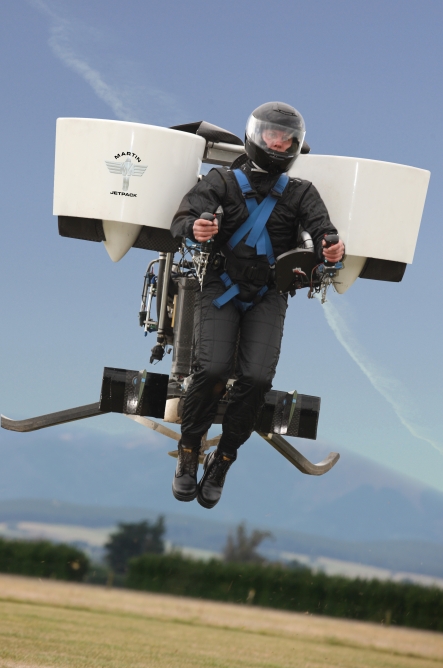 If you told me fifteen years ago that we still won’t have widely available jetpacks in 2010, I would have cried and then kicked you in the head. Its like telling  a little kid that Santa lost his pilot’s license and can’t deliver gifts anymore. . Of course, we’d have jetpacks at WalMart in 2010! Are you crazy?

Fast forward to the second decade of the 21st century and we still don’t have the personal flight system that sci-fi dreams are made of at WalMart. But, at least, we’re coming close with the Martin Jetpack, who are now accepting reservations for the first 500 they’re producing in the coming twelve months.

We first featured this commercial-bound jetpack last year, when they announced that the technology is about to be ready before the end of 2009. Well, it took a little while longer than that. After nine prototypes, though, the Martin Aircraft Company claims to be ready to send customers into the sky. 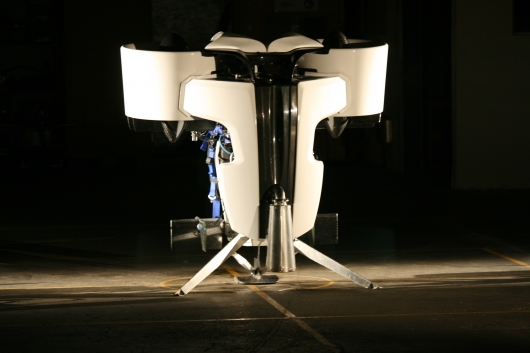 The Martin Jetpack’s current configuration stays similar as it was last year: 5 x 5.5 x 5 foot dimensions (H x W x L), a 2.0-liter V4 two-stroke engine pumping out 200 horses and two 1.7-foot wide rotors made out of a carbon/Kevlar composite. Flight time is capped off at 30 minutes, with a range of 31.5 miles on a five-gallon tank of premium gasoline and an 8,000-foot ceiling.  It retains the same security components, which include a ballistic parachute (pilot-operated), an impact-absorbing carriage and 100 hours engine TBO (time before overhaul).

Yes, it can take off vertically and land the same way, just like in the movies. You ride it with a vertical stance, though, so no flying like Superman busting asteroids head-to-head. It might not require a pilot’s license to operate (depending on your country), but you will need to be a bona fide superhero. Just kidding. Oh yeah, you have to weigh between 140 to 240 pounds to ride one, so sorry Shaquille.

Want one? Pricing is being pegged between $75,000 to $86,000, which doesn’t sound bad at all. If you can afford a supercar, you can afford a jetpack. Guess which one’s more awesome? A 10% deposit gets you a slot for the first 500 to be produced, with progress payments required during the manufacturing cycle. You can check out the site for more details.