Marubot Football League Puts Real Robots Into Arcade Cabinets, Pits Them Against Each Other 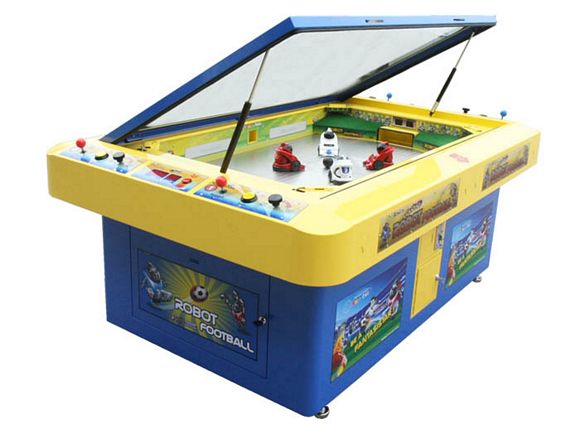 Is it more fun than foosball?  Given that you control inanimate men on a stick on one versus moving robots with actual faces on the other, there’s no contest.  That’s right, your robot will have a face – one that beams when it scores, feigns sadness when it loses a goal and gets really angry during a tied game. 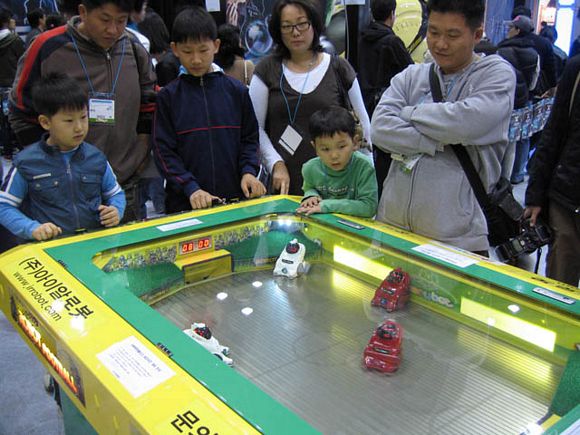 The first arcade game of its kind, the Marubot uses a large gaming cabinet about the size of an Air Hockey table.  Four sets of controls (two joysticks and a turbo button) are installed around the sides, along with time and score displays. Up to four players can get on the board (two players per team), controlling one robot each.  The idea is to maneuver your wirelessly-controlled character to push the ball onto your goal, all while thwarting the other team’s attempts to do the same. 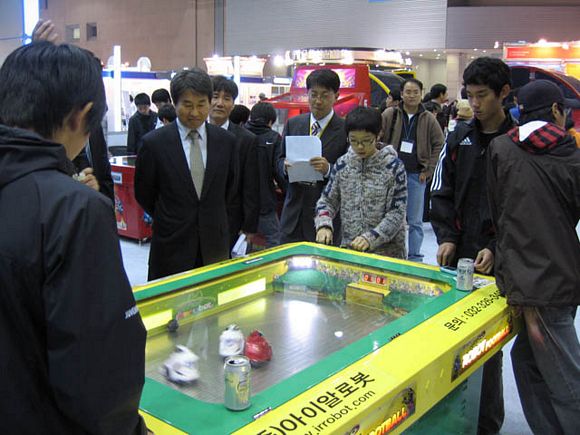 See, this is where arcade gaming should go next.  Since there’s no real upside to playing on a cabinet over buying an arcade controller and connecting it to your home PS3,  the only way to get gamers out of the house will be if you dangle real robots in place of video games.  Might just breathe new life into the dying arcade halls, don’t you think?

The Marubot Football League appears to be available strictly in Korea for now.