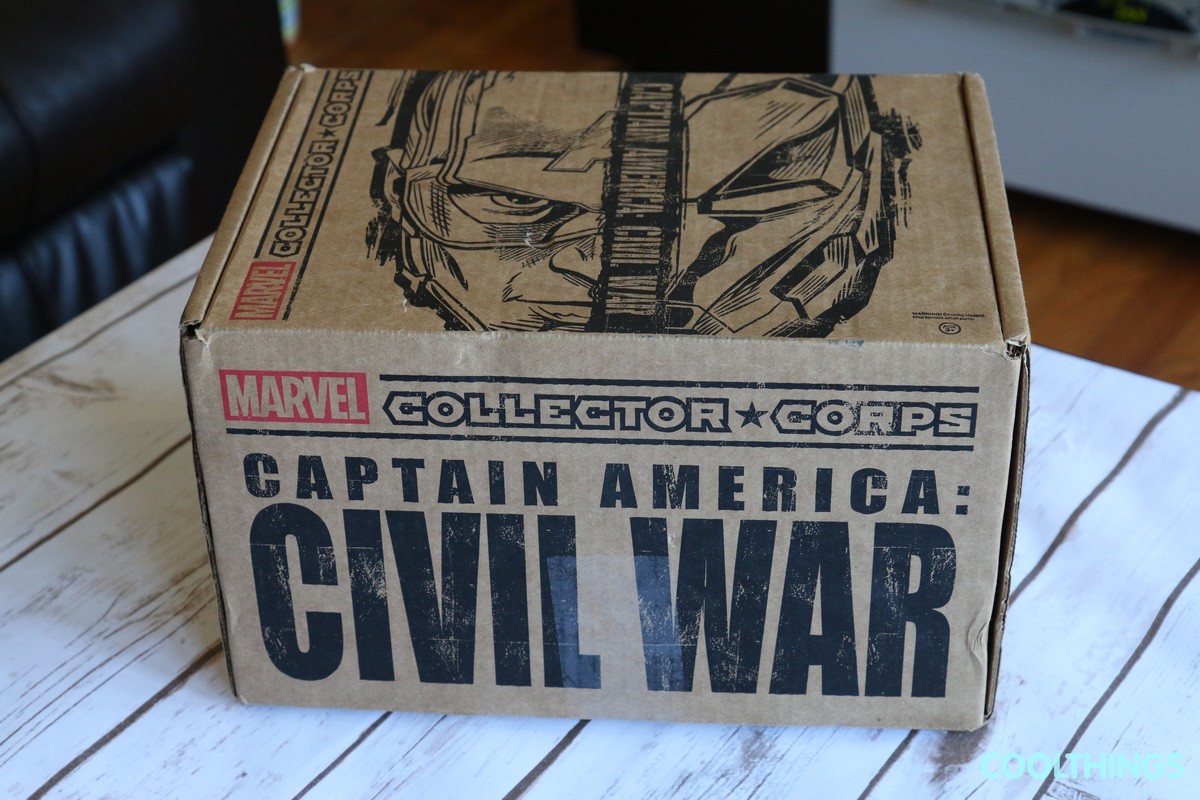 Captain America: Civil War is coming to a theater near you on May 6th, 2016, and to celebrate the release of this highly anticipated film, the Marvel Collector Corps for April is perhaps one of the best Collector Corps boxes that Funko has released to date. Why? Because it’s heavy. This box actually includes more figures than any other box so far. There’s a lot of great Captain America goodness in this box, so let’s take a look at all of it.

Beware, spoilers follow, so if you want to be surprised when your box arrives don’t look any further… but you know you can’t resist!

The Box Itself: The arrival of Marvel Collector Corps boxes is perhaps the only time we are excited to see the box itself. Funko really goes all out with these, and the Captain America Civil War box is no exception—the top of the box features the faces of both Captain America and Iron Man split down the middle with the civil war branding. Once you actually open the box, you’ll be greeted by similar artwork as well as a patch and a pin.

April’s Patch and Pin:  This month’s patch is pitch black and emblazoned with the visage of Crossbones, the villain from Captain America: Civil War. The patch says “Collector Corps” and has the Marvel logo at the top. The patch feels sturdy and durable.

The character featured on the pin was an unexpected and interesting choice—it’s Black Panther. The King of Wakanda’s face is prominently featured, again with the Collector Corps branding and the Marvel logo. This was a fine addition to the box, since Black Panther will be appearing in the movie.

Civil War Collector Corps T-Shirt & Lanyard:  April’s shirt is just OK. Not that cool. Rather than some of the other Collector Corps shirts which often use a more comic book type of art style, the Captain America Civil War shirt feature’s the Funko POP art style, which is fun but might not be everyone’s cake. The shirt features Captain America and Iron Man, again split down the middle. They’re each clenching their fists and on either side of them are other characters.

This month’s box also includes a really cool red and blue lanyard (not pictured here though). The red stripes feature Iron Man, and the blue stripes feature Captain America. The material is decent and the clip is strong.

April 2016 Collector Corps Figurines:  And now the moment you’ve all been waiting for: the figurines. April’s box has three awesome figurines included, each of which is in the Funko POP style. In the first box, you get a two pack that includes both Captain America and Iron Man. The second box has a different version of Iron Man with his mask up—doesn’t he look a bit like a Russian doll?

Overall this is one of the most satisfying Collector Corps boxes to date. The addition of an extra figurine was a very nice touch, the shirt is OK, and the rest of the swag was well thought out. Fans of Captain America, Iron Man, and Black Panther won’t want to miss this one. If Marvel can keep this pace up, we have a very interesting year ahead of us. Enjoy the photos below in the meantime! 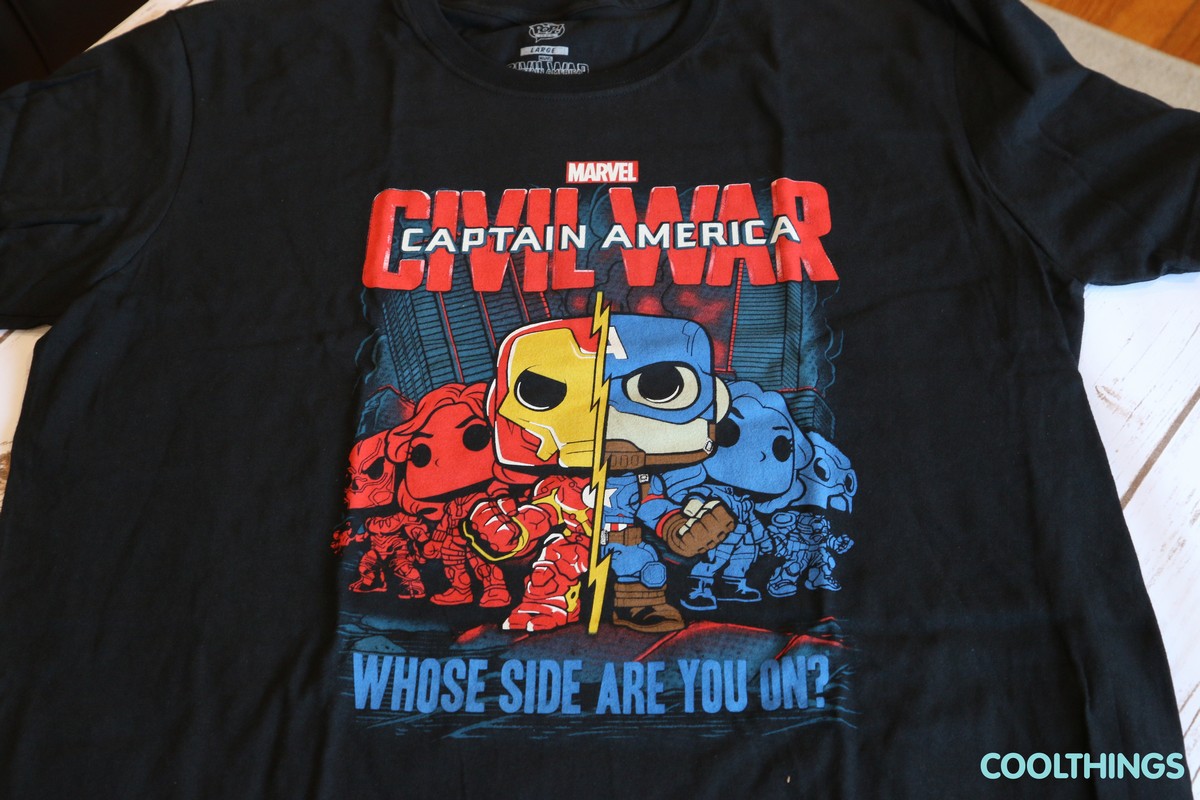 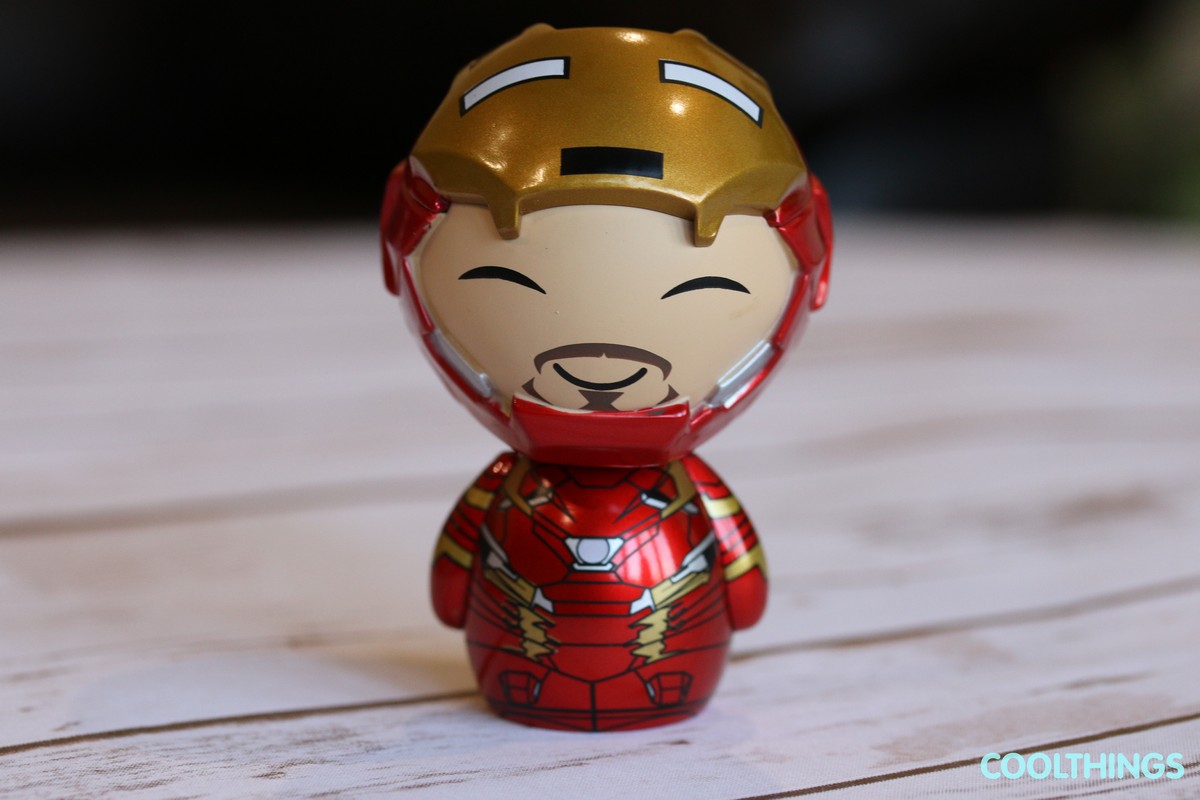 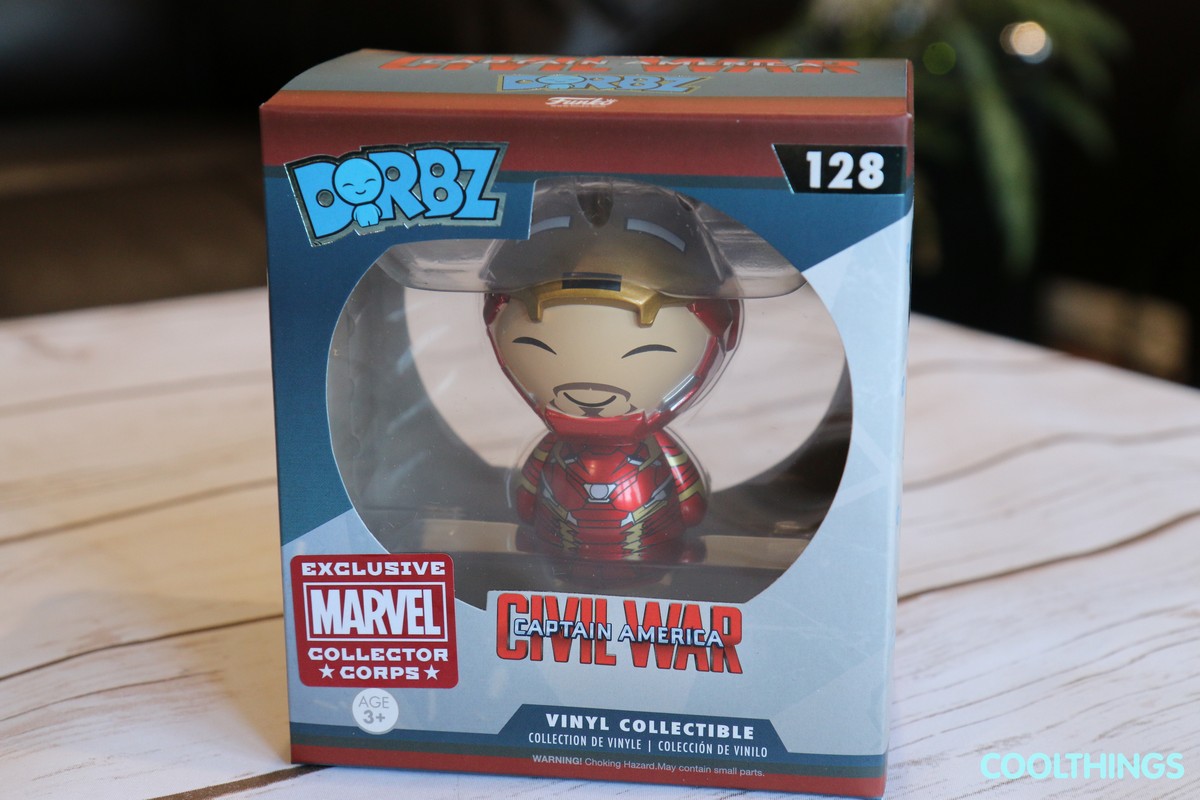 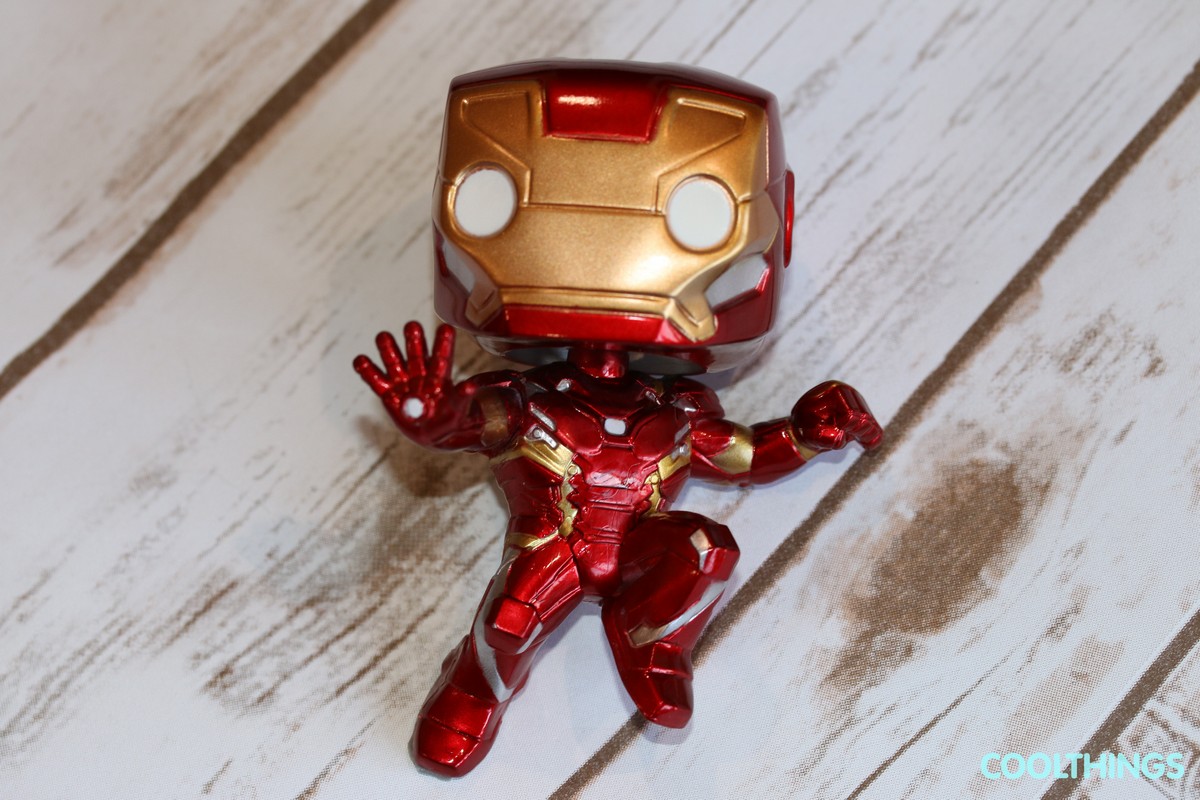 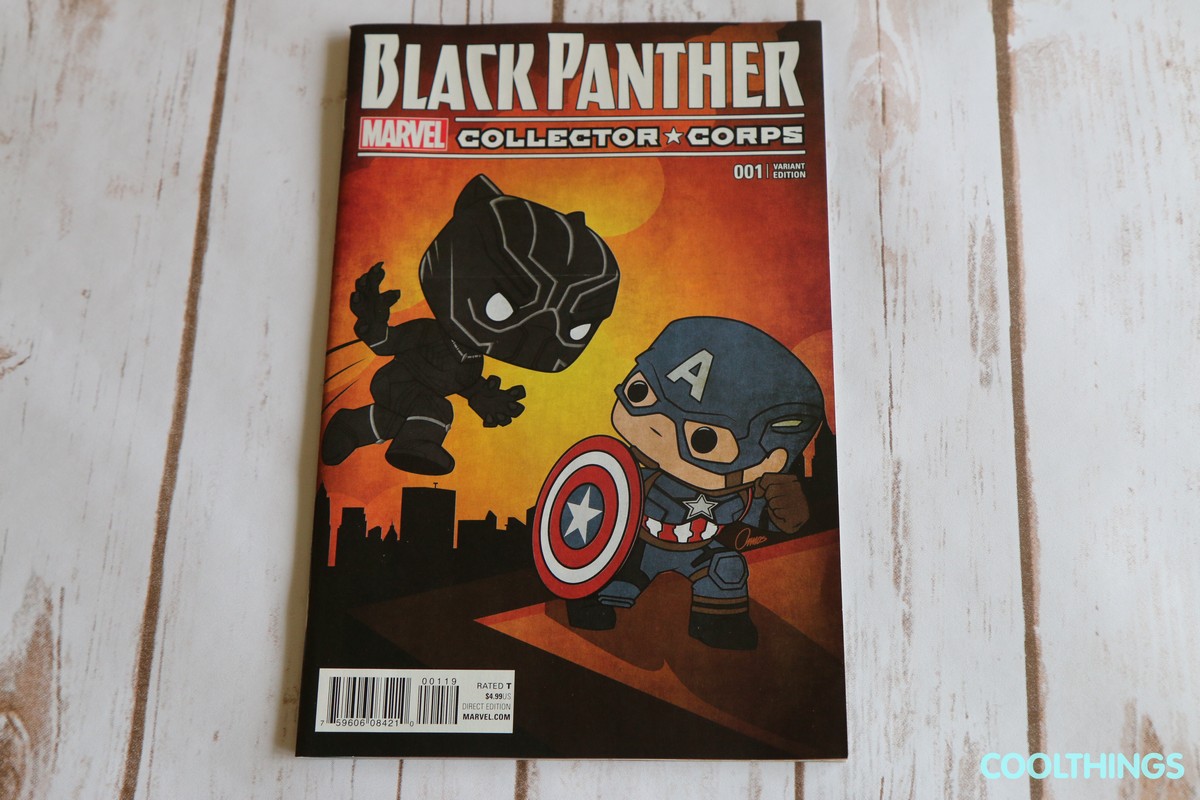 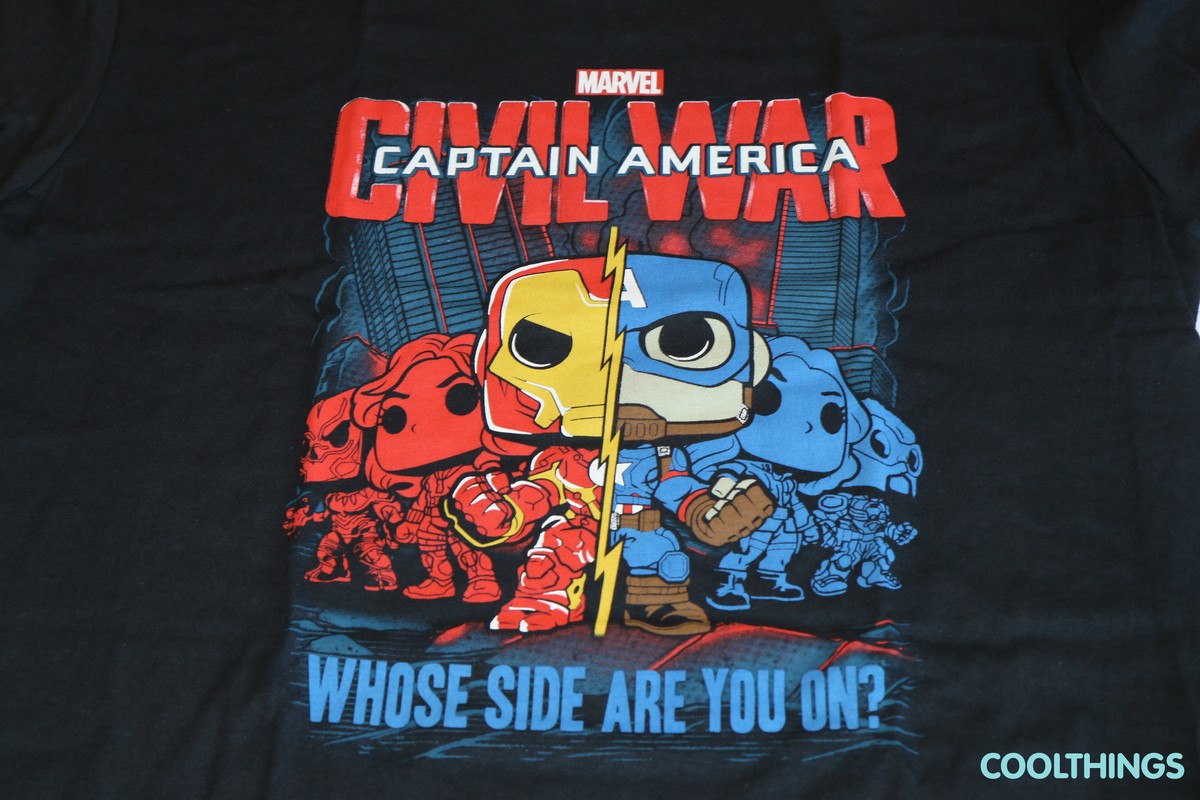 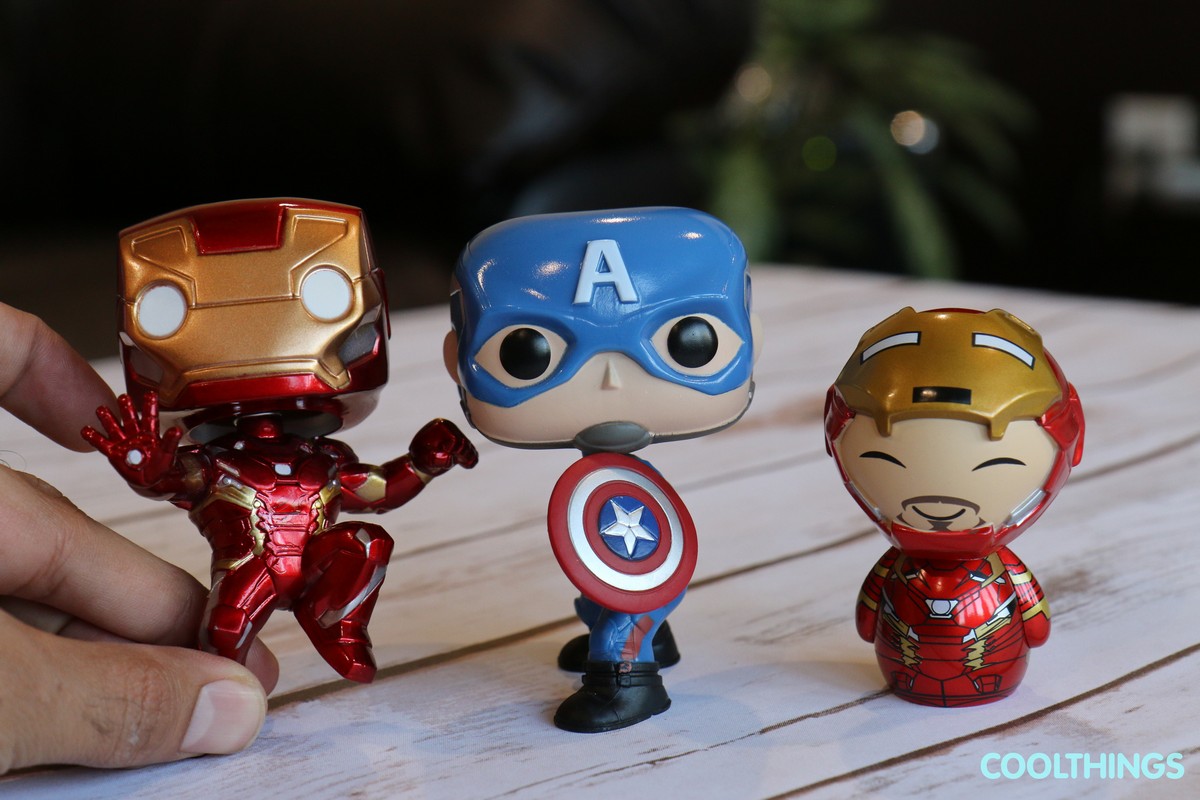 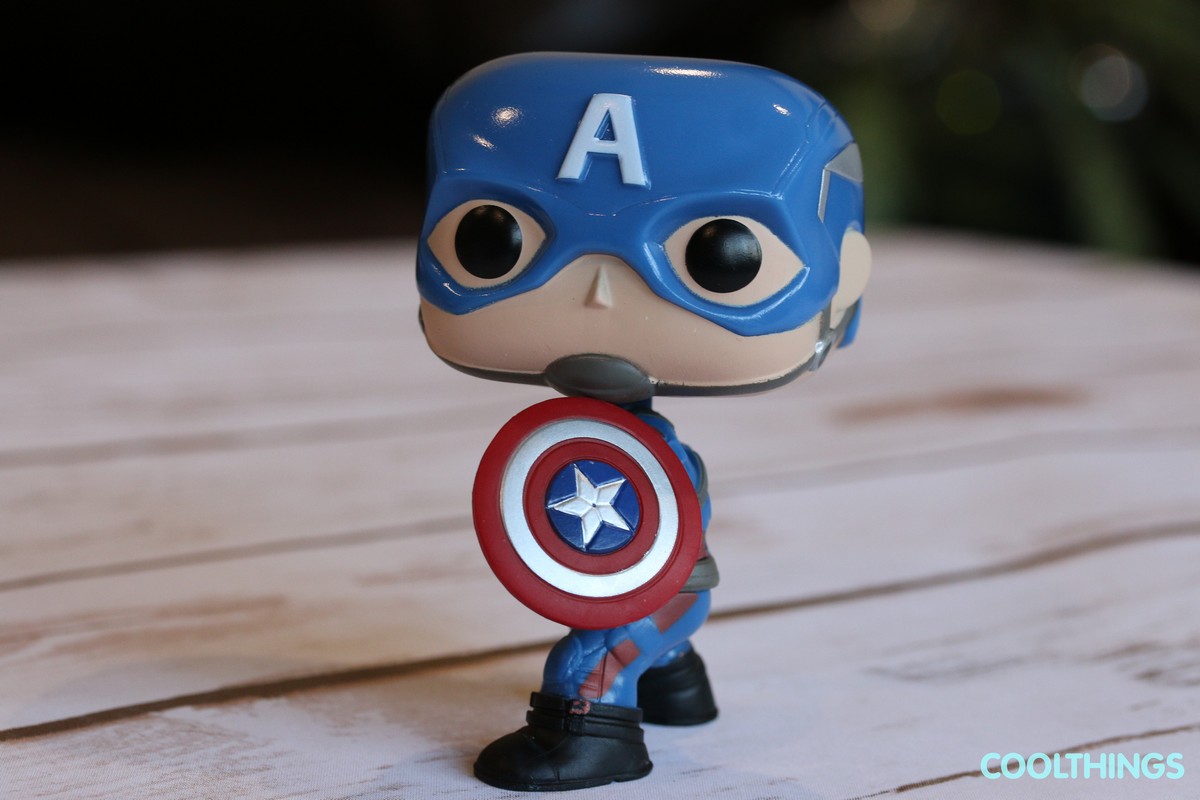 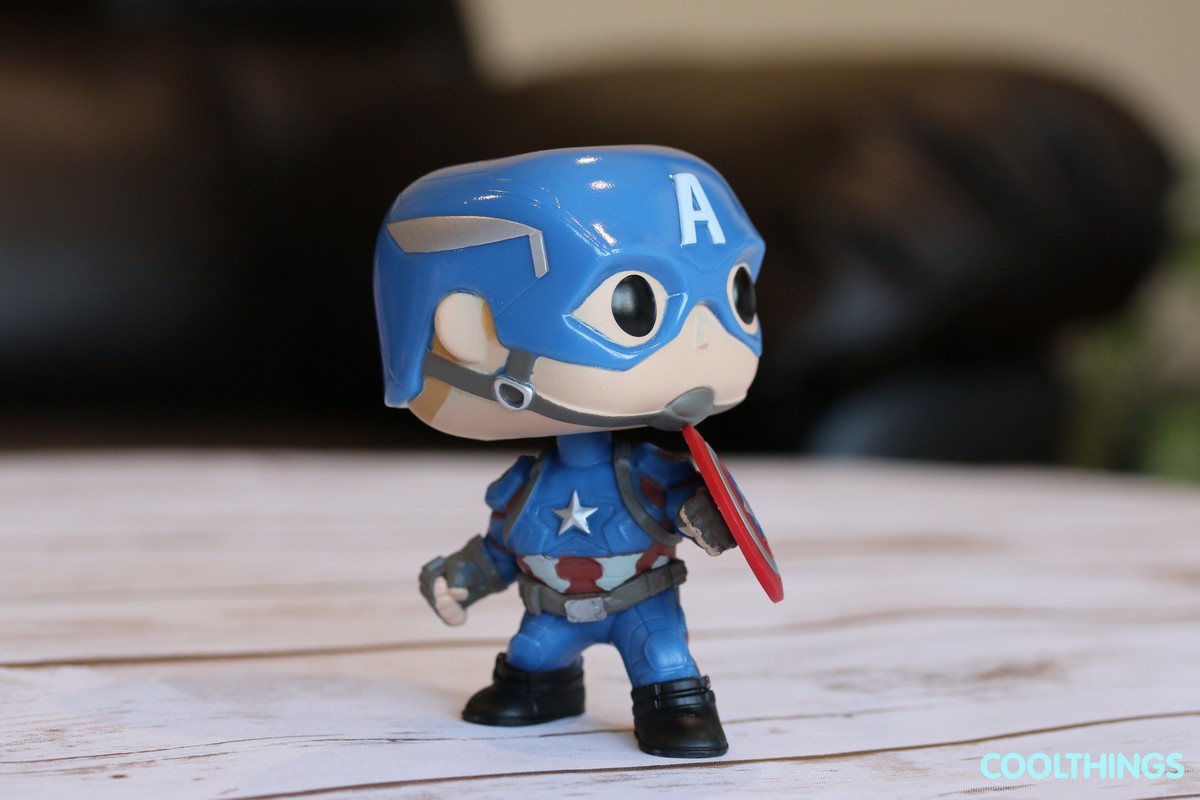 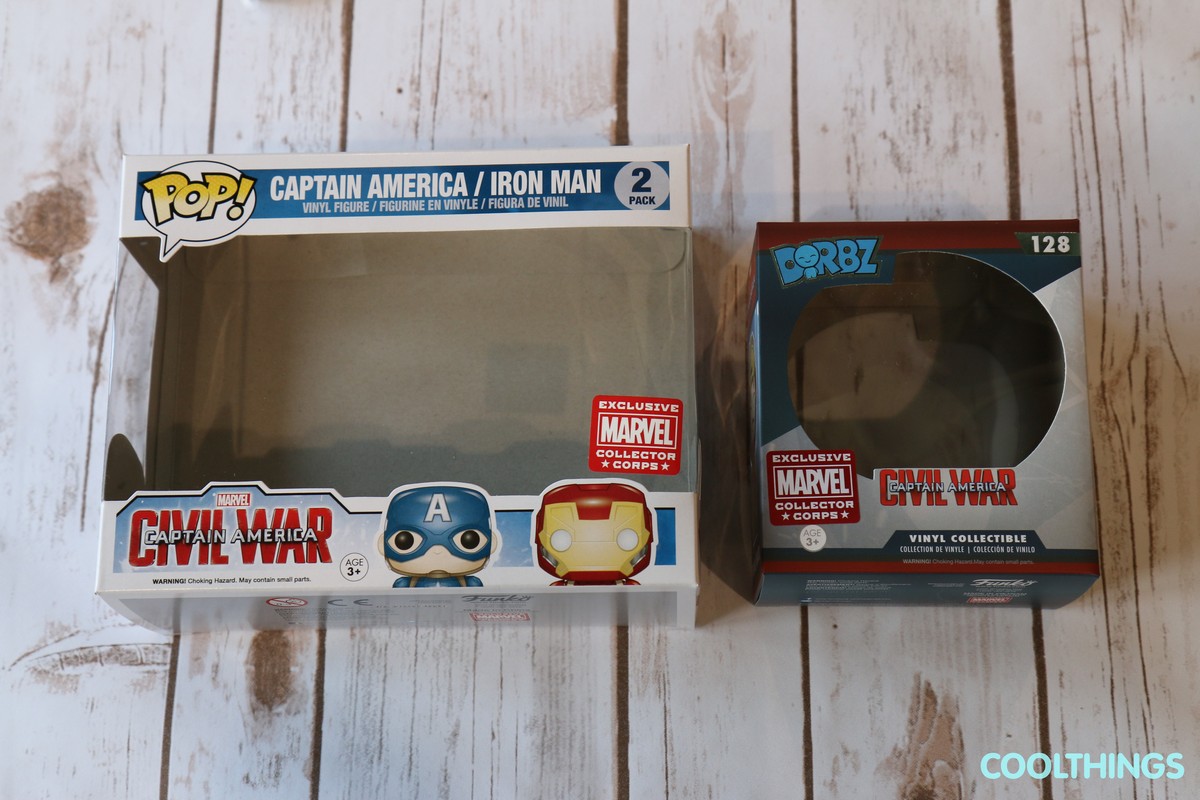 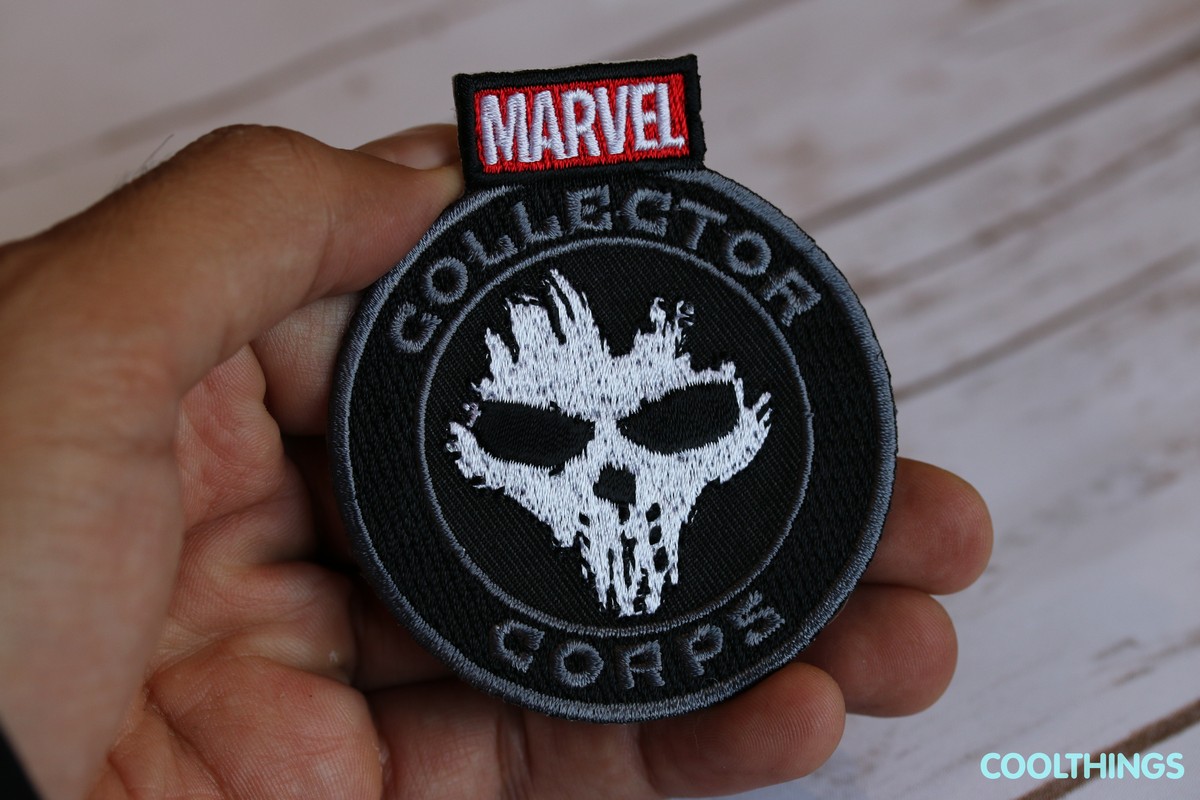 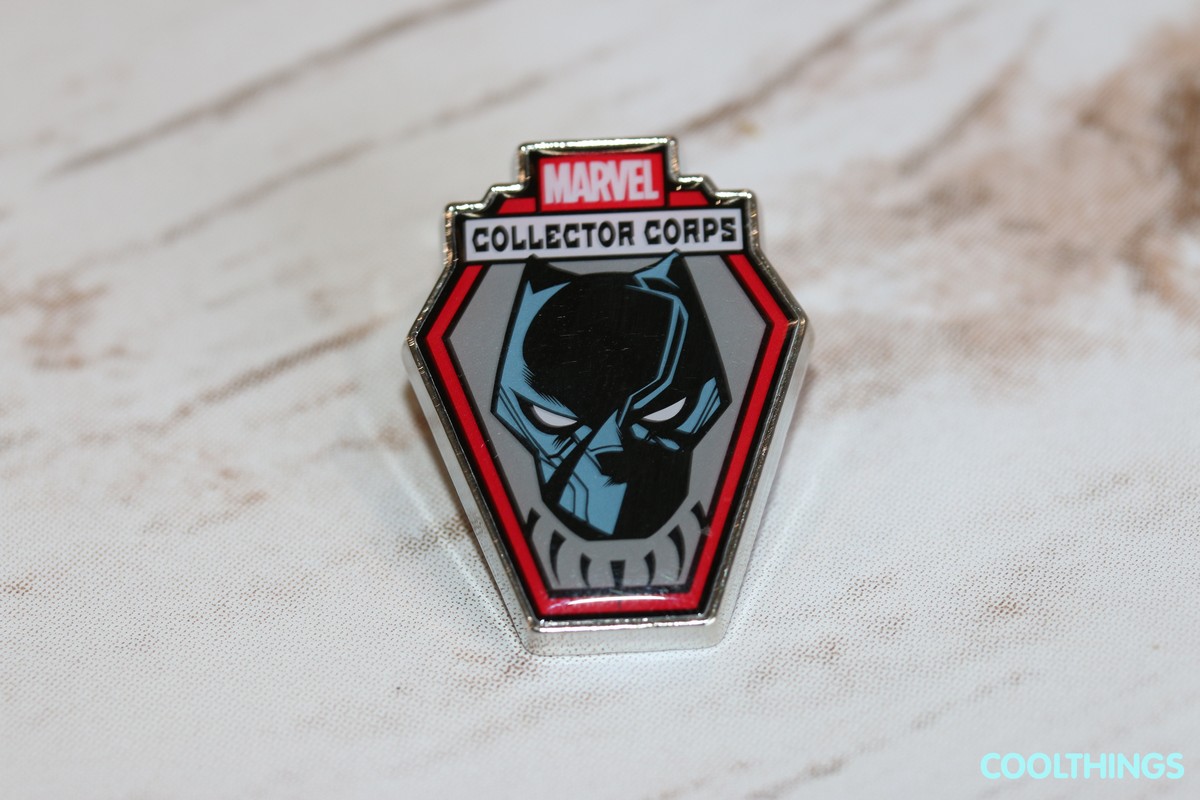 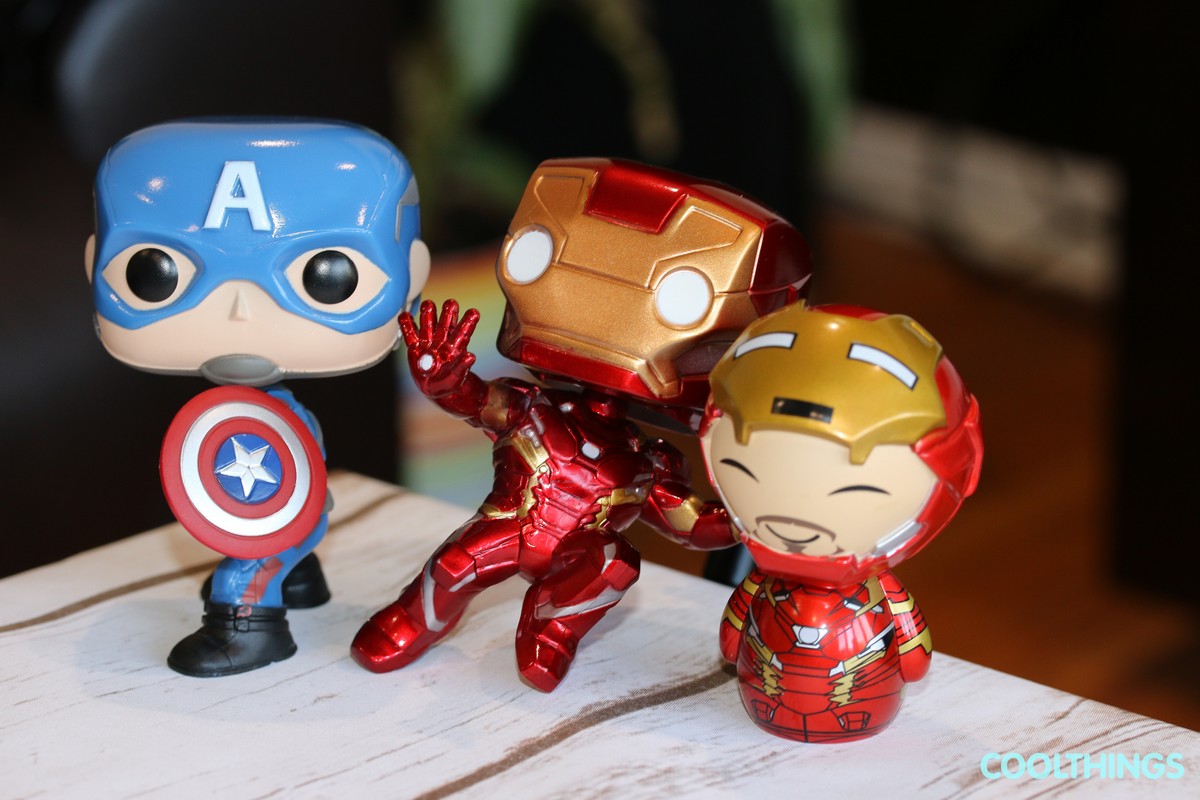 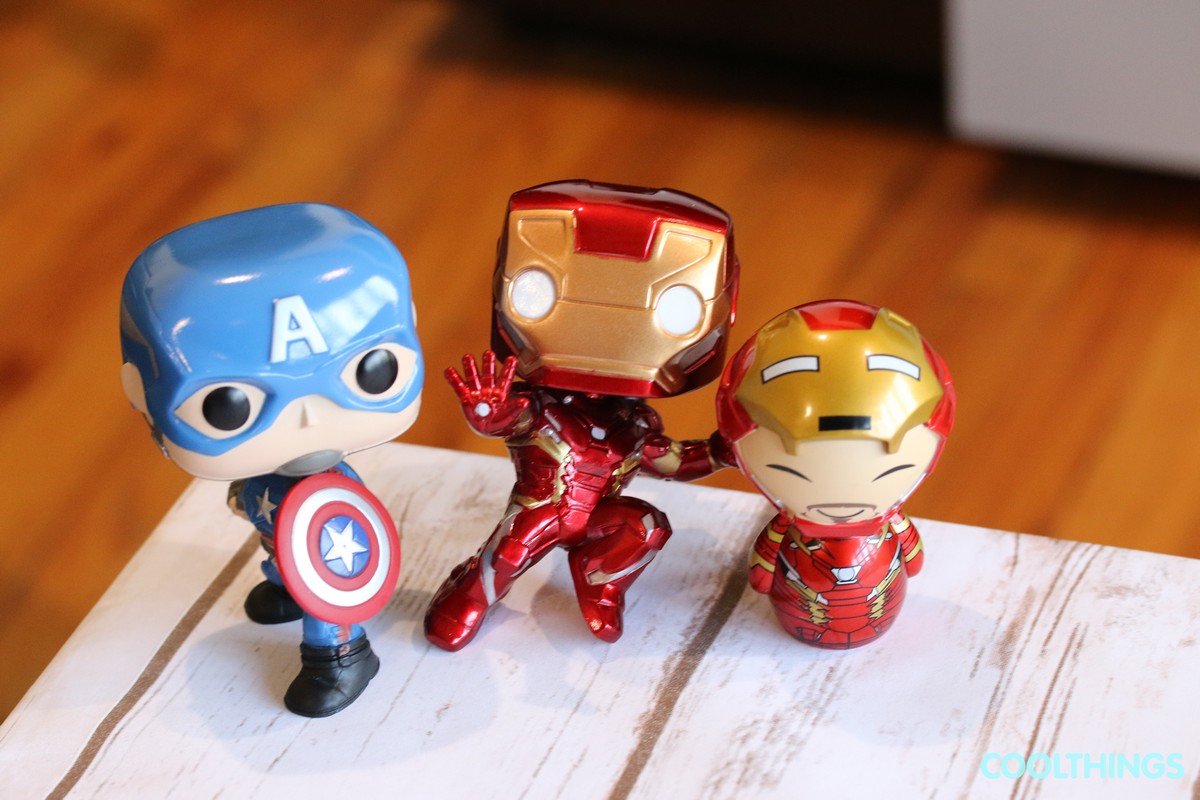 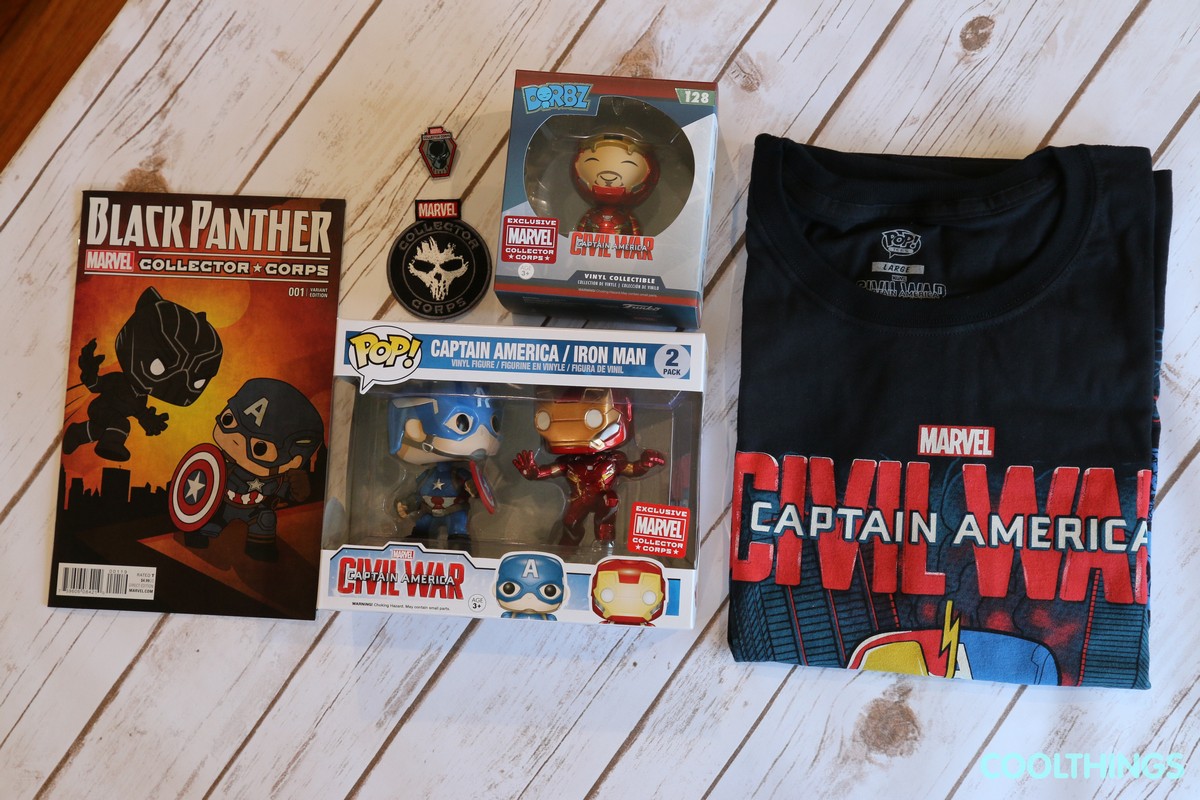