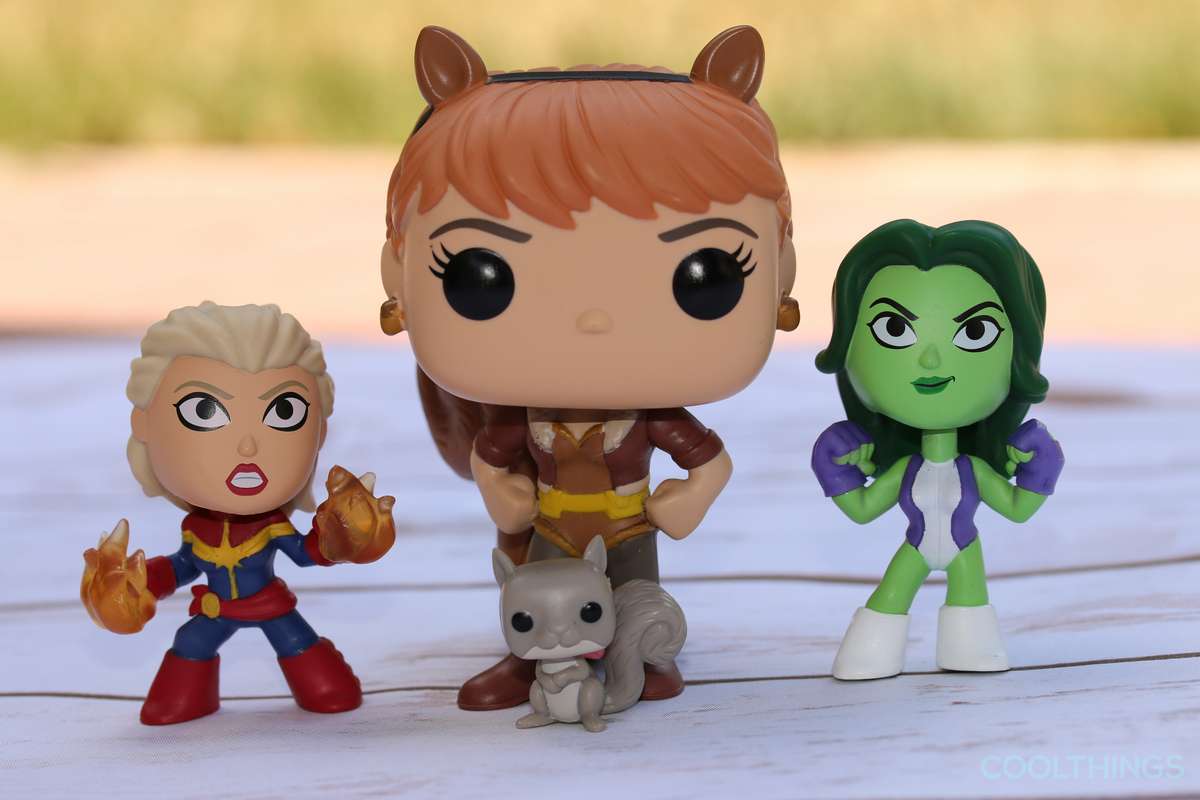 July is almost here and we all know what that means: it’s time for a new Collector Corps box! If you’re ready to find out about this month’s offerings from Marvel, read on—but beware, spoilers and exclusive pictures are within.

This month’s theme is entirely focused on the ladies of the Marvel universe, hence this month’s Collector Corps title: the Women of Power. Marvel has always been known for its rather substantial and impressive lineup of female heroines—many of whom are now becoming names well known outside the exclusivity of their respective comic books thanks to Marvel’s wildly successful movie franchises. It’s almost hard to believe that at one point ultra-popular characters like Storm were only known within relatively tight knit groups of comic book readers.

We couldn’t be happier to see this month’s Collector Corps box shine a spotlight on the most powerful women in comics. Let’s take a look and see what you’ve got in store for July.

July 2016 Collector Corps: The Box Itself 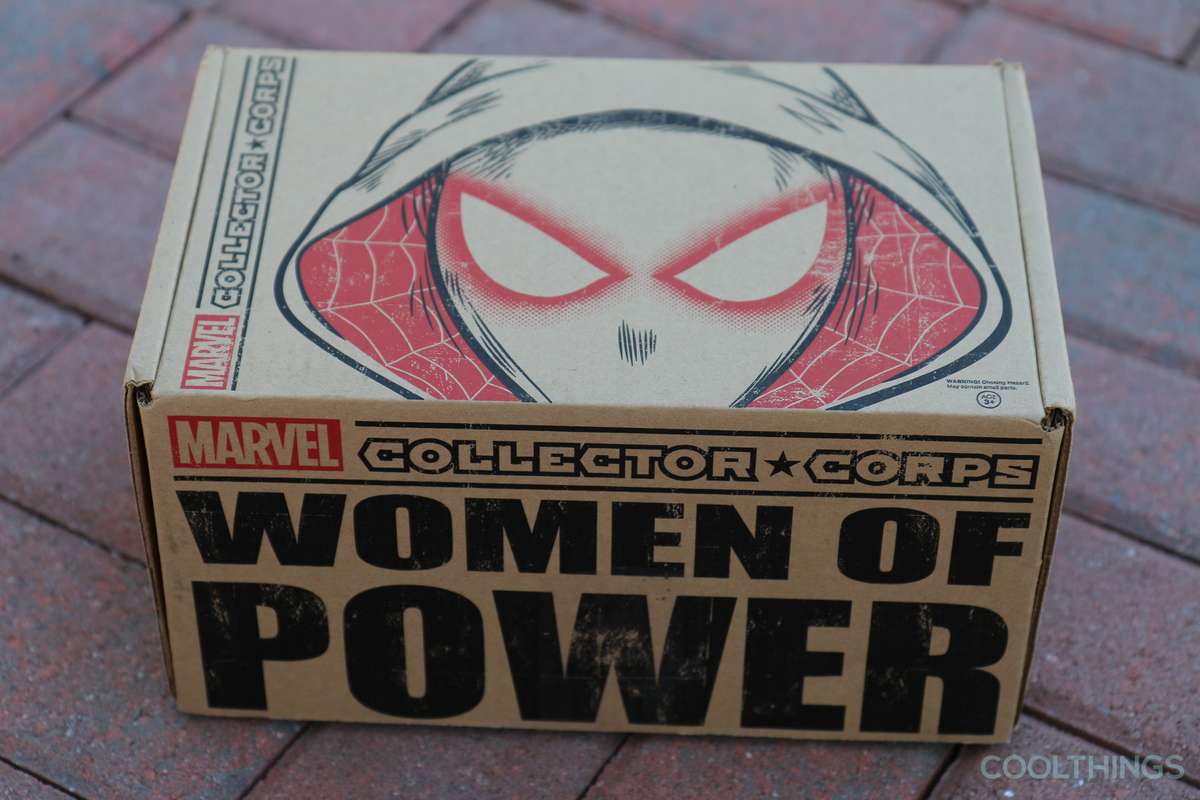 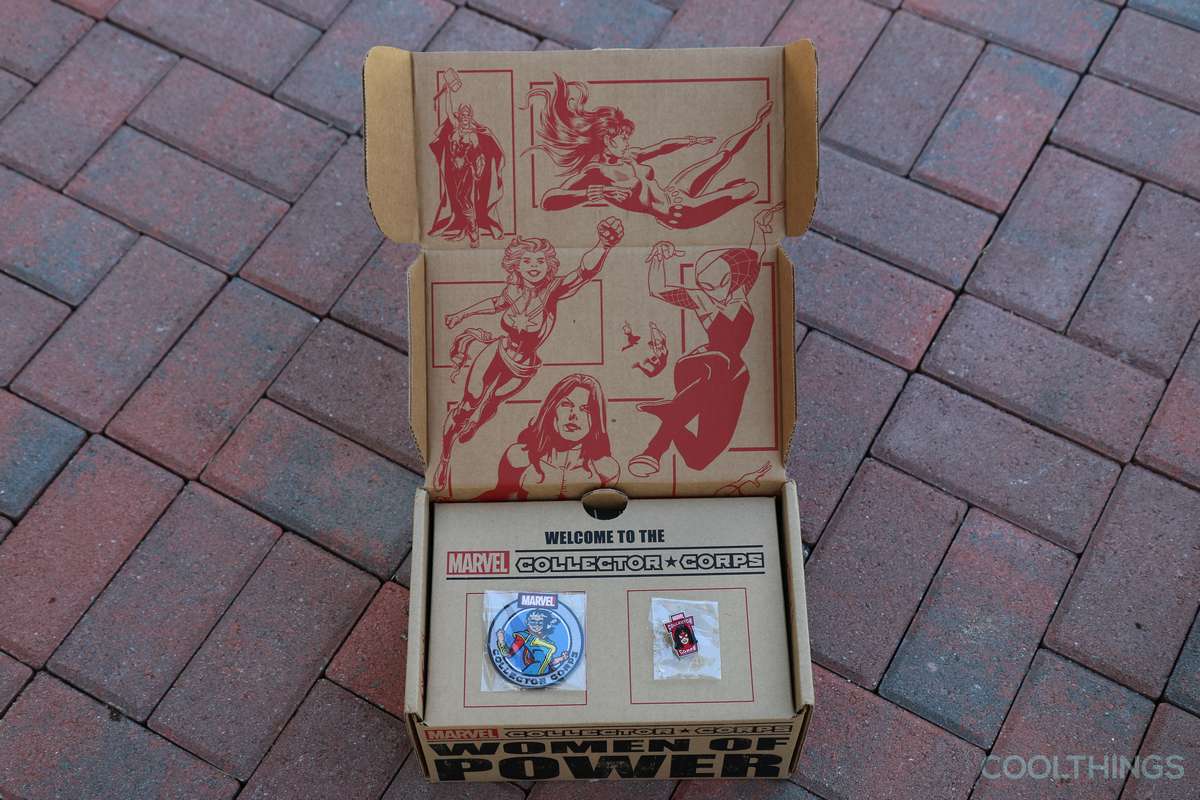 This month’s Collector Corps box prominently features fan-favorite Spider-Gwen in her iconic cowl. The box is similarly sized to other Collector Corps shipments, and once you open it up, you’ll recognize the theme on the inside: as is tradition, the interior design of the box features comic book panel art. We were especially impressed by the panels selected for the Women of Power box, as the art styles and characters featured span several decades. This was an excellent touch, particularly for those fans who appreciate the history of the Marvel universe and its array of female characters. 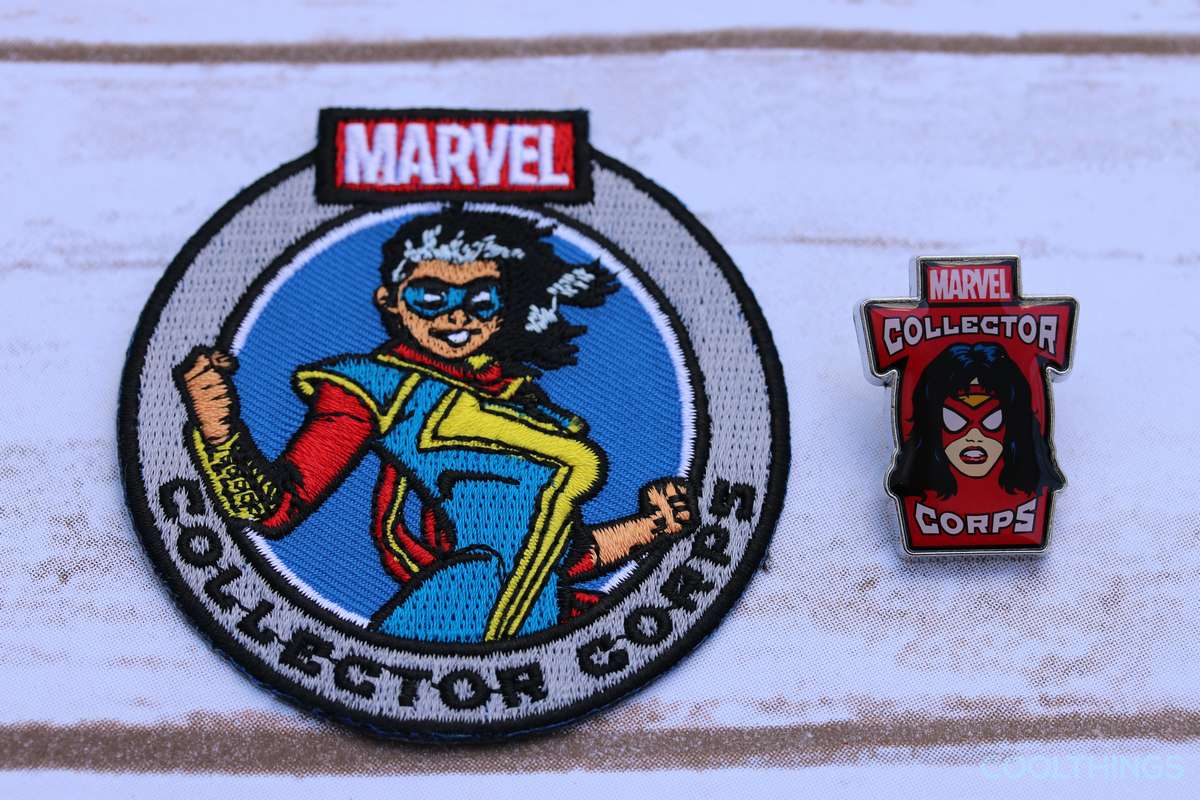 The Women of Power patch and pin don’t disappoint—which is a good thing, as these are likely to be the first items you see when you first open the box. The patch is large and durable in typical Collector Corps fashion, and features Ms. Marvel. The pin features Spider-Woman in her vintage incarnation. We haven’t seen too much vintage art in previous Collector Corps boxes, so the inclusion of an old-school Spider-Woman gracing the pin was a welcome addition.

If you were lucky enough to have received a shipment of the April Collector Corps box, you know that the theme there was tightly focused around the Captain America: Civil War movie. This month’s box carries a little bit of that flavor, since the comic book included is a variant of Civil War II #1. On the cover, you’ll be delighted to find Funko POP! style art featuring a variety of the characters within it—always a pleasure to see the Funko editions of characters—including female characters Eketra, Spider-Woman, Ms. Marvel, and Valkyrie. Oh, and Captain Marvel is there too, but it’s the girl’s time to shine this month. 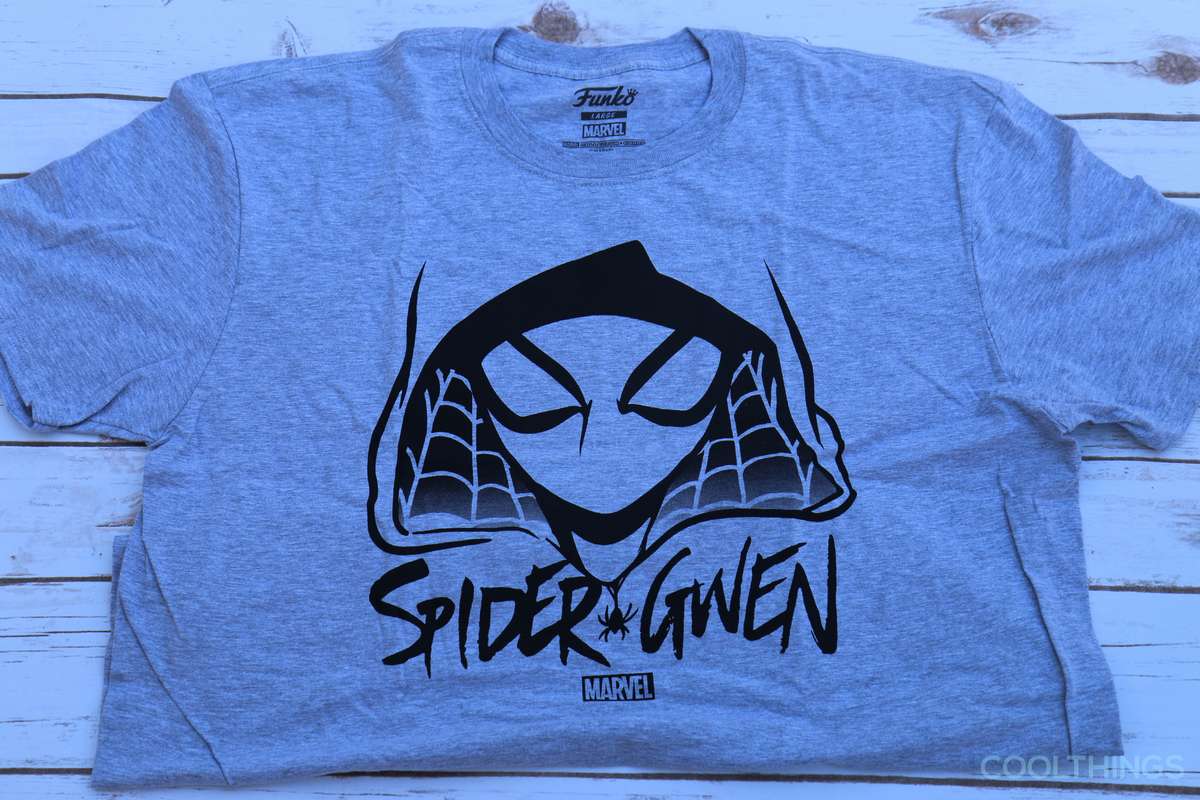 The shirt you’ll receive this month is gray and, like the box itself, features Spider-Gwen. She’s a great character that’s seen a remarkable rise in popularity since her first appearance only two years ago. The shirt isn’t particularly impressive as Collector’s Corps boxes go, but we can’t complain about having one of our favorite characters on it. 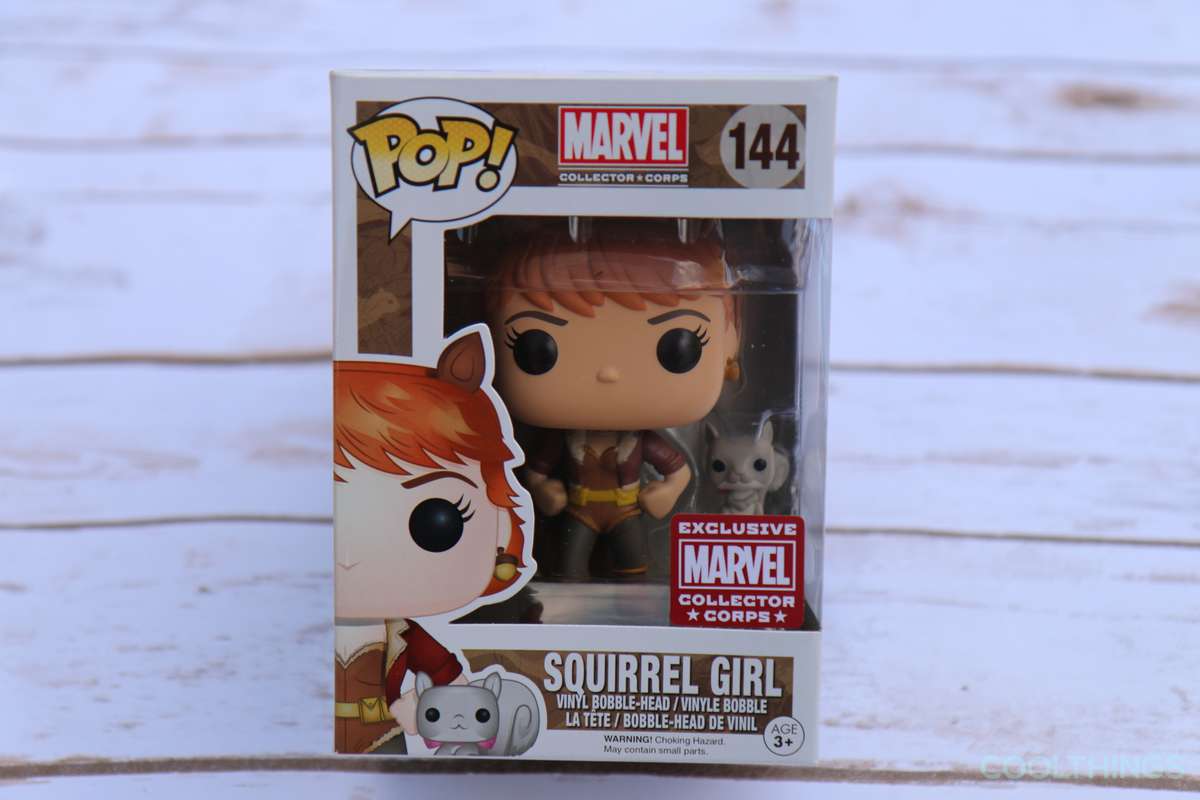 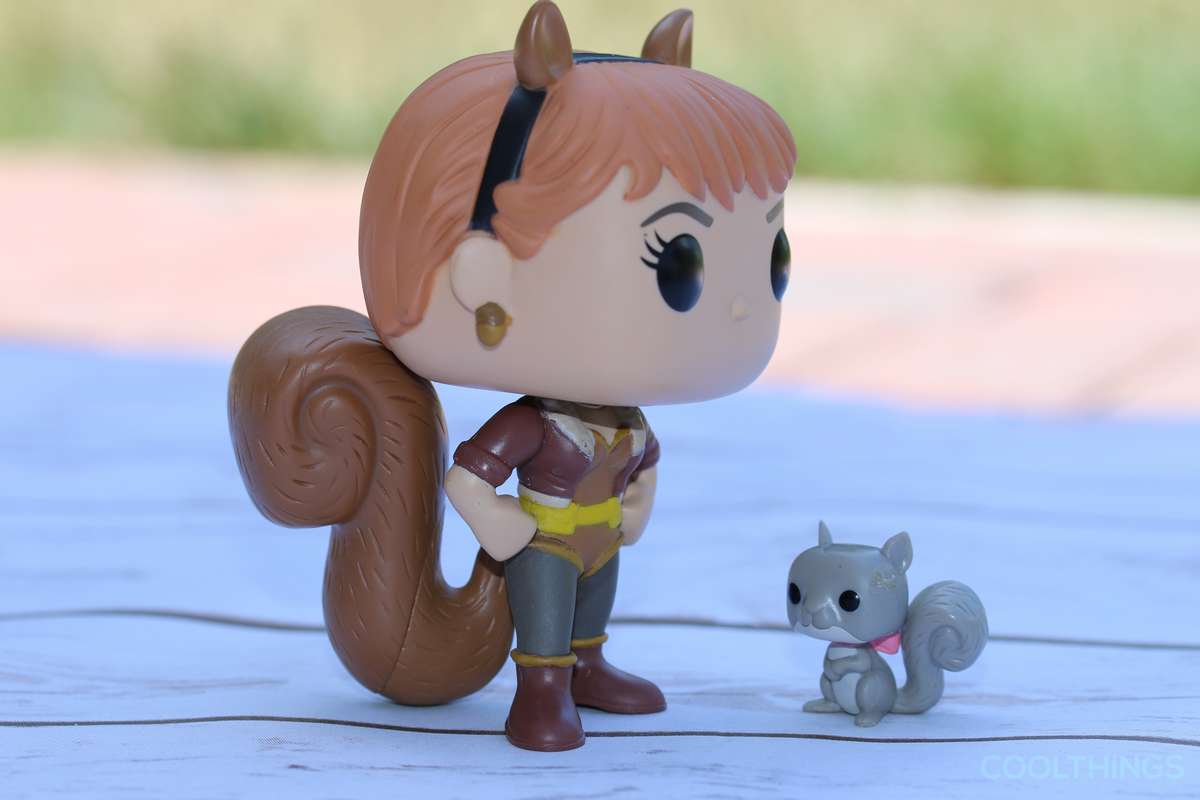 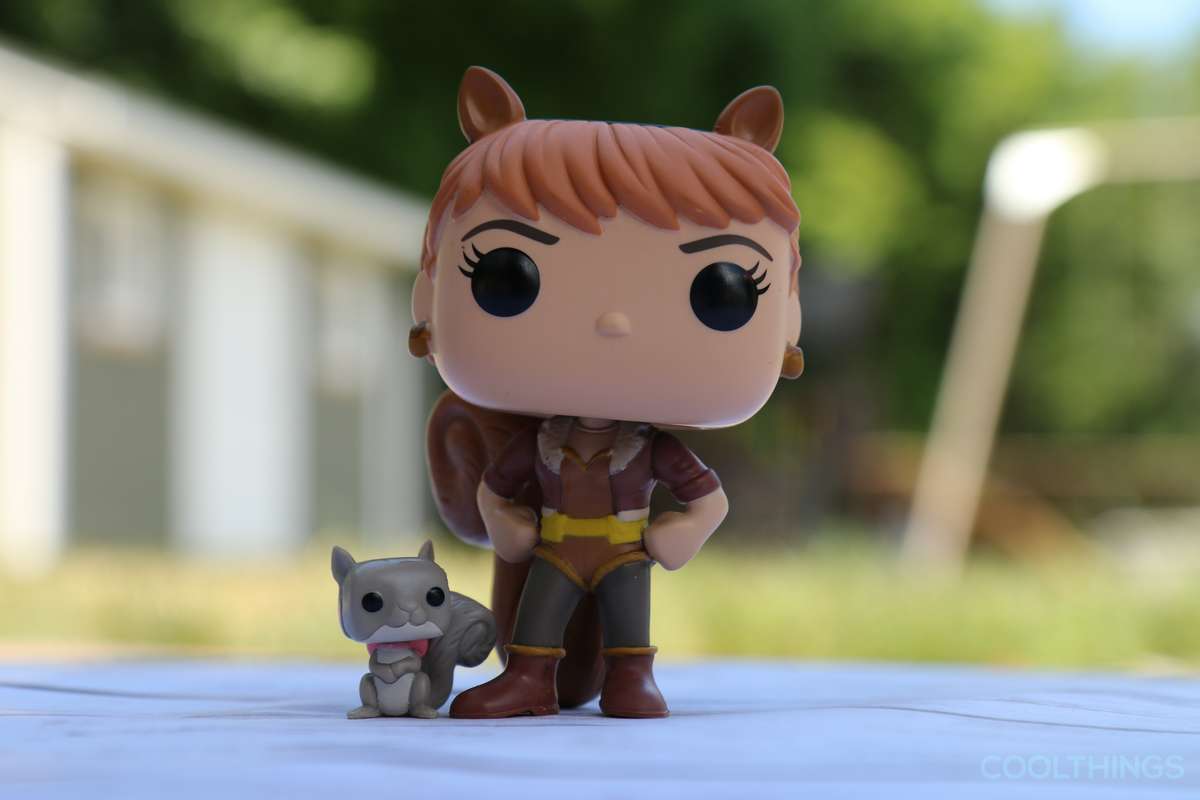 Finally, the Funko POP! figures in this month’s  Collector’s Corps box are Squirrel Girl (who doesn’t love her?) and Tippy Toe. Other than Ant-Man from a box which shipped last year, Tippy Toe is one of the smallest Funko figures, but if you’re familiar with the character, it makes sense.

Overall, Marvel has continued to deliver high quality offerings in their monthly mystery boxes. We hear that August is going to bring us some goodness from everyone’s favorite web-slinger, so stay tuned—we’ll let you know what we think of that  Collector’s Corps box too. 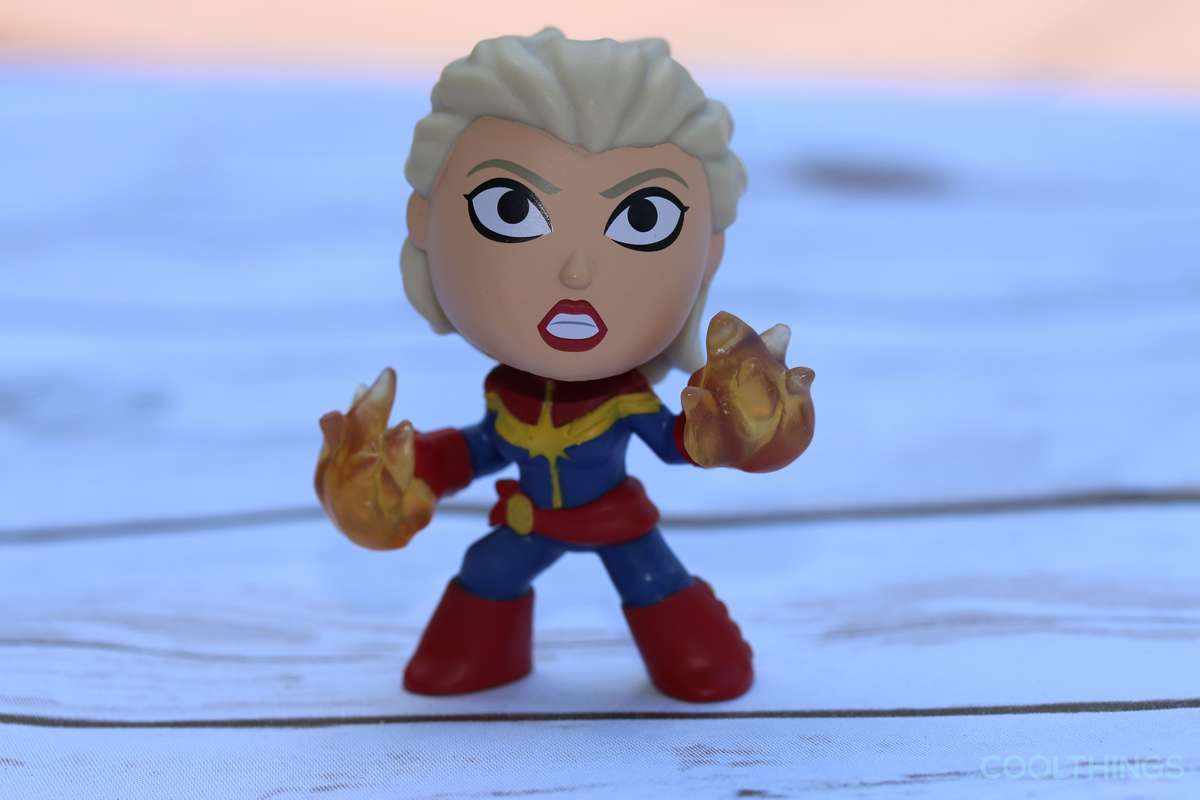 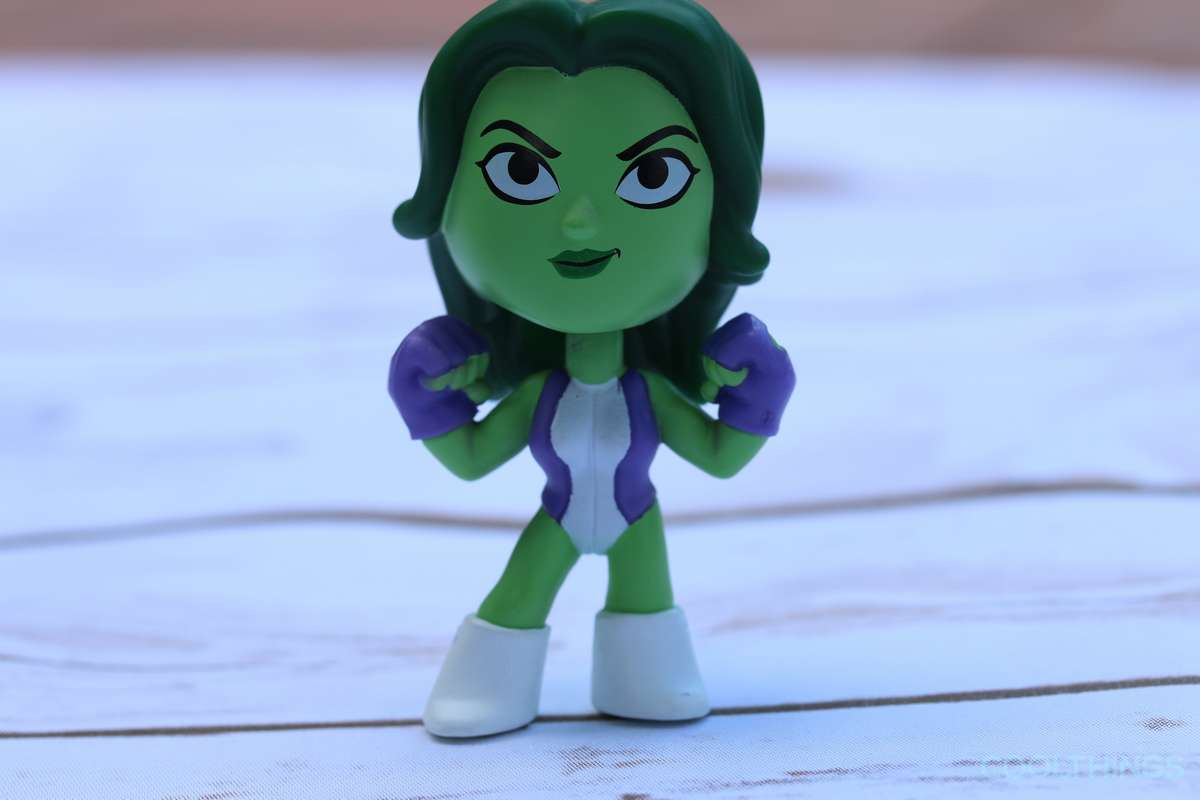 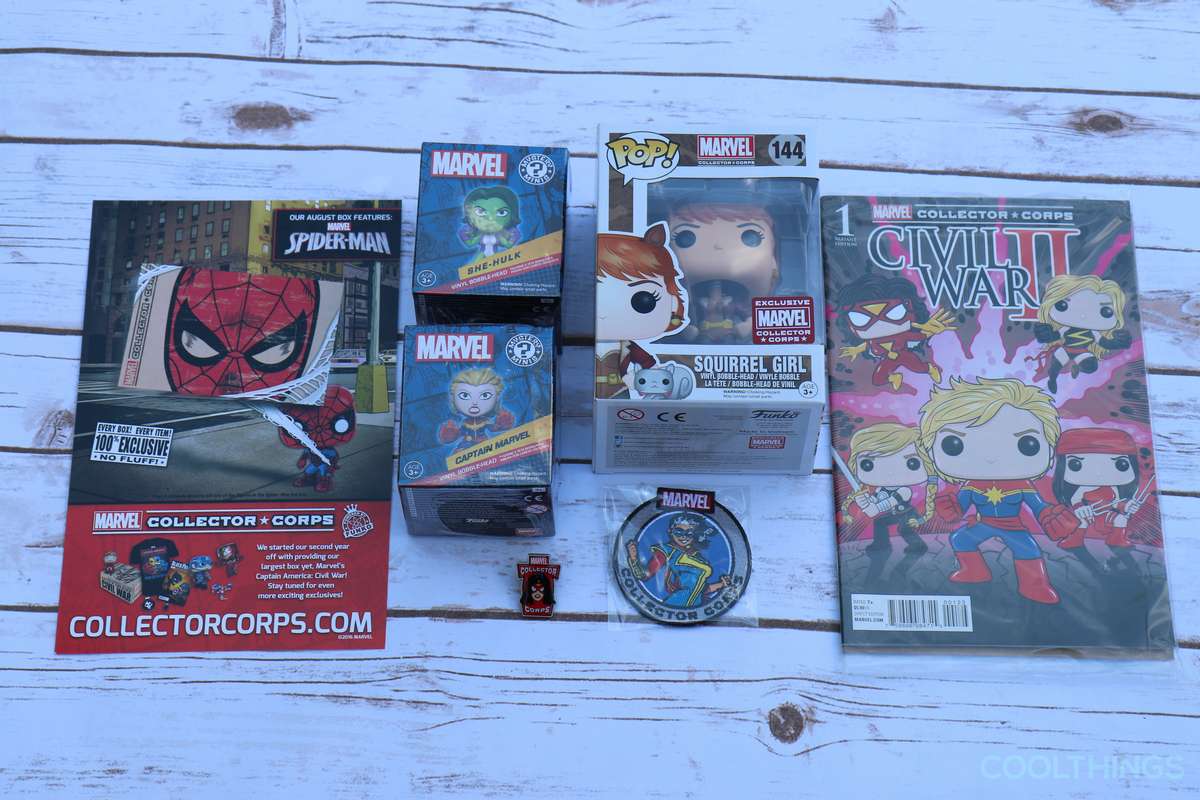