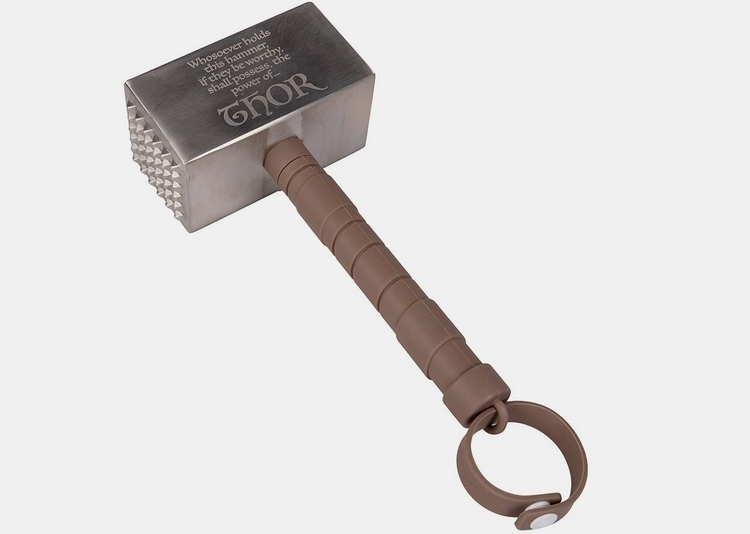 There’s no shortage of toys that recreate Thor’s hammer, allowing you to arm yourself like the son of Odin. Problem is, none of them are really useful as a weapon, since they’re usually made from plastic, silicone, or some other material incapable of inflicting any damage. If you’re looking for something you can actually use as a melee weapon, maybe this Seven20 Marvel Thor Mjolnir Tenderizer will do the trick.

No, it’s nowhere near as powerful as Thor’s actual hammer, but it has a head that’s heavy enough to pound the toughest cuts of meat into a more tender state. And yes, you can use that same head to pound the face of any supervillains that will dare venture into your home, which should make you feel like a legit God of Thunder all the same. Well, something like it, anyway. 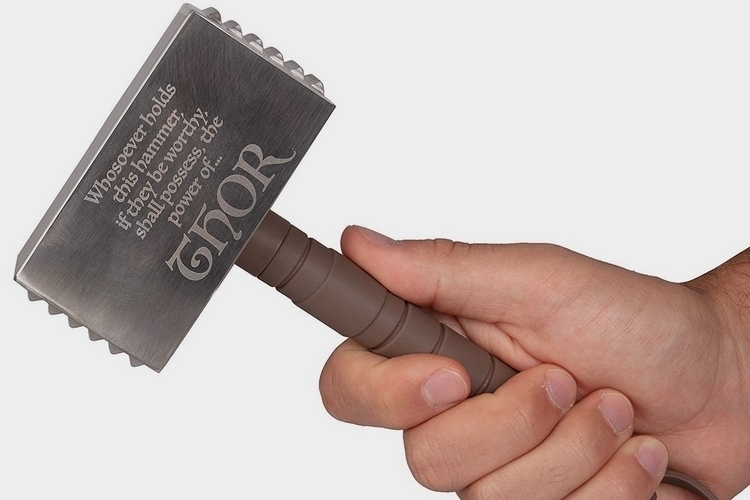 No, the Seven20 Marvel Thor Mjolnir Tenderizer isn’t meant use as a weapon, so it’s not the first thing you should pick up when you’re going to fight in a neighborhood melee. Seriously, a large frying pan sounds much better for whacking people in the face. Like every tenderizer (even the one you wear on a finger), it comes with spiked teeth on either side of the head, allowing it to capably soften the fibers on any type of meat with the same effectiveness as any similar product in the market.

Unlike those tenderizers, of course, it’s clad in the likeness of Mjolnir, the famed hammer forged by Dwarven blacksmith using uru, an extra-terrestrial metal found in the realm of Asgard. They even threw in the inscription on the side, which proclaims that “Whosoever holds this hammer, if he be worthy, shall possess the power of Thor.” No, it won’t have the same might and magic as Thor’s actual weapon, but imagining yourself as a Marvel superhero might help with your actual cooking prowess. Nah, it probably won’t. 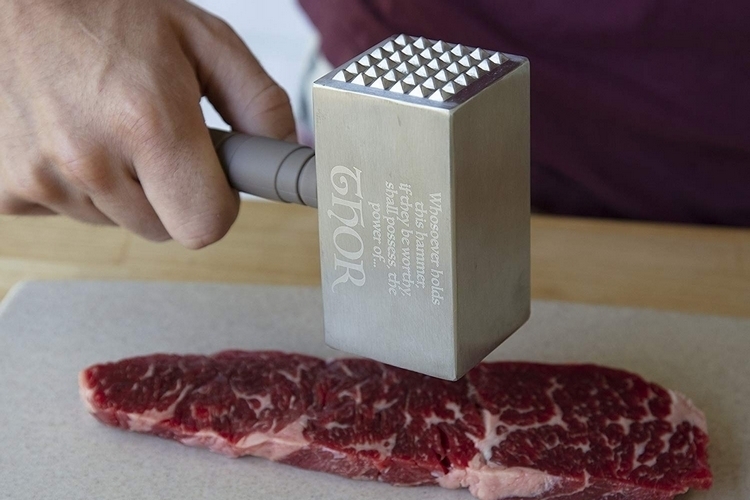 Instead of uru, the Seven20 Marvel Thor Mjolnir Tenderizer has a head cut in stainless steel, so it’s still a hard and strong metal that should dig into those meat fibers with menacing aplomb. It pairs that steel head with a silicone grip that resembles the design of the one Thor uses (points for authentic appearance), but is probably not the best for keeping a strong hold while whacking a slab of beef (we know, you don’t care, it’s still awesome). 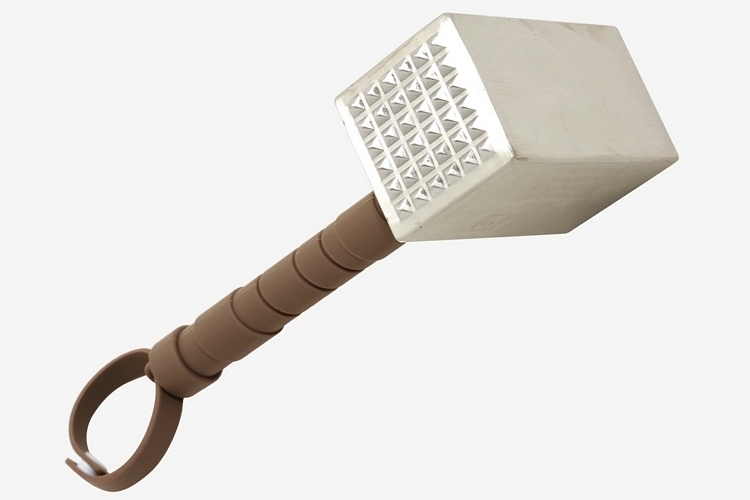 Dimensions are 3.5 x 2 inches for the head (depth x width), with the whole thing measuring 7.5 inches long. That means, it’s small enough that you can throw it around like the actual Mjolnir, so you can tenderize your meat from a distance by simply throwing the darn thing like a tomahawk. Yes, it will take you forever to tenderize meat doing that, but is time really a construct that concerns a god like you? Heck, no, you’re the king of Asgard. Everyone will wait until you finish all your tenderizing tasks. 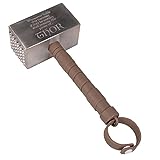