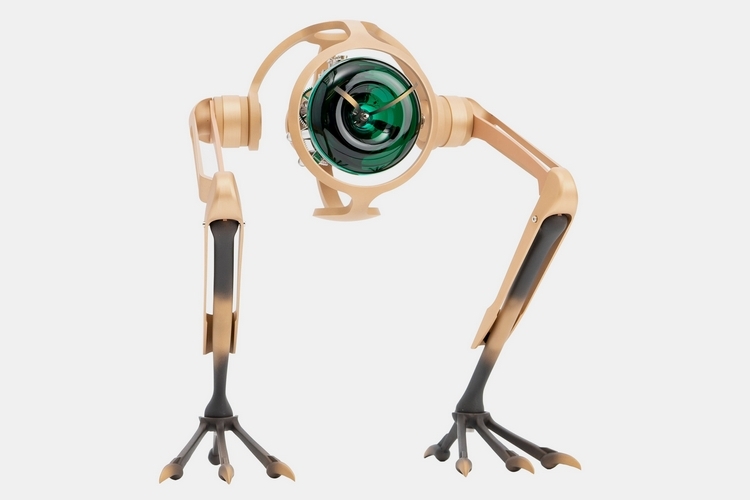 It looks like one of those strange objects the protagonist will encounter in a fantasy sci-fi movie: a cybernetic creature with a giant eyeball head attached to a pair of chicken legs. Maybe, it will attack anyone who tries to touch it. Maybe, it will become an ally. Maybe, it’s just an inanimate object that will help the hero at some point along his journey. Either way, it’s just one of the detailed elements that will likely stand out in your memory when you think about that movie. Except, the Massena LAB T-Rex Bronze isn’t a movie prop, but an actual timekeeper designed to tell the time while lending a unique aesthetic to any room.

If the clock design looks familiar, that’s because this isn’t new. Instead, it’s Massena LAB’s own version of an original MB&F design.  You know, the guys that made that Starfleet clock, that Octopod clock, and a bunch of robot-looking timekeepers. And while this embraces, pretty much, every aspect of the original clock, the unique finish this one gets actually makes the resulting figure feel much more alive. 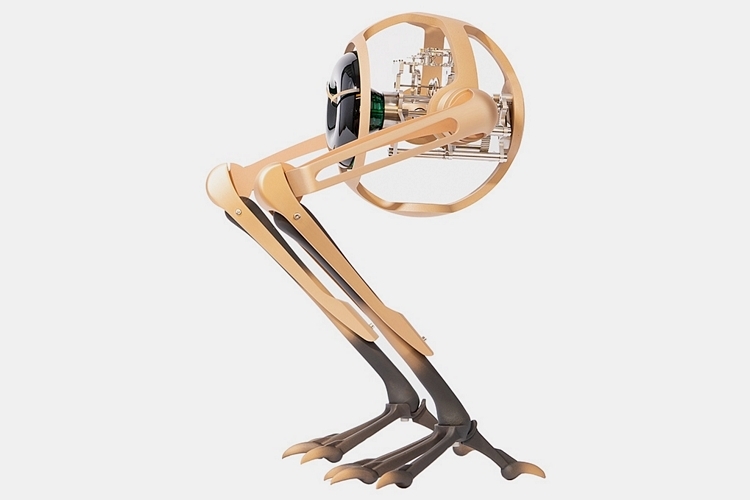 The Massena LAB T-Rex Bronze uses the same Murano hand-blown glass for the dial as the original, as well as similar hour and minute hands that you can clearly seewhen looking at the creature directly out front. It also takes on the same L’Epée 1839 movement, which boasts 138 components, seven jewels, and eight days of power reserve, complete with its exposed placement inside the skeletal frame right behind the dial. A winding key is included, which you can use to set the time through the center of the dial and wind the movement through the barrel axis in the rear.

Why do they call it a T-Rex when it looks more like an alien creature from one of the old TV shows on SyFy? According to MB&F, that’s because the legs of the clock are modeled directly on actual T-rex bones that have been recreated using 3D scans of fossilized dinosaur skeletons as reference. Yeah, that actually sounds legit, although we have a feeling people will be giving it their own take on a name if they were to own one. Eyeball head, anyone? 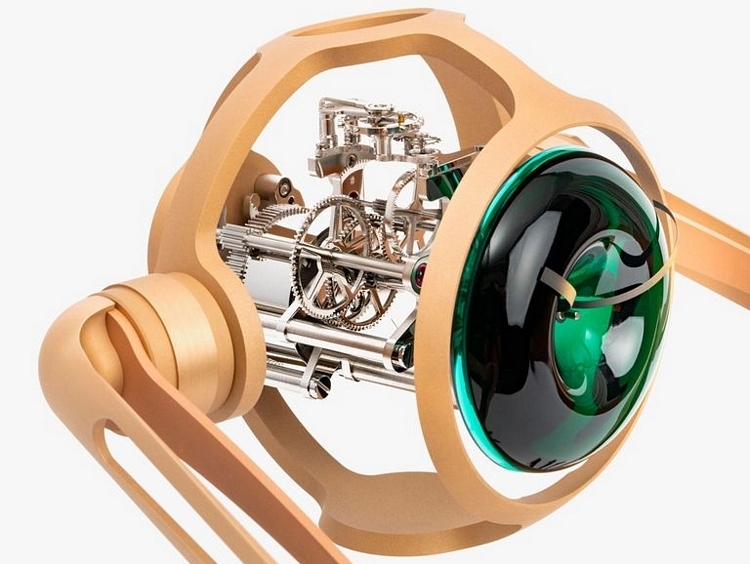 The Massena LAB T-Rex Bronze stays faithful to the MB&F design down to the individual parts of the body, so it gets the same details, from the bent knees and the long legs to the sharp claws on each of its toes. Instead of using stainless steel for the body, however, Massena opted to use bronze, giving the clock a surprisingly more steampunk feel. Our favorite part, though, are the lower leg and feet area, which, the outfit claims, has been aged to create an earthy brown patina, giving the timepiece its own unique character, compared to the original iteration. 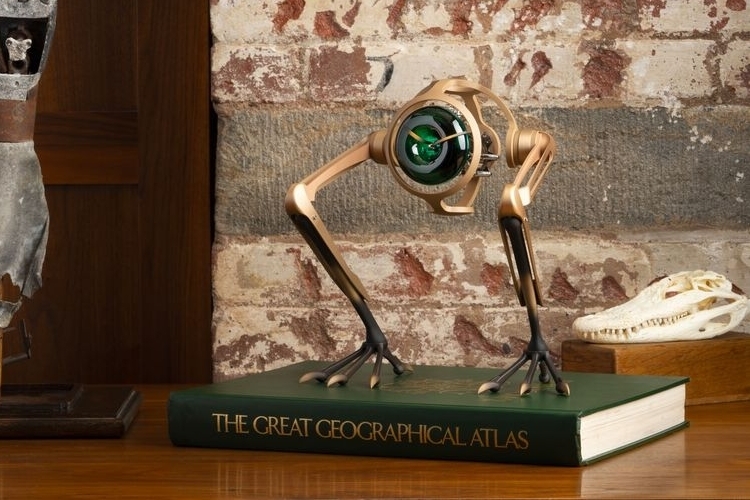 According to Massena, the entire bronze structure has been oxidized by hand, so the frame should be able to retain its color over a long period of time. That means, your robot clock will likely look exactly as it does now when the apocalypse times and survivors chance upon it while digging through the rubble of your dilapidated mansion. Or something.