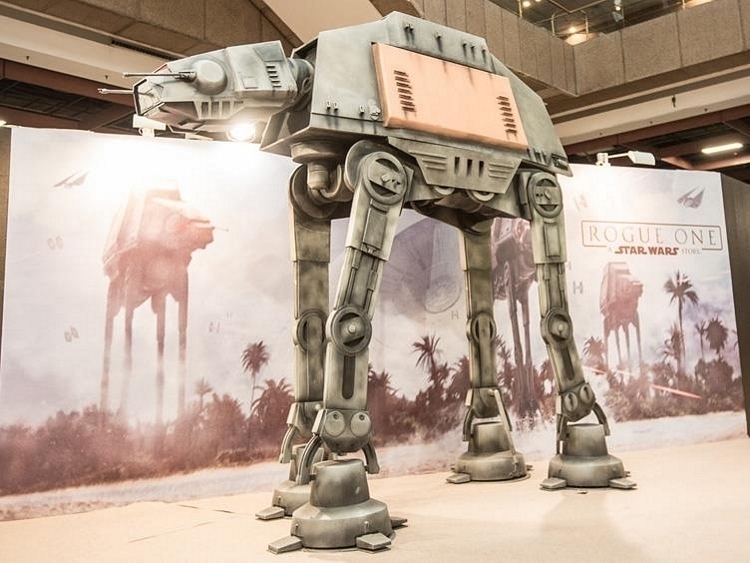 Being a larger version of the standard combat AT-AT, it’s only fair that your toy model of the AT-ACT walker be significantly larger than your AT-AT toys, too. However, this Master Craft 1/7-Scale AT-ACT from Beast Kingdom is definitely pushing it a little too far.

That’s right, it’s a 1/7-scale recreation of the most powerful transport walker in the Star Wars universe. And it’s massive, standing at close to 10 feet tall, ensuring it will make for a towering presence in any living room. Heck, this will probably take over your entire living room, so good luck if you decide to bring one of these into your existence.

The Master Craft 1/7-Scale AT-ACT comes with a weathered paint job that looks like its spent time in the battlefield, as well as detailing that faithfully recreate the digital models found in the film. Do note, no part of the walker is articulated, so you can’t actually walk it around the backyard or bend the legs for fitting through your doorway. Yeah, we have no idea how you’re supposed to get in the house, but we’ll leave to whoever’s brazen enough to actually get one.

We don’t what it’s made of, but it might as well be whatever fictional alloy they use in the Star Wars universe. That’s because this thing weighs a whopping 7,308 pounds, so it’s an all-around headache figuring out what to do with it.