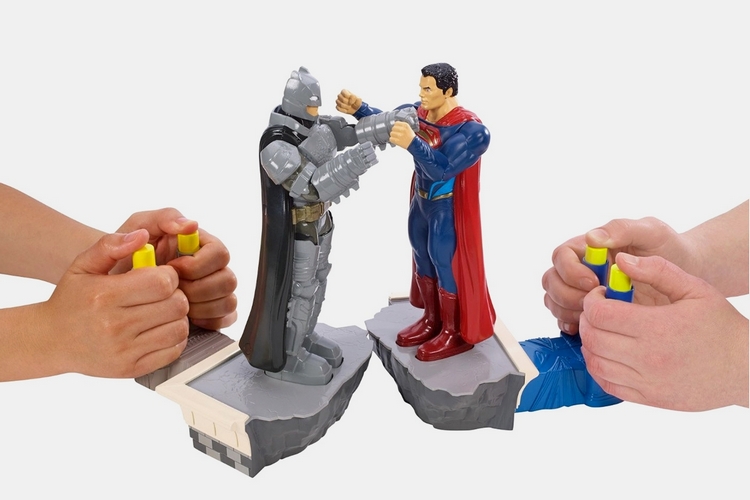 Like many folks, we very much look forward to the epic battles Dawn of Justice promises between two of DC’s biggest superheroes. And while we doubt the action you can make with Mattel’s Batman vs Superman Rock ‘Em Sock ‘Em Game does their onscreen showdowns any justice, it still should make for hours of superhero fun.

Unlike in the movie, the two protagonists stand stationary in this version of the head-to-head, engaging in good, old-fashioned fisticuffs to assert their rightful claim to the DC throne. Or whatever it is they’re actually fighting about in the movie. No flying stuff, no bat-gadgets, and no alien superpowers – just punch after punch after punch until one succumbs to a fatal hit and gets punched off the platform. 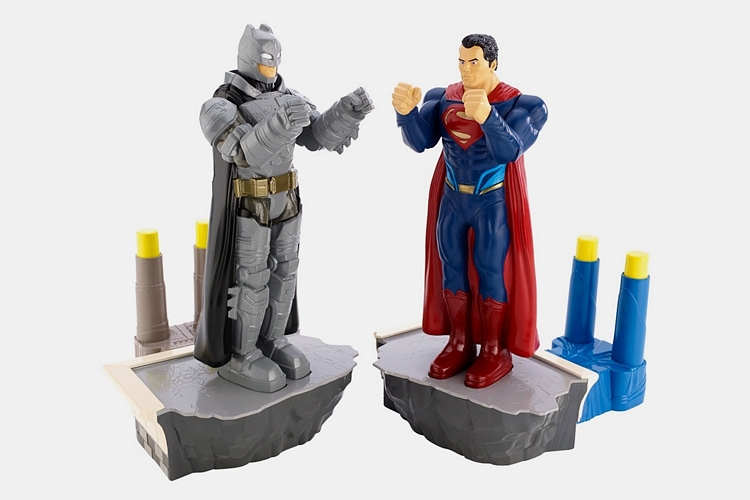 Adding a modern twist to the classic rock ‘em, sock ‘em, the Batman v Superman Rock ‘Em Sock ‘Em Game puts the two characters on separate platforms, so you can add circling and in-and-out movements to the mechanics of the game. That way, you can retreat a little when your opponent is getting the better of the exchanges, giving you time to change strategies and turn the tide in your favor. Features include simple two-button controls (one for throwing the left and another for the right), pre-recorded fighting sounds for more immersive battles, and a design that will see your superhero’s entire body fly out of his platform once he’s hit with a game-ending shot.

Slated to come out end of the month, the Batman v Superman Rock ‘Em Sock ‘Em Game is priced at $29.99.