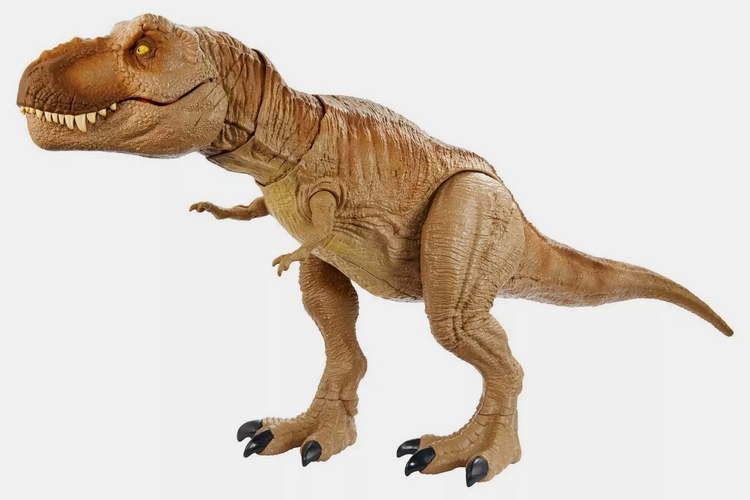 We have no idea whether we’ll love or hate the upcoming Jurassic World: Camp Cretaceous animated series on Netflix. We’ll pass our collective judgment on that when it drops sometime in September. What we do know is, they seem to have their merchandise game on point as evidenced by this awesome Jurassic World Epic Roarin’ Tyrannosaurus Rex from Mattel.

From what we can find, this T-rex is supposed to be one of the rampaging dinos wreaking havoc on a summer camp for kids on the other side of the island theme park. Will it eat kids? Probably not. Will it kill them? Probably not. It will, however, come close to doing both of those multiple times, all while inflicting plenty of property damage and creating all-out panic the way only rampaging dinosaurs could. 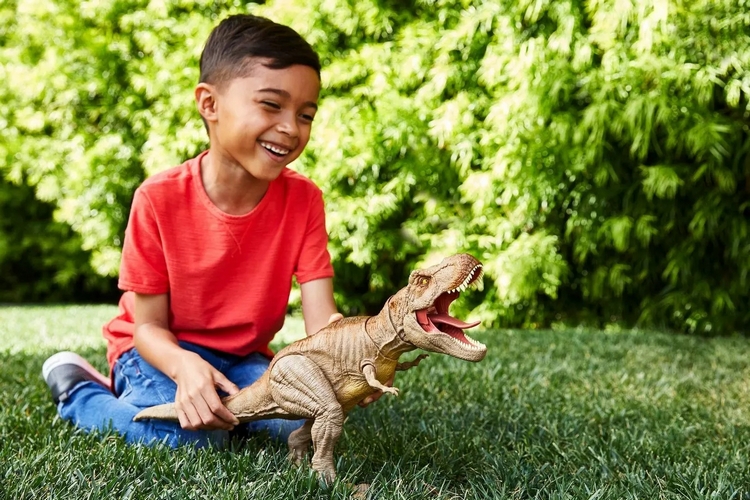 The Jurassic World Epic Roarin’ Tyrannosaurus Rex looks like a pretty standard T-rex toy, with its large mouth, sharp teeth, and disproportionately tiny arms, along with big feet that can stomp on cars, a large tail that can sweep things out of the way, and a big head that will absolutely peek inside someone’s window at the camp. It also boasts authentic sculpting, with realistic texture and detailed coloring, so it’s as good a prehistoric creature as any to set down on a display shelf. Unlike many T-rex toys, though, it has five points of articulation, so your dinosaur can move through your own tabletop Jurassic World and destroy everything in sight.

Even better, you can control the movements of the dinosaur’s head by moving its tail like a joystick. Move the tail left to make the head move right, pull it down to make the head look up, and so on, with a button on the tail allowing you to activate the chomping action. Suffice to say, you can chain together lots of cool movements just moving the tail around, so you can film this thing it like it’s an animatronic figure, so long as you keep the camera away from your hand playing puppet master on the tail. 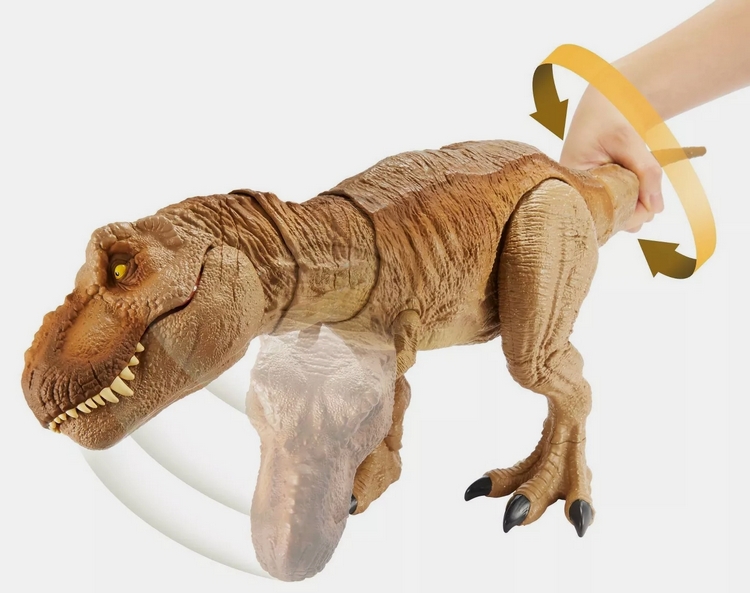 The Jurassic World Epic Roarin’ Tyrannosaurus Rex also comes with built-in roaring sound effects, which you can activate by holding the same button that opens and closes its jaws. It will shake while making those T-rex sounds, by the way, making it look like the darn beast is tilted as heck and about to pounce with impunity. Sadly, it can’t walk automatically, which is the only real downside. The legs are articulated, though, so you can still pretend it’s walking by moving it step by step. 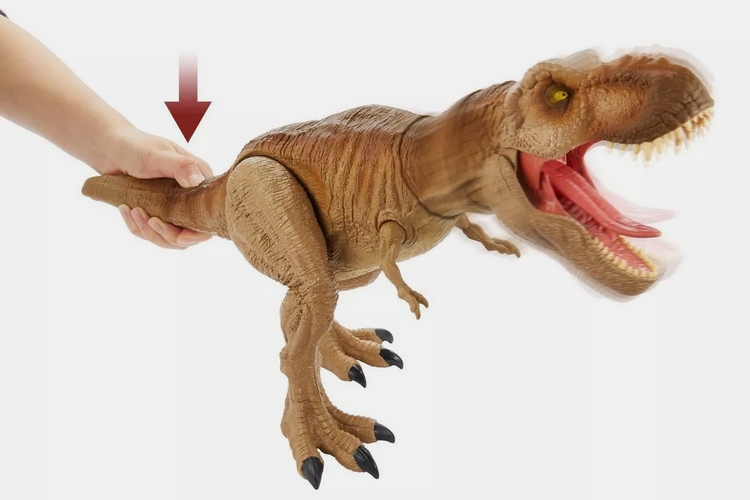 The dinosaur measures 22 x 10 x 4.5 inches (height x depth x width), so it should be able to attack your six-inch action figures pretty easily. Heck, it might even be able to fit some of them in its mouth, making for some interesting man-versus-dinosaur action. It requires three AA batteries for the sound effects and vibrating action.