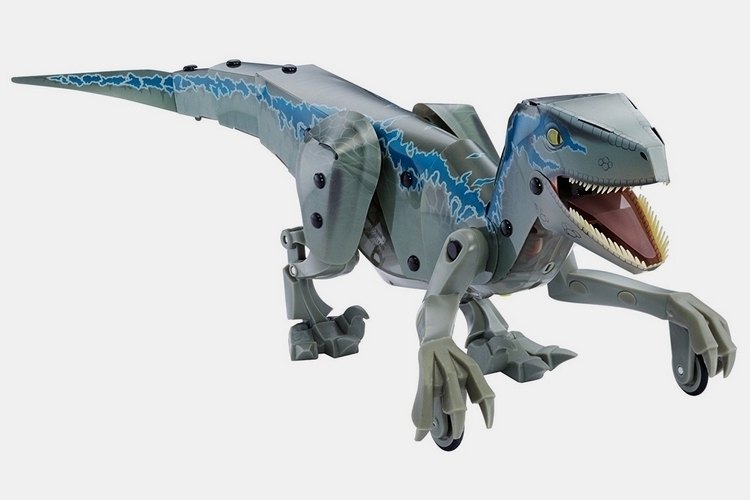 Cloning baby dinosaurs and keeping them as pets sounds fun and all, but we all know those things will probably grow up and kill your entire neighborhood, so it’s absolutely a terrible idea. That’s why if you want a baby dino to liven things up around the house, you’ll be better off getting one of these Jurassic World Kamigami Robots instead.

Made by Mattel, it’s a toy robot that kids can fold and assemble on their own, encouraging them to work with their hands to build their very own mechanical dinosaur. Whether you want a baby dinosaur, a robo-dino, or just an animated toy to recreate your Jurassic Park fantasies, this seems like the perfect toy to fill the missing spot in your shelf. 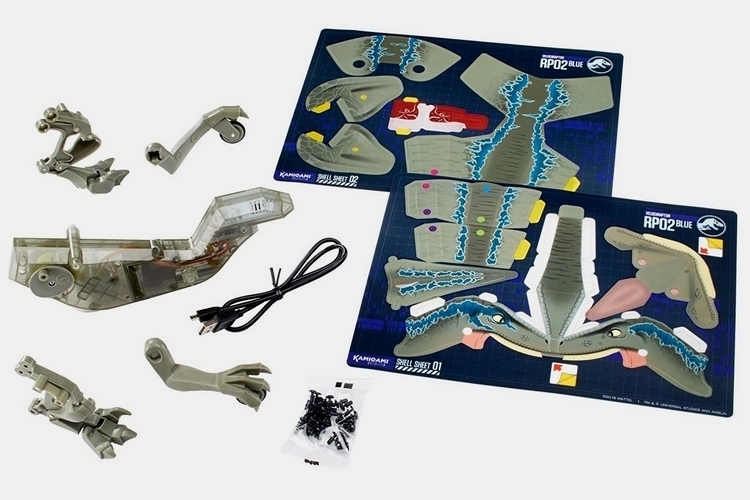 The Jurassic World Kamigami Robot consists of flat sheets with multiple snap-off parts that you can fold and assemble using the bundled rivets into a mechanical dinosaur with movable parts that kids can play with on its own. A companion app guides kids step-by-step in the robot’s assembly, so they have the option of following the detailed instructions (estimated assembly time is 20 minutes) or trying to put it together blindly for additional challenge. All the parts are designed to assemble around the core module, which houses a three-axis accelerometer, a three-axis gyroscope, an IR transmitter, two IR sensors, a Bluetooth chip, tri-color LEDs, and an electric motor.

The LEDs on the core module are designed to line up with the dinosaurs eyes for adding glowing eyes into the mix, while the motor lines up with the robot’s hind legs, causing them to move any time the motor switches on. Wheels on the front limbs help the robot maintain while facilitating smooth movements, allowing it to move in different directions without falling over. In the most basic mode, you can operate the robot using a joystick-based interface on the app, making it move in any desired direction just like a standard remote controlled toy. 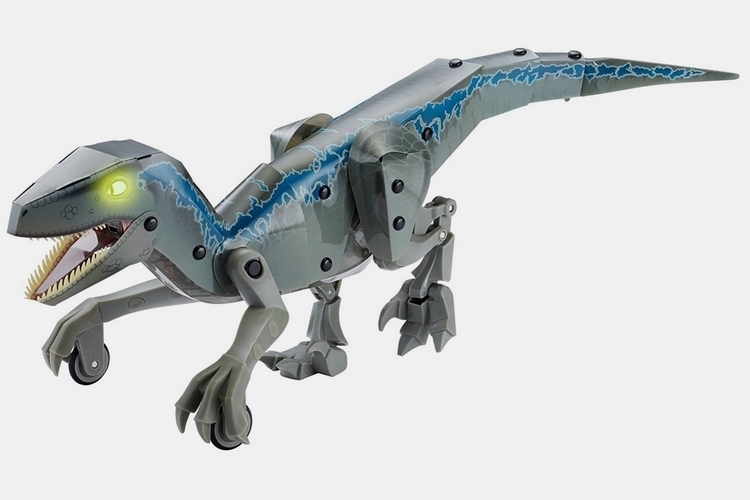 The Jurassic World Kamigami Robot, however, offers a much more involved gameplay when using the app. A programming interface allows kids to program the robot’s actions, from its movements to the way its eyes light up to the way it reacts to different stimulus. Want it to walk backwards at a specific angle every time it hits an obstacle? That can be done. Make its eyes light up and perform a battle dance every time someone pushes it? Yep, that will work. 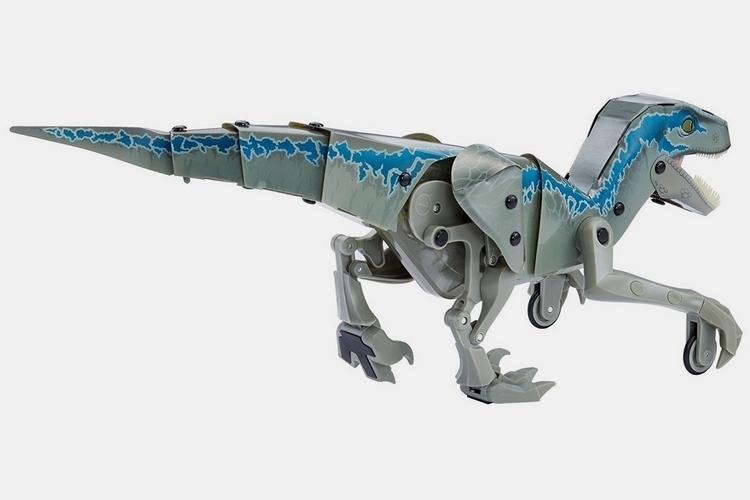 A dinosaur battle mode allows you to pit two dino-bots against each other using a game interface on the app, with the IR sensors serving as a way for the toys to interact with each other. And, yes, you can use the programming interface to create your own games, so you can expand its replay value in a whole load of ways. Each robot, by the way, comes with a rechargeable battery, which can keep it running for up to 30 minutes between charges.