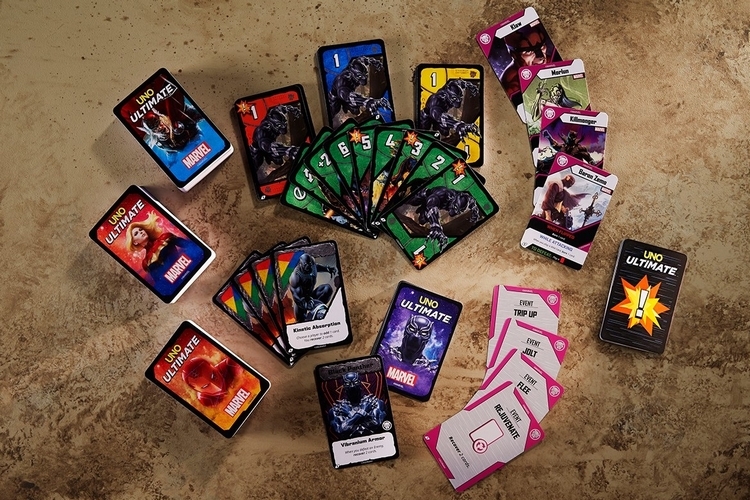 Most themed Uno decks retain, pretty much, the exact same card game, with the themes simply being used as aesthetic fodder. It’s a nice way to give your Uno deck a fresh makeover, all while retaining the simple gameplay that’s already familiar to everyone. The Mattel Uno Ultimate Marvel Card Game, however, goes another route, injecting superhero powers into the mix and adding decks that add challenging twists to your superhero’s plight.

No, it doesn’t veer that far from what’s made Uno the classic tabletop game that it is. You still start out with seven cards each, then match numbers and colors as you get rid of cards in your deck. Except, they add a few new quirks to the rules to account for the superheroes featured in this version of the game, giving it just enough comic book feel to make for quite a refreshing change. 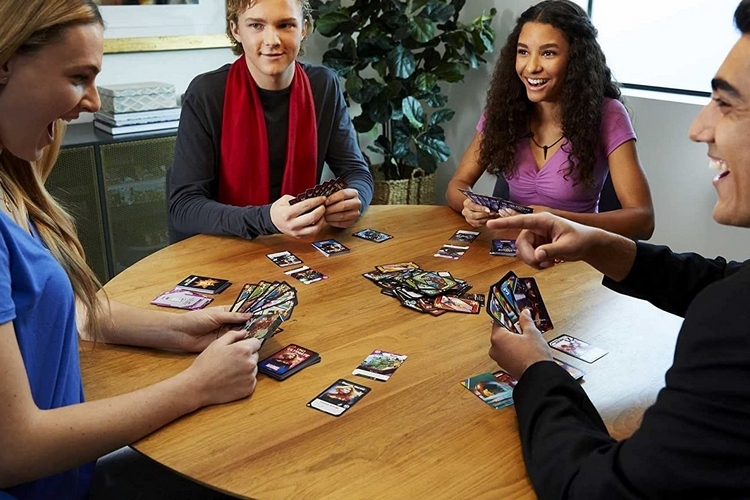 The Mattel Uno Ultimate Marvel Card Game comes with four foil character cards, namely Thor, Captain Marvel, Black Panther, and Iron Man, with one of the four cards going to each player, who then plays the game as that character. Each character has special powers that the card’s owner can use on every turn, such as getting an extra turn when you play on top of a wildcard or forcing all players to burn a card when you play a card with an exclamation mark. From what we can tell, the “superpowers” look balanced enough, so there’s no clear advantage based on which character you end up playing.

Instead of a single draw deck, each player gets their own draw decks, as you get four sets of decks with each specific character marked on the back, so you can feel like you’re really playing as that superhero. Or something. Some of the cards in the deck will have an exclamation mark. If you play them, it means you will have to draw a card from the Danger Deck, which further complicates the turn by forcing some non-desirable play your way (like drawing more cards or burning them). If you draw a supervillain from the Danger Deck, it gets worse, as you’ll have to keep doing the play every turn until you’re able to defeat them. 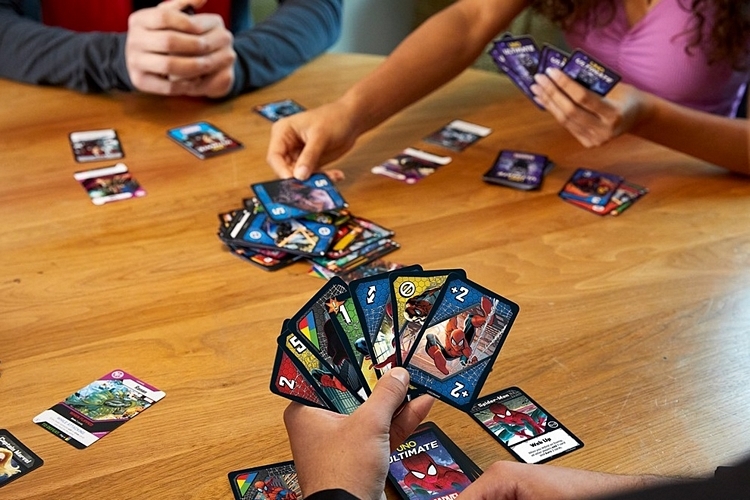 The Mattel Uno Ultimate Marvel Card Game retains the basic rules of the regular Uno, so you can still force players to skip turns, reverse the direction the game plays (e.g. clockwise to counterclockwise), and draw a new card from your deck if you don’t have a move. However, there are now two ways to win. Aside from winning by getting rid of all the cards in your hand, you can also win by eliminating all your opponents’ decks, either by burning all their cards or forcing them to add the cards to their hands. 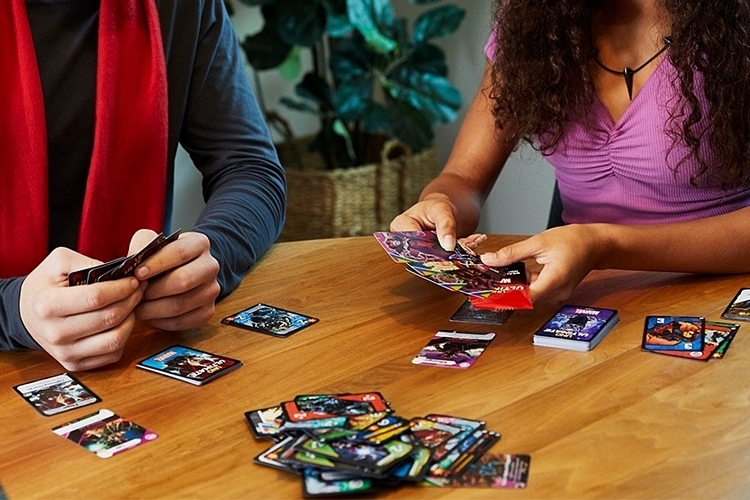 While the set only comes with four characters, Mattel is planning to sell expansion sets that will allow you to play with all-new characters. That’s right, they can keep adding new superheroes with new powers to change up the gameplay, making this a really interesting, really fun-looking deck.