Mattracks Powerboard: A Stand-On Scooter That Lets You Plow Through The Snow 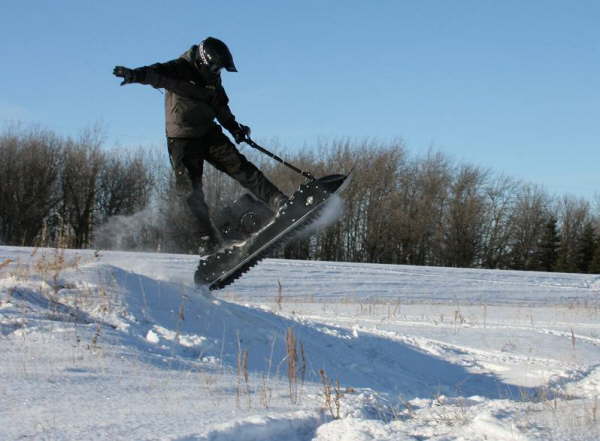 Hankering for a new solo sport you can play in the snow when you’re away from the slopes?  Get the same snowboard feeling while taking a romp around the neighborhood with the Mattracks Powerboard, a motorized, single-rider board that lets you plow through the ice.

Intended to deliver the thrill of snowboarding without traveling to the nearest ski spots, it functions much like a stand-on scooter.  Since wheels won’t cut it in thick powder surfaces, it’s outfitted with a large rubber track boasting aggressive grips, allowing you to run and maneuver comfortably on snow-covered terrain. 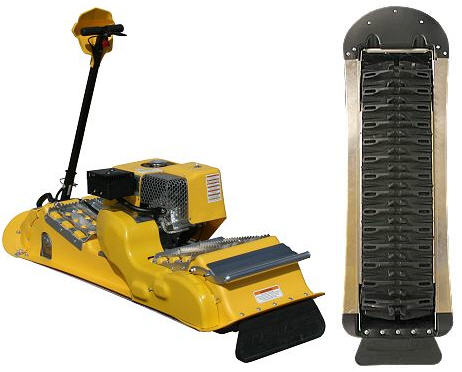 The Mattracks Powerboard sports a mid-mounted 200cc gas engine that propels it at up to 18 mph.  It can capably climb over ice-covered hills, as well as ride through deep, pillowy powder snow.   Fuel capacity is only an eight of a gallon, though, so don’t go too far, lest be stuck having to walk back home.

Riders get an adjustable T-bar handle to hang on to for balance (as well as control throttle and power), allowing you to work the machine without special boots or bindings.  Other features include a lightweight aluminum (well, mostly) chassis, high-density plastic engine housing and a tethered safety switch. 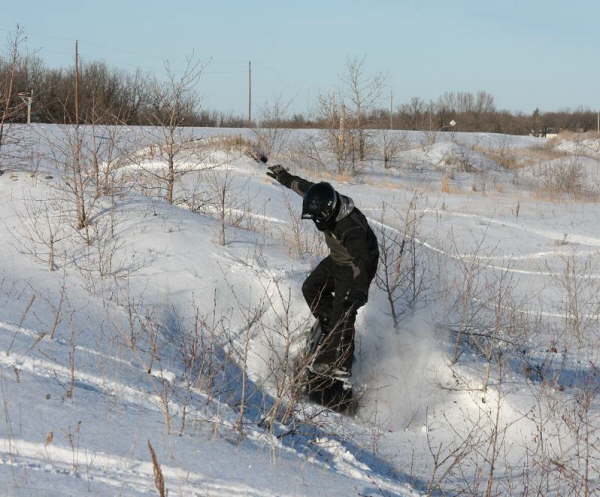 From the action pictures, it doesn’t appear like a high-powered machine, so don’t expect to plow through the ice in blistering speeds.  For getting around on the ice in the middle of snow season, though, it could be just the thing to stow away in the garage while you wait for winter weather to come.

Unfortunately, the Mattracks Powerboard appears to have gotten behind schedule and won’t be available in time for winter festivities.  Look for it to debut in the fall.