MAUL Is A Semi-Automatic Taser Shotgun 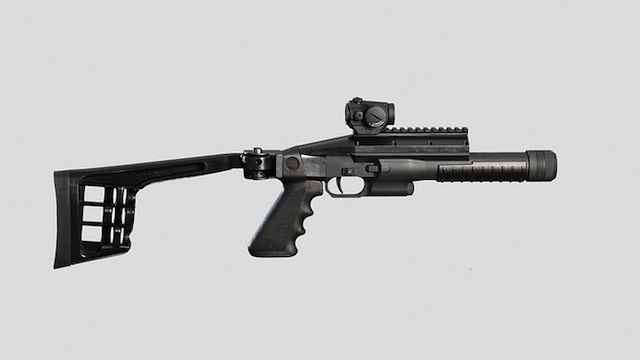 Tasers are good for non-lethal self-defense.  If you’re looking to take down multiple mutants coming your way from a short distance, though, you’re going to need something that can dole out a hurting for more than one body at a time.  The MAUL is the semi-automatic taser shotgun that can do just that.

Jointly made by Taser International and Australian firm Metal Storm, the hand cannon lets you unload five rounds of ammunition in a mere two seconds, so you can put a quintet of 250-lb. goons down with just one squeeze.  And just in case you’re feeling a little more lethal today, you can load it with good old buckshot and slug cartridges, too, so you’re ready to leave a trail of blown-up zombie heads if necessary. 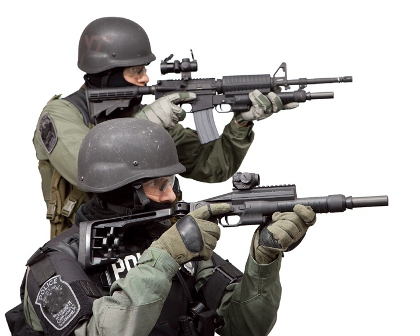 The MAUL is a 12-gauge, semi-automatic shotgun designed for use with any standard shotgun ammunition (including Taser’s XREP cartridges).   Used with its standalone stock, the gun weighs just 1.8 lbs., making for one of the lightest semi-automatic firearms in its class.    Because of its ability to handle multiple  types of ammo, it’s being marketed as an effective tool for scaled response —  use tasers to subdue and lethal ammo when being nice is no longer suitable.

For military users, the shotgun can be removed from its stock and mounted as a module on a regular combat rifle (maybe even an irregular Halo Sniper Rifle), so you’ve got two options on tap if you need both lethal and non-lethal facilities within short triggering distance.  Of course, that means you’re also likely to make the mistake of pulling the wrong trigger, but you can probably train your coordination to avoid those situations.

Metal Storm is still in the process of working to bring MAUL to market, so you can’t buy one yet.  And when it does, we doubt your local chapter of Vigilantes Versus Aliens will be allowed to purchase a cartload of them for self-defense purposes.  Probably wouldn’t hurt to try, though.