Mavizen TTX02 Race Bike Includes A Web Server, Wi-Fi And Linux On Board 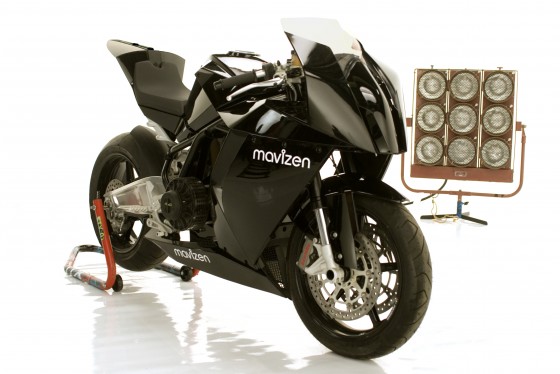 A laptop on wheels.  That’s what Mavizen is calling their new TTX02 race bike, which comes with an integrated computer on board.

Yep, it’s the most computing-friendly bike put together.  Probably the only one ever.  With an operational web server setup running Linux, Wi-Fi and a dedicated IP address, you can literally take your websites with you while you’re hitting the road.

Want to boast about having the fastest web server around?  While Wi-Fi ensures you probably won’t get the best download and upload bitrates, you can make your case with the bike’s 130 mph top speed.  Sure, it’s not really significant to the discussion, but that should be good for a laugh among your techie friends.

Based on the TTXGP-winning Agni X01, the Mavizen TTX02 should offer plenty of power to motorcycle enthusiasts of all sorts.  Little is known about the details, though, other than the fact that it will rock a KTM RC8 chassis on top of the Agni powerplant.  That and the fact that it’s being geared for racing enthusiasts as a platform for customization.

If you’re dreaming of hitting the open roads while browsing Facebook and checking your mail, though, that’s not likely what this bike is going for.  Nor does it look like it’s actually intended to host websites.  Whatever buyers end up doing with the onboard computer setup will likely have to do with racing as this thing is being primed to burn the tracks.  I mean, the last thing you want to be doing is checking out YouTube videos while taking a turn at 130 mph.

The Mavizen TTX02 will be produced in a limited run of 50 units, with retail pricing being pegged at $41,300.