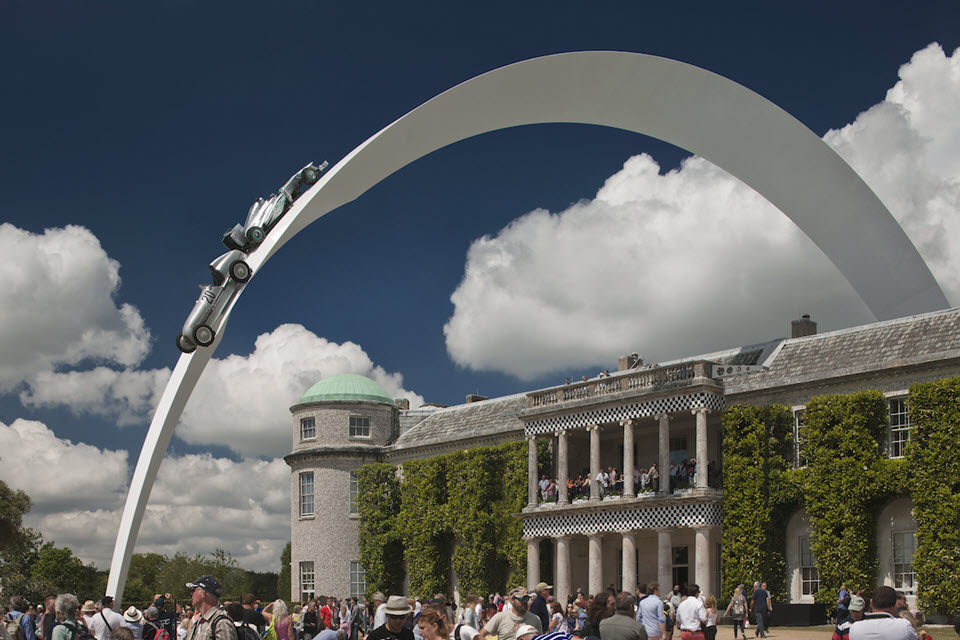 While the cars are, obviously, the highlight of every Goodwood Festival of Speed, this year’s automobiles received serious competition from the giant sculpture set up outside the event facility.  And deservedly so. Created by London-based artist Gerry Judah, the Mercedes-Benz Sculpture puts a pair of the automaker’s race cars atop an arching track that towers close to 300 feet above the ground.

The track goes all the way from one side of the Goodwood House to the other, literally soaring over the building like a magical flyover that suddenly showed up out of thin air.   Along the track sits two cars in frozen animation going in opposite directions, making for a spectacle that’s just all manners of impossible to ignore. 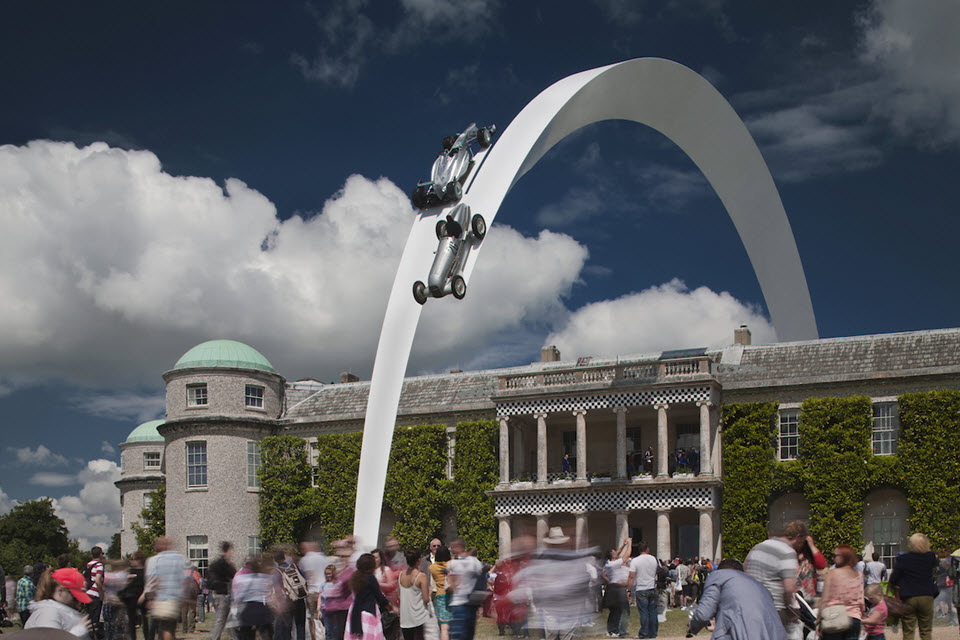 Designed to commemorate the anniversary of the Mercedes Racing Team’s identity-defining Silver Arrow colorway, the Mercedes-Benz Sculpture showcases two memorable cars: the 1934 W25, which won in its very first race at Nürburgring Nordschleife, and the Mercedes AMG Petronas F1 W04, the outfit’s latest Formula 1 racer that emerged victorious at both Silverstone and Monte Carlo.  Both are, naturally, decked in Silver Arrow paint, a motorsport tradition the team adopted exactly 80 years ago.  The entire structure weighs a massive 190 tons. 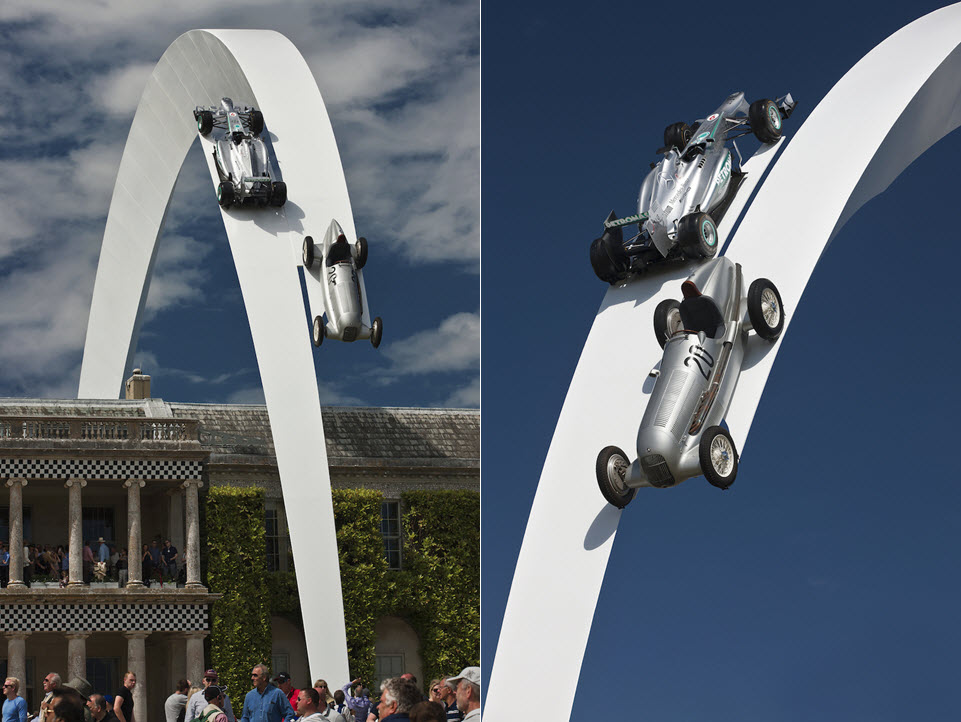 You can find out more about the Goodwood Festival Of Speed 2014 Mercedes-Benz Sculpture from the artist’s website.