MB&F Arachnophobia Adorns The Wall With A Horrifying Spider Clock 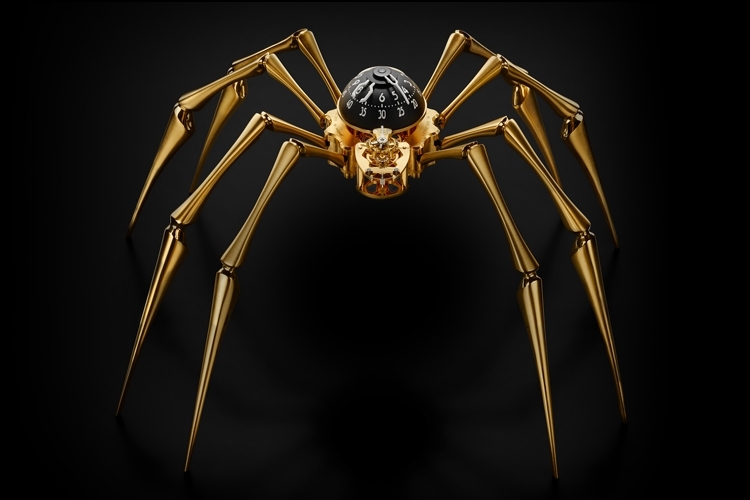 I’ve stopped being surprised at the kind of things MB&F conjures. After seeing weapon-like wristwatches, robot clocks, and even a TIE Fighter desk clock, you just come to the conclusion that these guys make unnecessarily complex and luxurious weird stuff – that’s their thing. Their latest, naturally, falls along the same line: the Arachnophobia, a sculptural wall clock that looks like a giant spider.

No, that’s not a joke. It’s designed to look like a giant spider crawling up your wall. It’s creepy, too, with an appearance that’s based on the late Louise Bourgeois’ sculpture Maman, which depicts a scary-looking 30-foot spider carrying two dozen eggs in its abdomen. 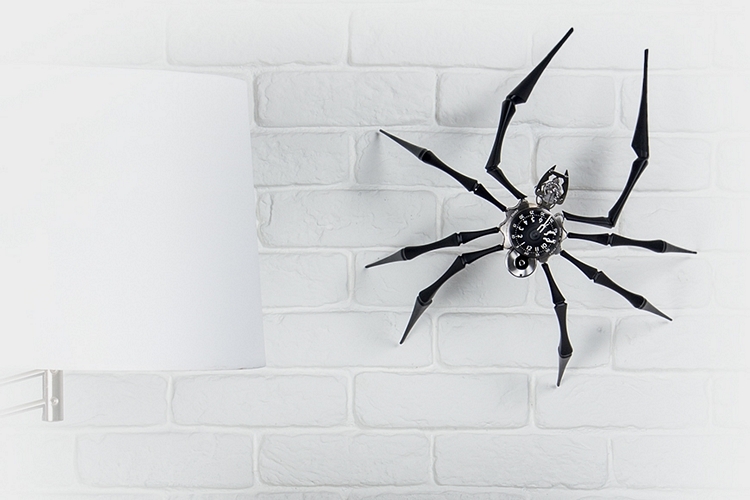 The MB&F Arachnophobia uses the spider’s body as the actual clock, taking a L’Epee movement and customizing it to serve as the mechanical head and torso of the arachnid. A black dome with white numbers serve as the spider’s shell, while also depicting the hours and minutes of the day. And while the entire contraption is big for a spider, that domed body is actually too small for a wall clock, so unlike whatever time-teller you have up on the wall right now, you’re going to have to move closer in order to read the time on this thing. 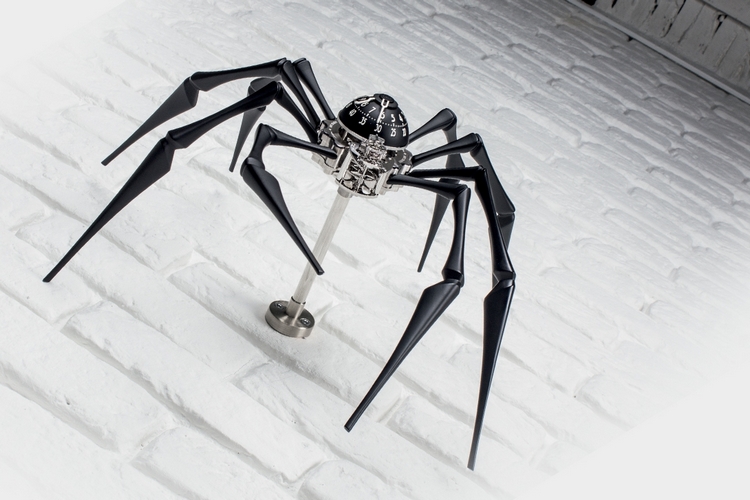 While the legs aren’t articulated (boo), they can be rotated, so you can still make the spider look like it’s going to attack for your personal amusement. It comes with a power reserve of eight days, an Incabloc shock protection system, and a clock mechanism made up of 218 components and 11 jewels. Dimensions are 75.4 x 134.9 x 63.8 mm.

Available in black and 18-karat gold-plated versions, the MB&F Arachnophobia is priced starting at just under $16,000.