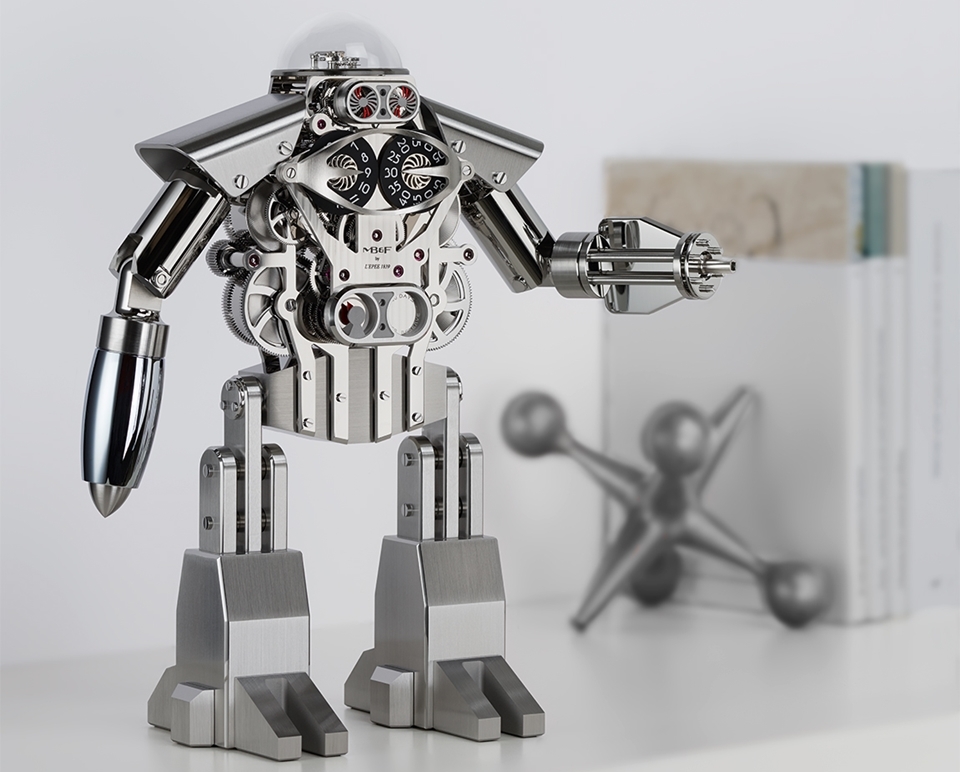 MB&F is well-known for ornate, complicated, and elaborate timepieces that look like intricate machinery fit for the kind of giant robots that aliens will use to invade the planet and enslave mankind. Well, MB&F probably noticed it, too, so they built the MB&F Melchior, a desk clock that also happens to be an articulated robot figure.

Created in conjunction with high-end Swiss clock manufacturer L’Epee 1839, the clock, naturally, bears the kind of complicated movement we’ve been used to seeing from MB&F’s timepieces. As with their watches, most of the machination is openly exposed, allowing you to admire the 480-component mechanical movement. 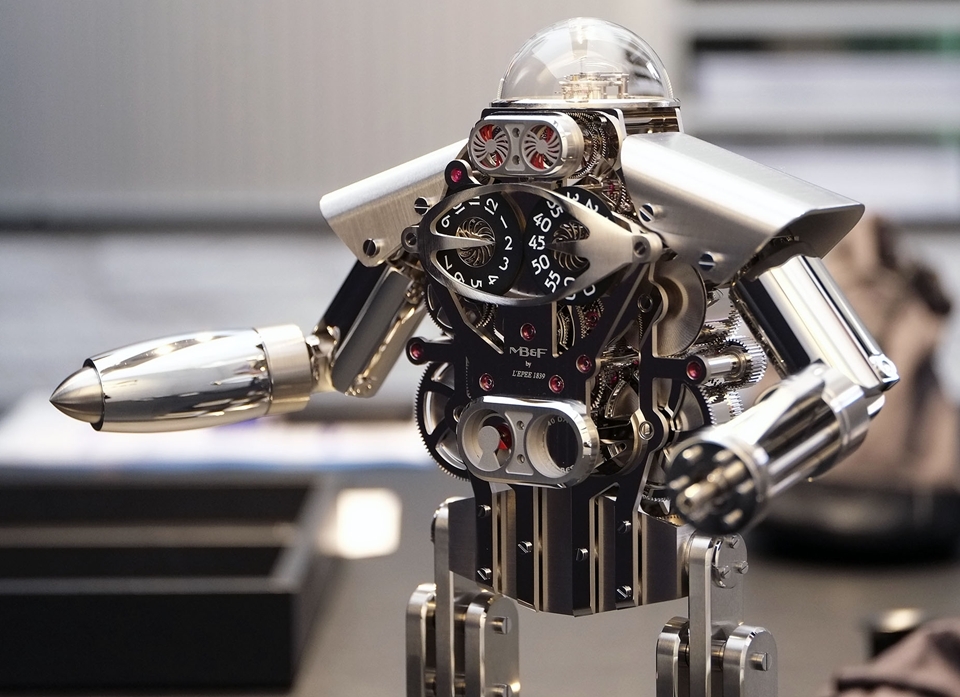 The MB&F Melchior stands nearly a foot tall, with moveable limbs that let you aim its weaponized hands (one is a Gatling gun, the other is a rocket launcher) in an aggressive attack pose. It uses flyback disc eyes that indicate 20-second intervals, with a pair of discs on the robot’s breast plate telling the time, one for the hour and one for the minutes, both featuring the company’s signature numeral typography. Features include a polished glass dome at the top of the robot’s head, brass and stainless steel construction for the armored body, an abdominal dial displaying the power reserve, 50 jewels integrated in the movement, and a variety of finishes for the 146 body components, including chrome and palladium plating, mirror polishing, sandblasting, and more. 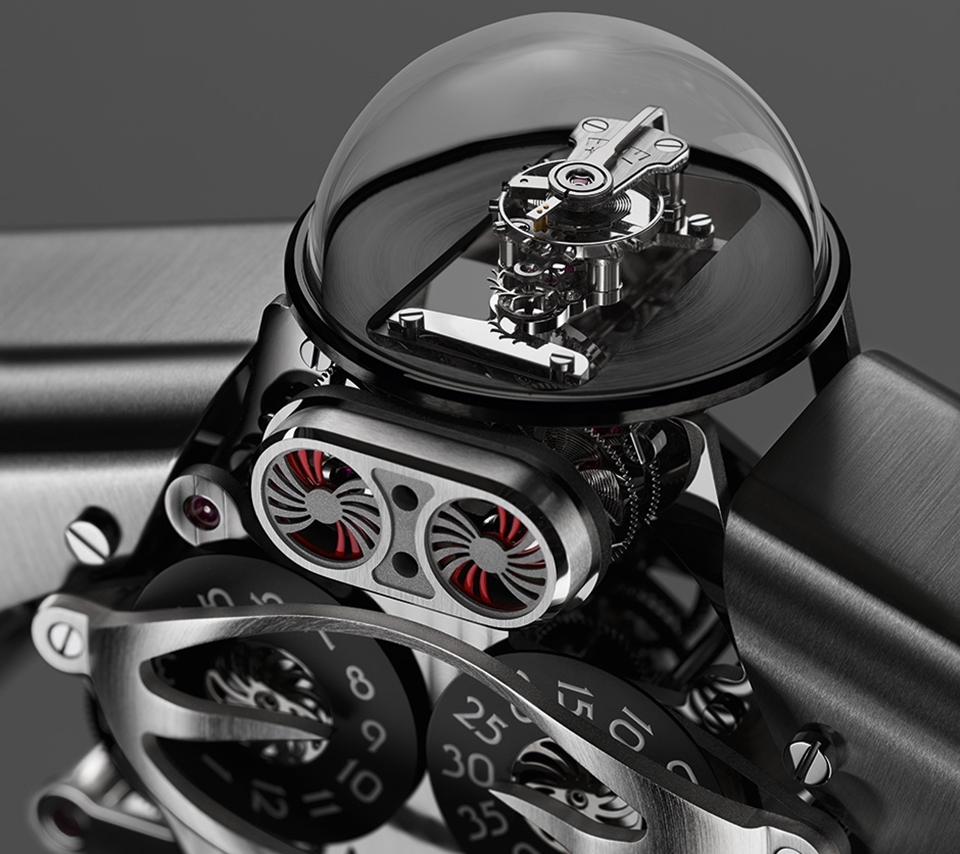 Two editions of the MB&F Melchior will be made, dark and light, of which a total of only 99 will be made. Pricing has not been announced.