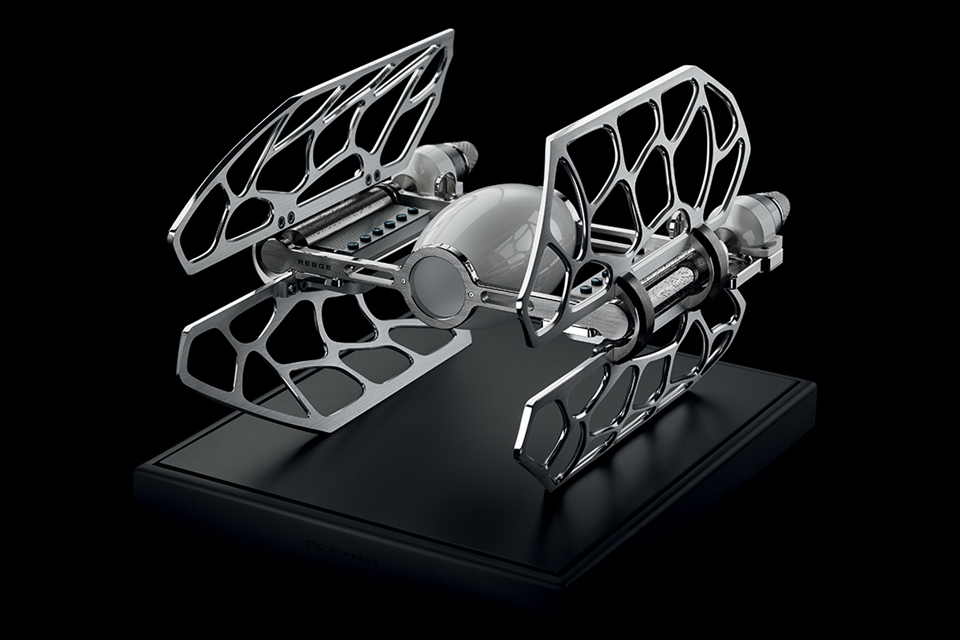 MB&F has never been shy about letting their sci-fi influences appear prominently in their creations. Heck, the last time we featured them, they were pimping an articulated robot desk clock with a 480-component mechanical movement. This time around, they’re hawking the MB&F MusicMachine 3, a luxury music box (yes, a music box!) clad in an unmistakable TIE Fighter silhouette.

Created in collaboration with Reuge and JMC Lutherie, the Star Wars-inspired creation is designed to play musical melodies like traditional music boxes, serenading you with soothing sounds that fill the silence in the air. It does that using mechanical complications similar to what the company crafts inside their clocks and watches, creating a musical device that’s even more fascinating to watch as it is to listen to. 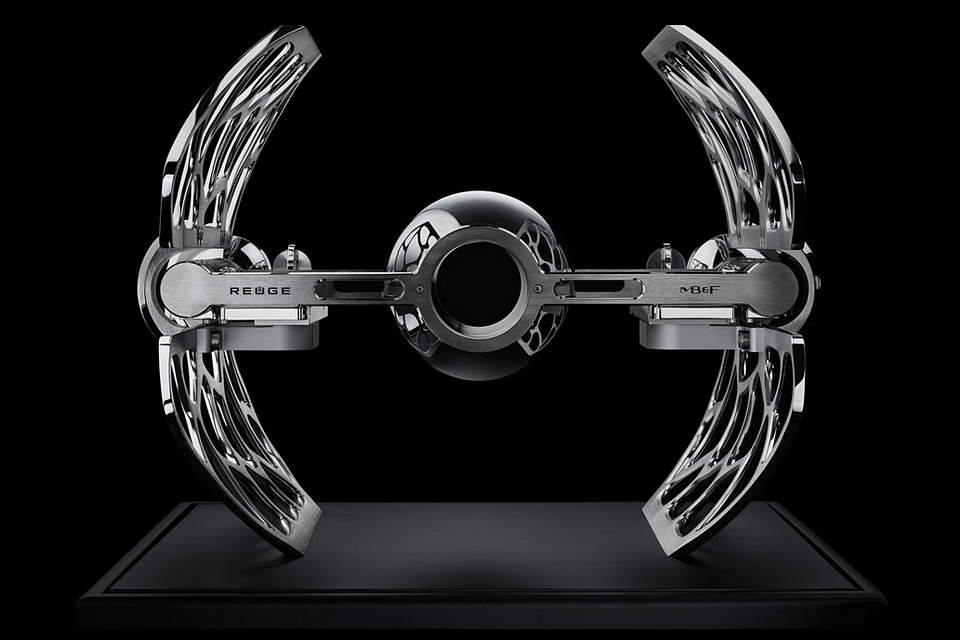 The MB&F MusicMachine 3 is built around two rollers on either side of the central hull, each of which contains thousands of tiny pins that rotate and interact with a precision-tuned comb in order to produce musical notes.   Those combs, which are integrated in the large metal plates that look like the wings of a starfighter, have 72 teeth each, all of which have gone through traditional methods of tuning (e.g. teeth for the bass notes are thickened with lead, tiny synthetic feathers are used to dampen vibration). A fan controls the tempo of each tune, relying on air resistance in order to slow the rolling mechanism into a pleasant pace. The thruster-like objects on the back of each wing serve as the winding keys, with the base functioning as an amplifying chamber. 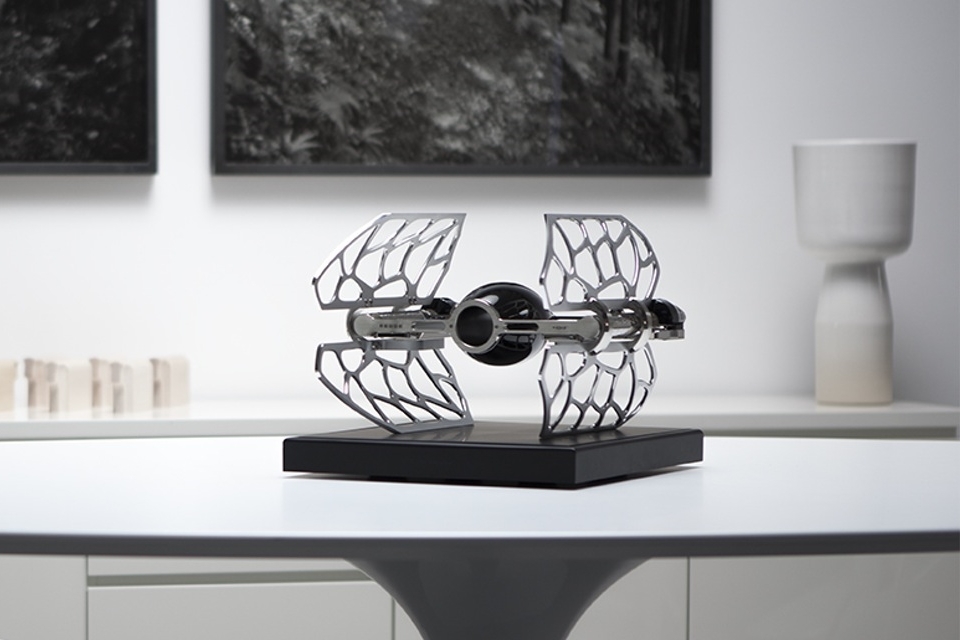 It can play melody extracts from a total of six songs (three on each wing), all of which were movie soundtracks. The right wing plays the themes from Star Wars, Mission Impossible, and James Bond, while the left wing regales you with theme songs from The Godfather, Merry Christmas Mr. Lawrence, and The Persuaders.