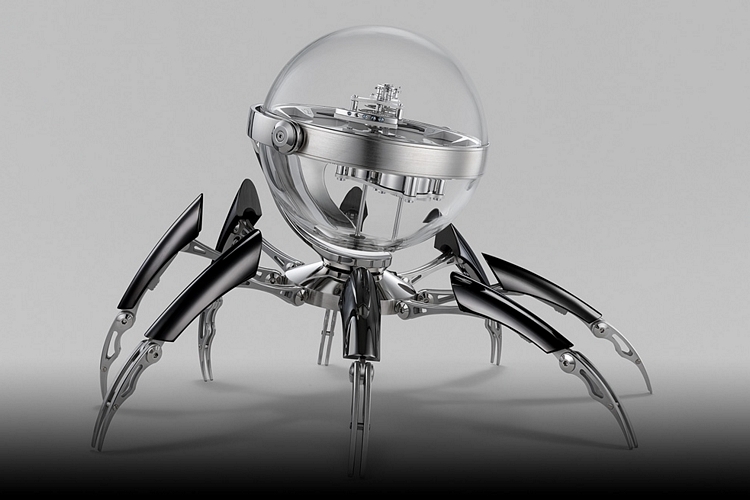 No, it’s not quite as terrifying as their spider-inspired timekeeper. Instead, the bulbous head and eight legs combine to create a contraption that looks like an eight-limbed killer robot that walked straight out of a sci-fi movie. Or, at the very least, an underwater nightmare. It measures 11 x 11 inches when standing fully erect, so it will make quite an imposing presence wherever you decide to place it in the house.

Comprised of 31 separate pieces, each leg of the MB&F Octopod is independently-articulated, allowing you to position the desk clock in different poses. Want to make it look like it’s about to strike at whoever’s sitting on the couch? That can be arranged.  How about standing high and proud while it guards whatever you put next to it on the mantle? Sure. The legs automatically lock in only two positions, though (standing or fully extended), with individual buttons inside each leg allowing you to disengage the locks to adjust the pose. 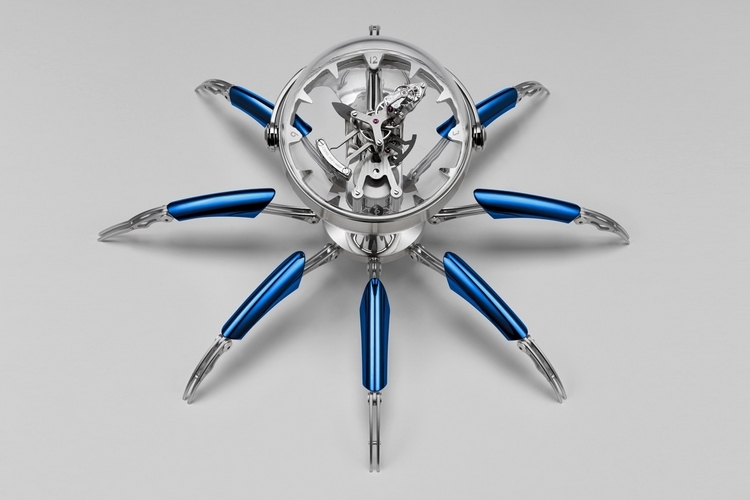 Instead of drawing inspiration solely from the octopus, the clock actually has a head based on the likeness of a classic bathysphere, those unique deep sea submersibles that was used in the early 1900s. That head, of course, houses the timekeeping mechanism, which uses a skeleton dial that looks similar to the lone window on the old-time submersible. Since you can position the legs in a variety of ways, there’s a chance the dial will be obscured because of the angle. As such, the sphere head can be rotated a full 360 degrees courtesy of an integrated gimbal, ensuring you can angle it for visibility whenever needed.

The MB&F Octopod has a mechanism designed and manufactured by L’Epée, which is held in a transparent glass baseplate to make it look like it’s floating inside the sphere. It’s made from 159 individual components, including 19 jewels, with an eight-day power reserve. Do note, it’s manual-winding, with a double-depth square socket key for setting the time and winding the movement. 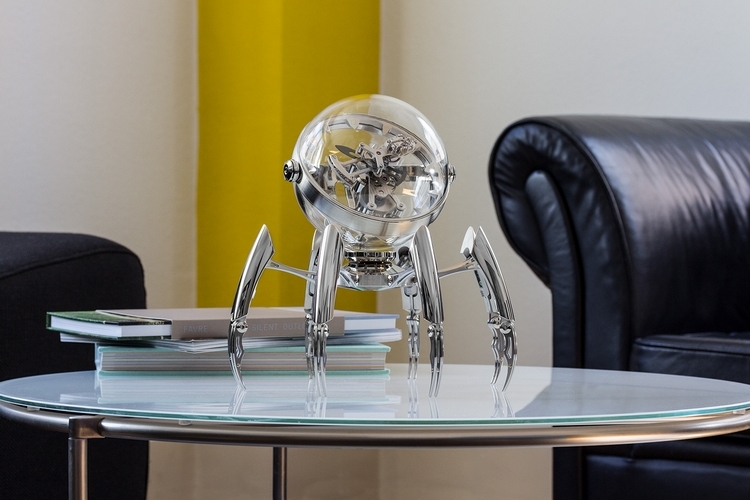 Construction is mostly stainless steel for the body, with the occasional brass that’s either coated in nickel or palladium. The spherical head, on the other hand, is cut in clear polycarbonate, which is kind of surprising for MB&F, although we’re guessing they had a reason for using it instead of actual reinforced glass (we don’t know the reason, by the way). According to the outfit, the entire body alone is made from 309 separate components. 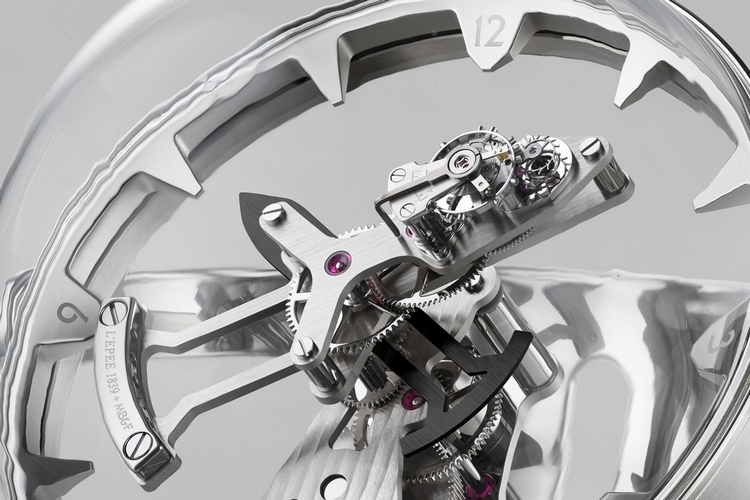 Three styles of the MB&F Octopod will be made: silver, black, and blue, with the only difference among them being the color of the upper legs (the rest of the body has a silver finish). Only 50 of each model will be made, with pricing set at $36,000.