MB&F Sherman Is A Playable Toy Robot That Tells Time 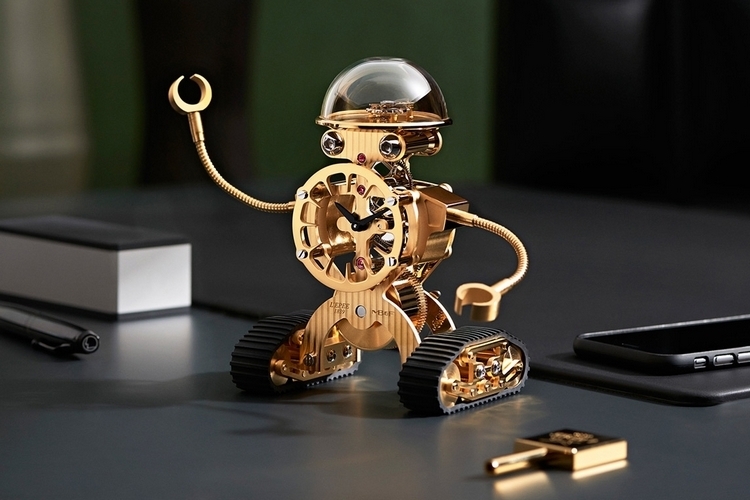 We’re not entirely sure how many of the Melchior robot clock MB&F were able to sell. If we had to guess, though, we’d say they moved well because the horological outfit is back with a new robot clock named MB&F Sherman.

While the Melchior looked like a battle robot straight out of 80s Japanese mecha cartoons, the new robot clock takes the adorable route, with an appearance that, according to the company, is designed to make people smile. Oddly enough, though, it appears to be inspired by the M4 Sherman tank, with which it shares the working Caterpillar tracks that function as its base (yes, you can push it around the desk like an actual toy). 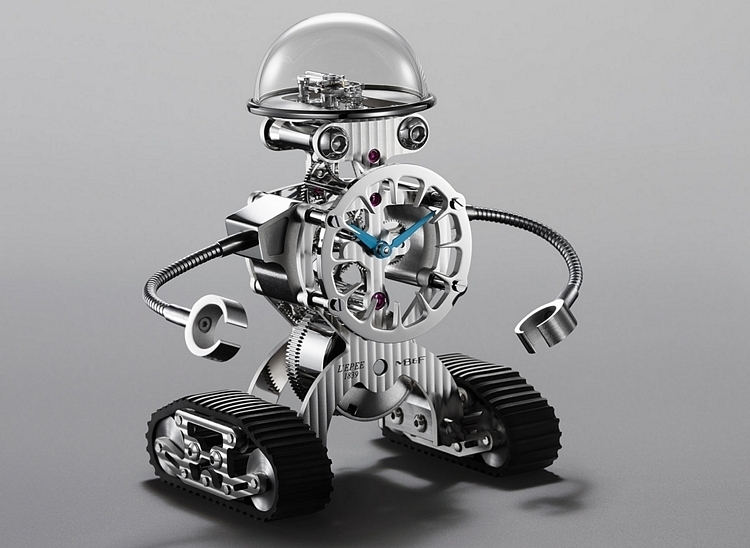 Apart from being adorable, the MB&F Sherman is also more approachable than most of the outfit’s creations, as it uses a traditional two-hand clock face in lieu of MB&F’s usually complicated time-tellers. Its mechanism is based on L’Epée 1839, which boasts an eight-day in-line movement, ensuring the clock can run for over a week before requiring a rewind. As with the Melchior, various parts of the complication are scattered throughout the robot’s body, including the mainspring barrel bridge which serves as legs, the movement spacers that act as its shoulders, and eyes that are actually bolt heads for the regulator that poses as Sherman’s brains, with the movement plates  serving as its body. 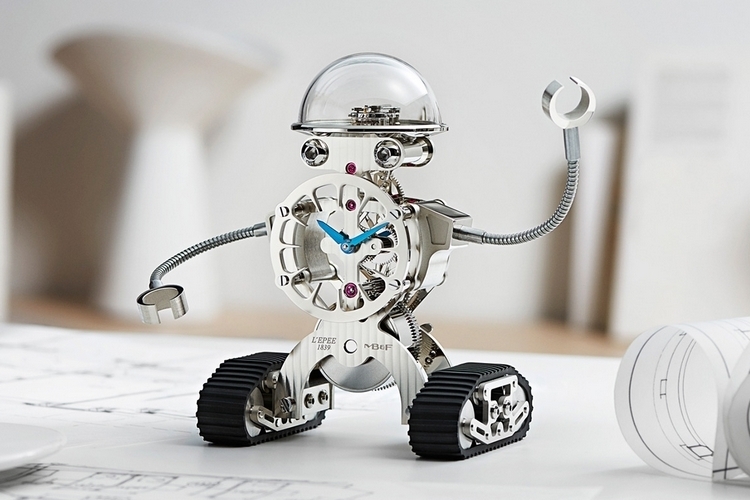 Oh yeah, both arms are fully articulated, so you can position them any way you want for your personal entertainment. It comes in three versions: gold-plated, palladium-plated, and a diamond-set gold-plated model. 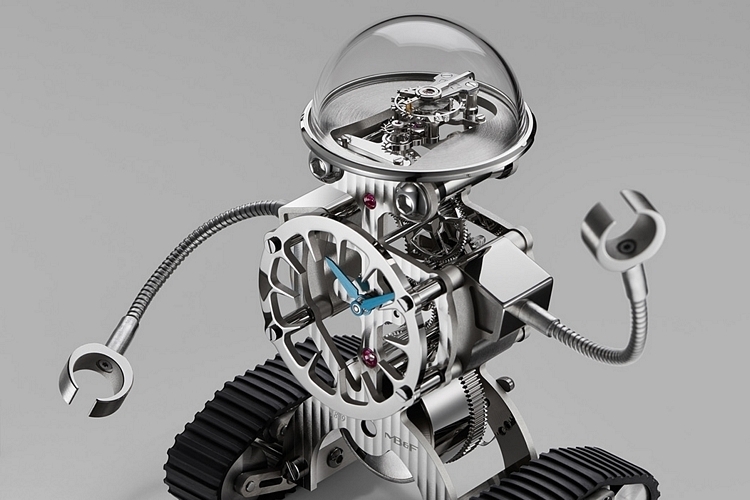