We’ve seen MB&F veer away from the watches they’re best known for several times now, applying their chops to robot clocks and music machines, among other things. However, their new collaboration with Caran d’Ache, the Astograph, definitely takes the outfit to an even more unconventional tangent, bringing their mechanical precision talents to humble writing instruments.

That’s right, MB&F just brought their penchant for producing complex decorative objects to a set of high-end pens. And, yes, these are real pens that you can use to sign checks, jot down notes, and doodle your musings every time you’re bored at the desk, all while doubling as an attention-grabbing decorative object wherever you decide to place it. 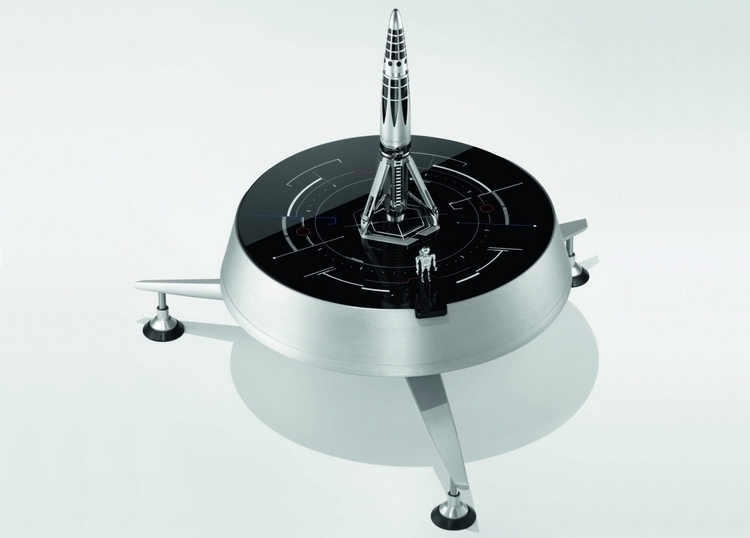 Inspired by the moon landing, the MB&F x Caran d’Ache Astrograph consists of a rocket-shaped pen, with retractable legs on the cap for propping up like it just landed on the moon while sitting on your desk. While it’s not quite as complicated as MB&F’s watches, clocks, or music boxes, the darn thing is downright intricate for a pen, with its 99 expertly-machined components turning out a beautiful toy rocket to go with the writing instrument. 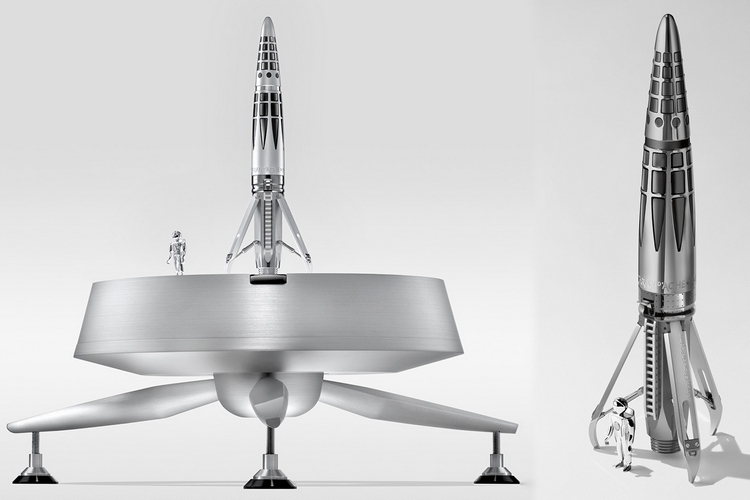 Two variants of the pen are available: a roller pen and a fountain pen, with the former sporting a standard Caran d’Ache roller cartridge and the latter fitted getting a rhodium-plated 18-carat gold pen nib.  It comes with a large, circular-shaped display platform that’s styled to look like a launch pad and a miniature astronaut figurine.