mBrace Puts A Handle On Your MacBook 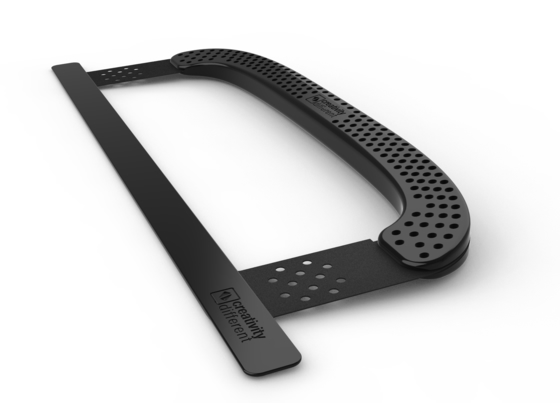 Can’t leave home without your MacBook Pro, but couldn’t care less about hauling a laptop bag around?   Leave the satchel at home and tote that notebook with the mBrace, an add-on handle  for carrying your computer without tucking it under your arms.

Granted, a bag also doubles as a protective cushion, so your laptop is wide open target for bumps and bruises when you go this route.  If that’s a risk you’re willing to put up with, then this might be the long-lost carrying handle your MacBook Pro has been longing for. 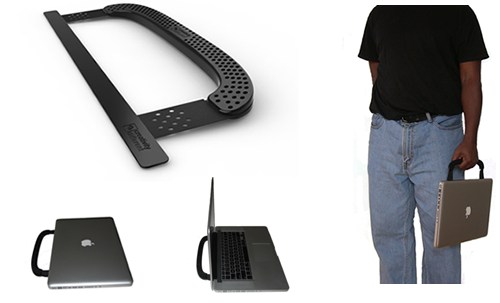 Designed for 15-inch MacBook Pros, the mBrace is an Acetal plastic insert that slips on your laptop’s rear edge, giving it a functional handle for easy-carrying.  According to its creator, the brace lip puts no pressure on the hinge, pushing against the more durable unibody instead, so it won’t damage your machine over the long haul.

The handle part of the brace has a removable thick panel, allowing you to fold it down and serve as a tilting stand when using the notebook.  No part of the accessory is ever installed permanently on the laptop, either, so you can throw it in and remove as you fancy.

Currently, the mBrace is only a Kickstarter project — one that doesn’t look like it’s doing very well in terms of backers.  If you like it, you can visit the page and pledge your financial support ($30 reserves you one).  They’re looking for $75,000 as seed money, though, which does sound a bit too steep.  Still, nice concept — one that a lot of people who carry laptops can probably get behind.