McLaren 570GT: So, This Is What A “Practical” Supercar Looks Like 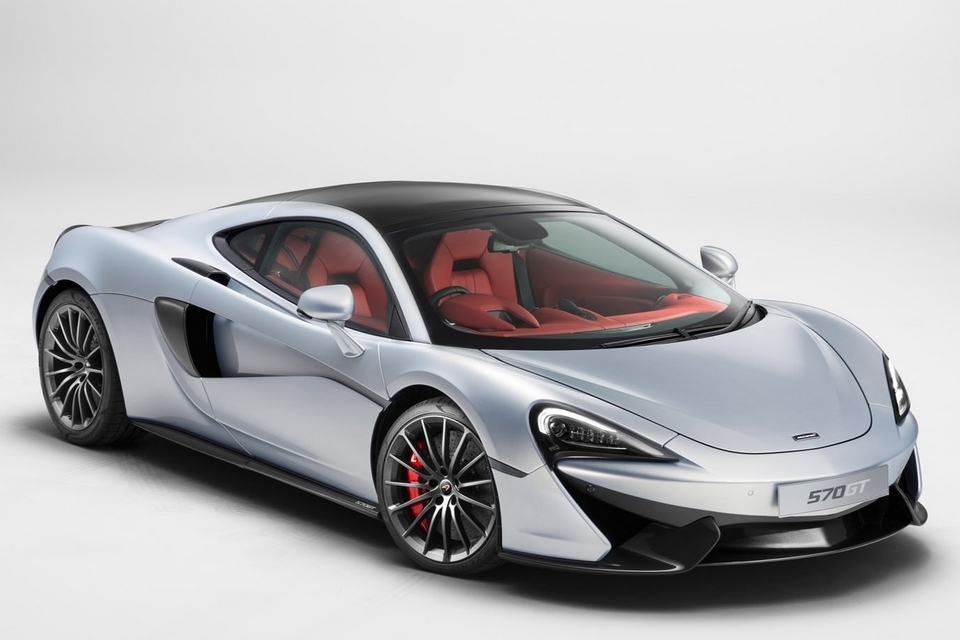 McLaren is best known for ultra-light and ultra-fast automobiles – that’s, pretty much, the calling card of the badge. This time around, they’re trimming down on the excess with the McLaren 570GT, a Grand Touring version of their 570S supercar.

While it can still take laps at blistering speeds, the newest McLaren is equipped for the long drive, embracing the traditional definition of Grand Touring by putting a premium on comfort and practicality. That means, it trades much of the carbon fiber for heavier aluminum panels, with the interior covered almost entirely in leather. It also gets an extra 7.8 cubic feet of room behind the seats, upping the vehicle total to 12.4, complete with a side-hinged glass rear hatch for loading your luggage through the back. 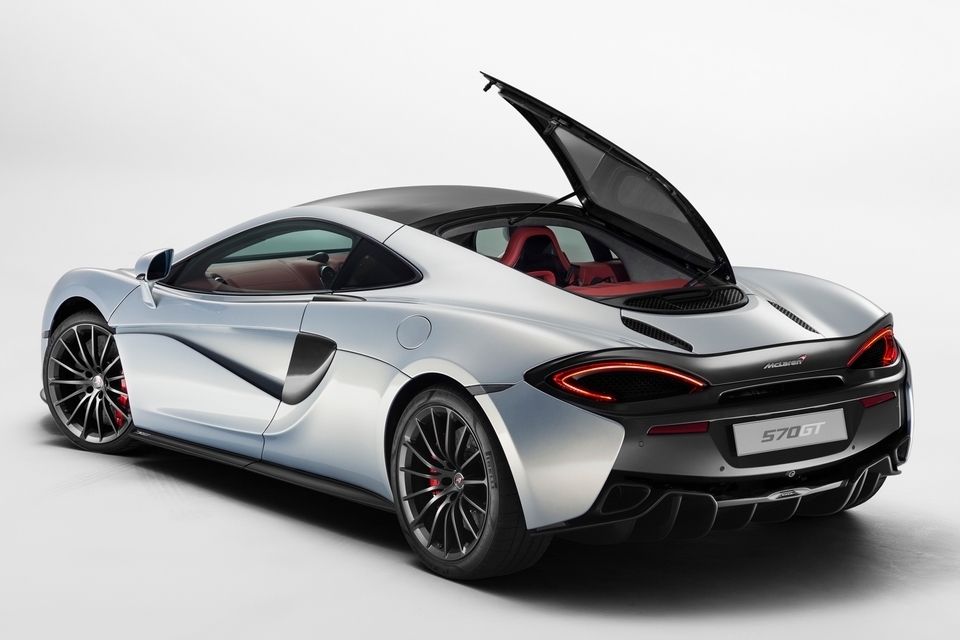 Those changes result in a heavier weight for the McLaren 570GT, which tips the scales at 80 pounds more than the 570S. As a result, while it houses the same carbon fiber tub and 3.8-liter V8 (562 horsepower and 442 pound-feet of torque), the 0 to 60 acceleration time gets reduced to 3.4 seconds (compared to 3.2 for the 570S), although top speed remains at 204 mph. To realize the car’s long-distance driving ambitions, it gets softer suspension (15 percent reduction in spring rates out front and 10 percent at the rear), a reduced steering ratio, a more compliant ride quality, a quieter exhaust system, and noise-absorbing Pirelli PZero tires. Other standard features include a panoramic sunroof, soft-closing dihideral doors, and a 320W eight-speaker audio system. 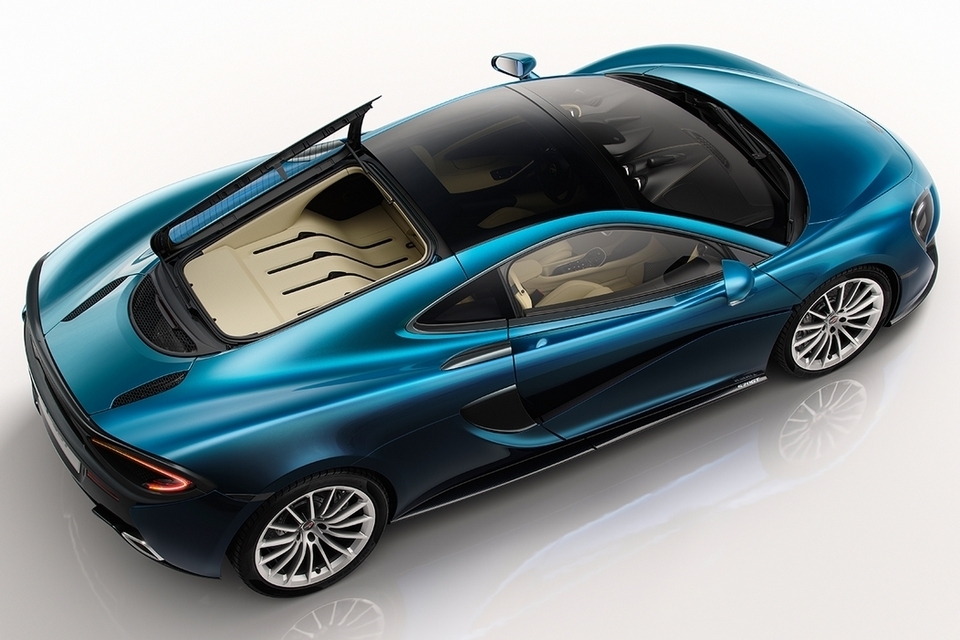 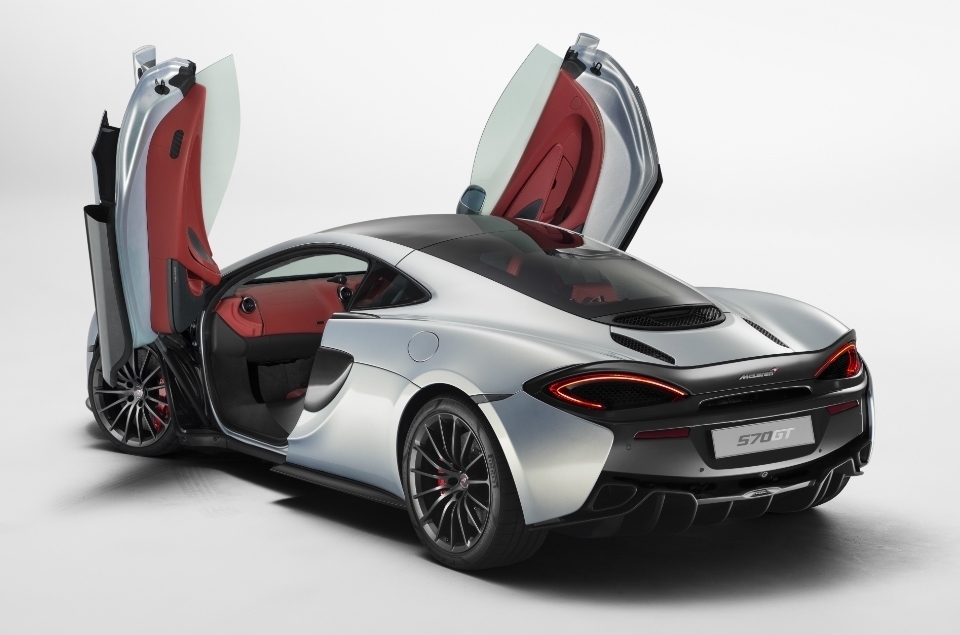 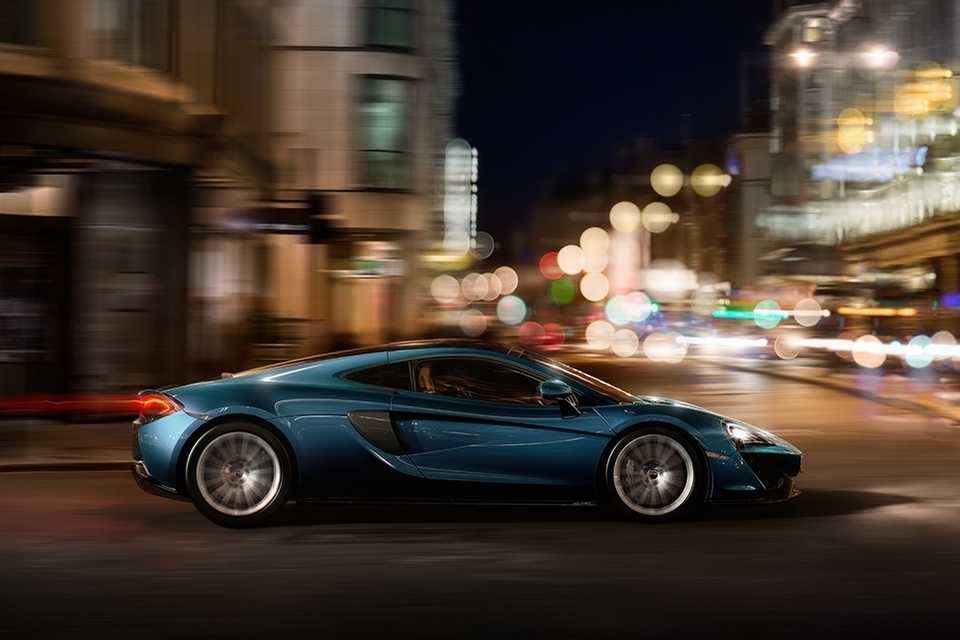 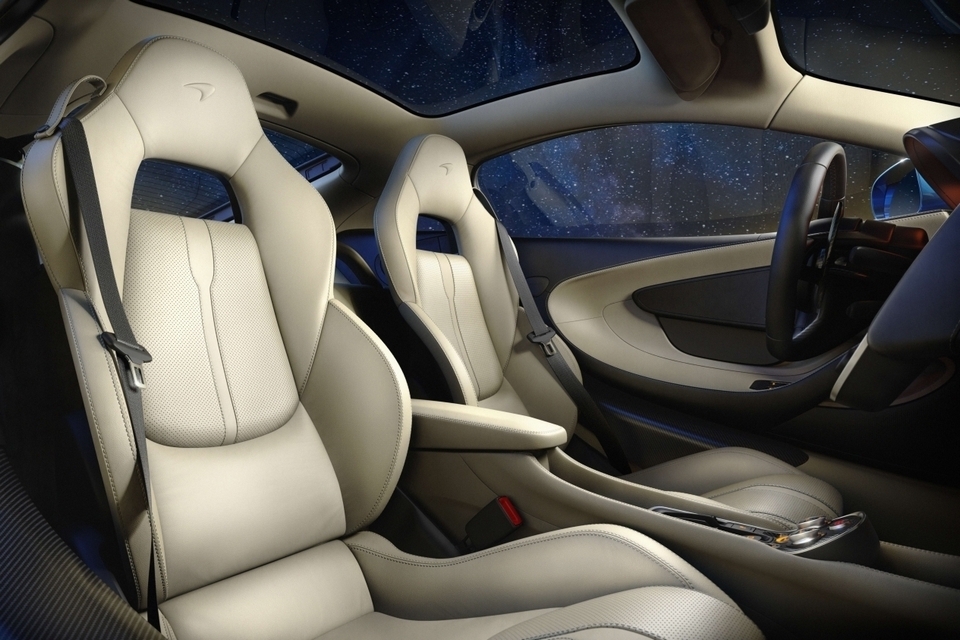