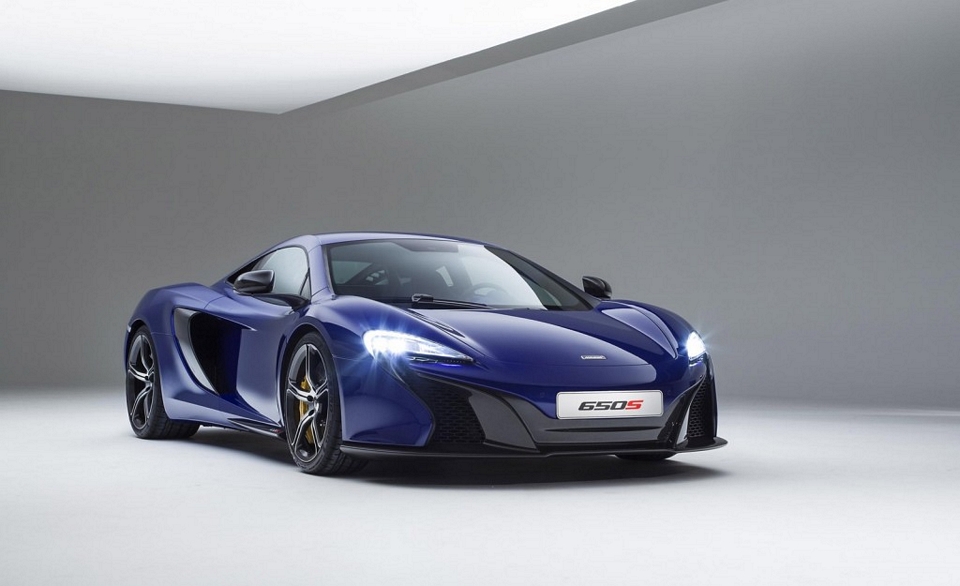 There isn’t much in terms of aesthetic surprises for the McLaren 650S.  It looks every bit as we would have expected in a new supercar from the guys behind the 12C and the million-dollar P1. 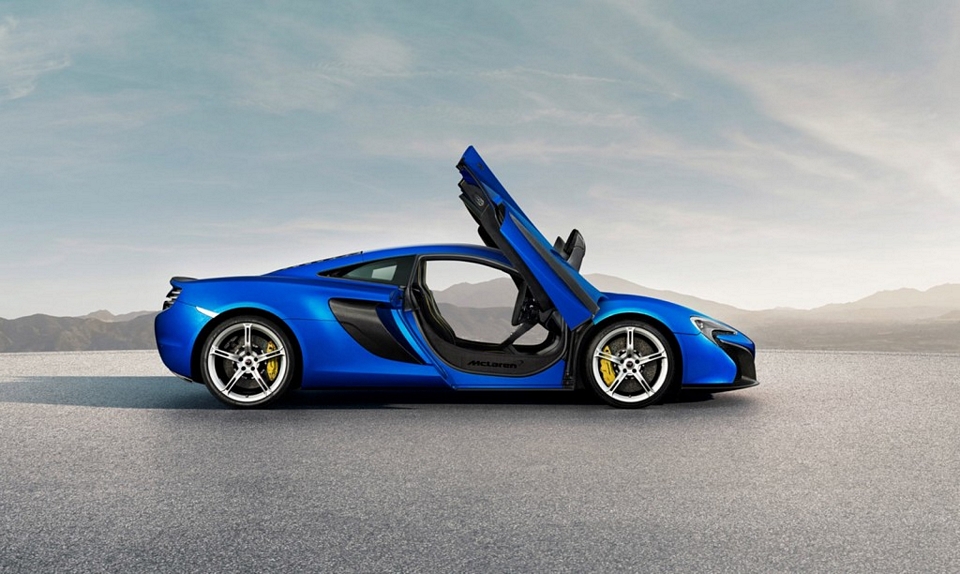 Design elements from the 12C are apparent, with the massive intakes, roofline, and dihedral doors, with the front end looking a whole lot like the P1.  It’s not as extreme in terms of styling as the legendary sold-out P1 supercar, but it definitely looks and feels equally as aggressive. 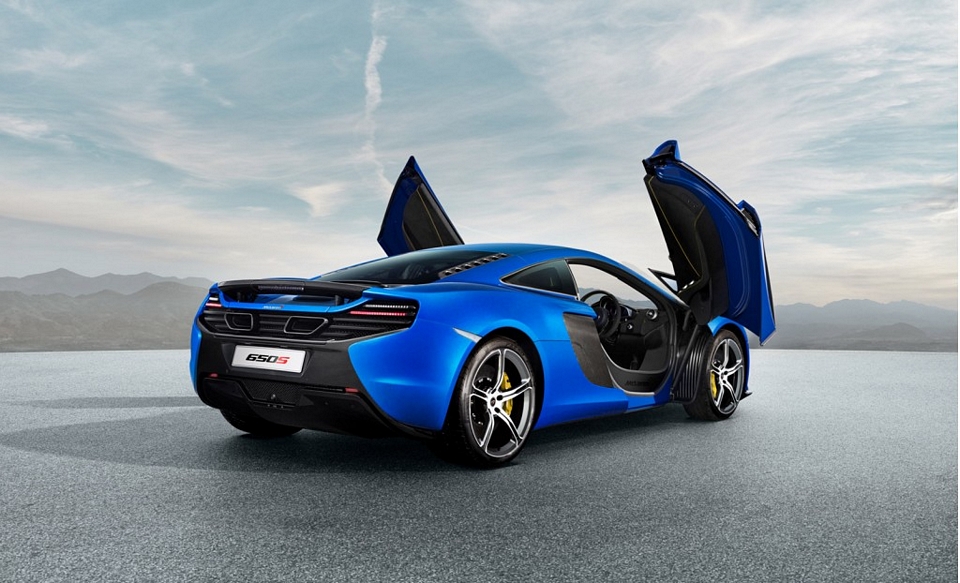 A retuned version of the company’s 3.8-liter twin-turbo V8 sits under the McLaren 650S’ hood, putting out a beastly 641 hp.  No performance numbers were announced, although it would be fair to assume this will top the 12C’s 0 to 60 of 2.9 seconds and top speed of 207 mph.  Guaranteed to help post performance improvements are the uniquely enhanced active aerodynamics and recalibrated ProActive Chassis Control system that allows the driver to adjust suspension settings regardless of engine response. 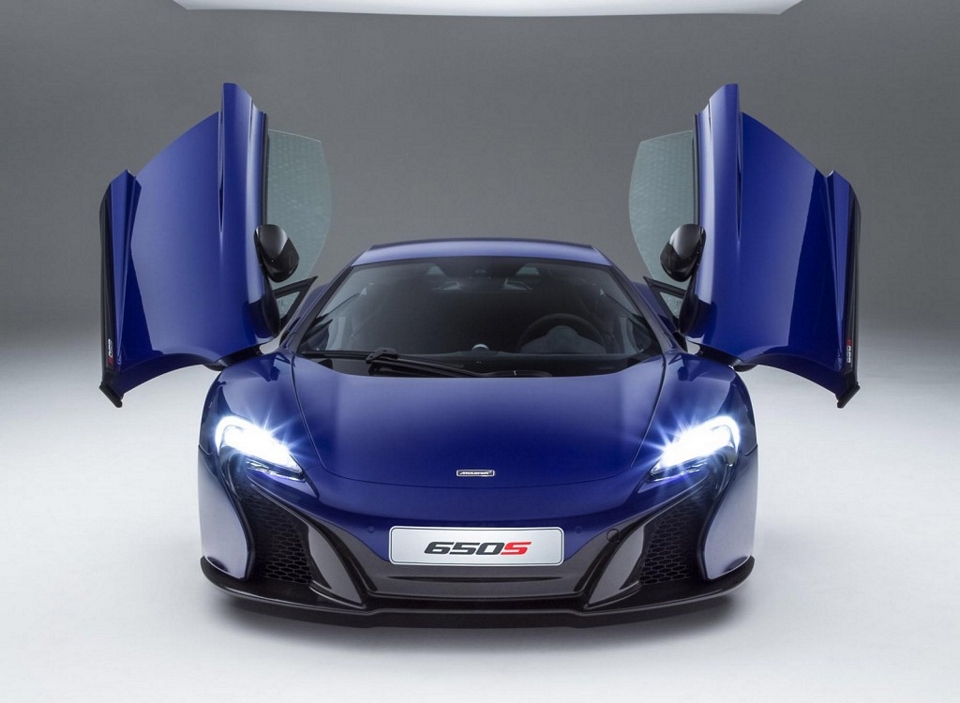 Features include an integrated front splitter that redirects air to door blades behind the front wheels, an active rear spoiler, LED headlamps, 5-spoke lightweight forged alloy wheels, and custom Pirelli P Zero Corsa tires.  Inside, the vehicle gets carbon fiber accents, an IRIS sat-nav system with Bluetooth and voice control, and a load of sweet options, including a rear parking camera and carbon racing seats. 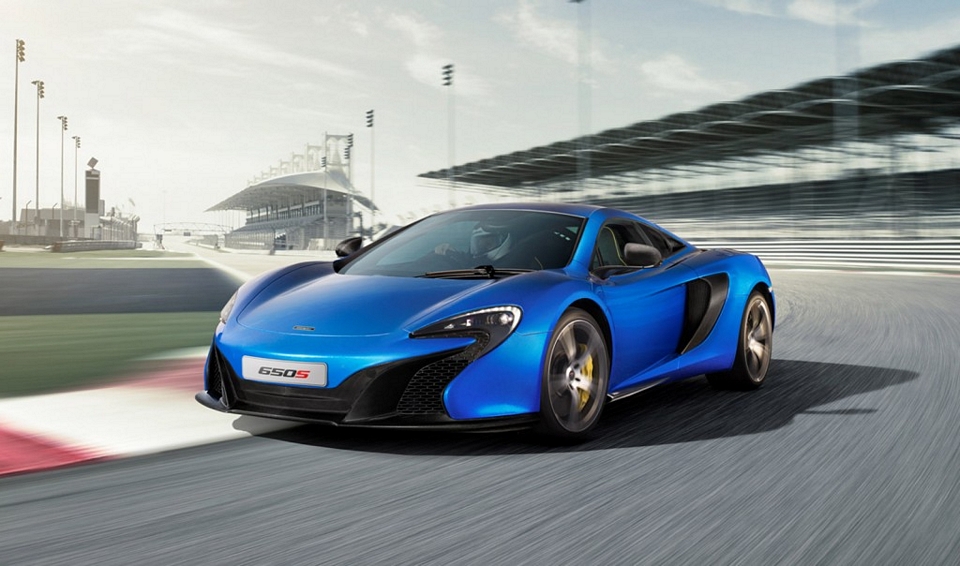 Set for availability as either a fixed-head coupe or a retractable folding hard top, the McLaren 650S will be available in the Spring. 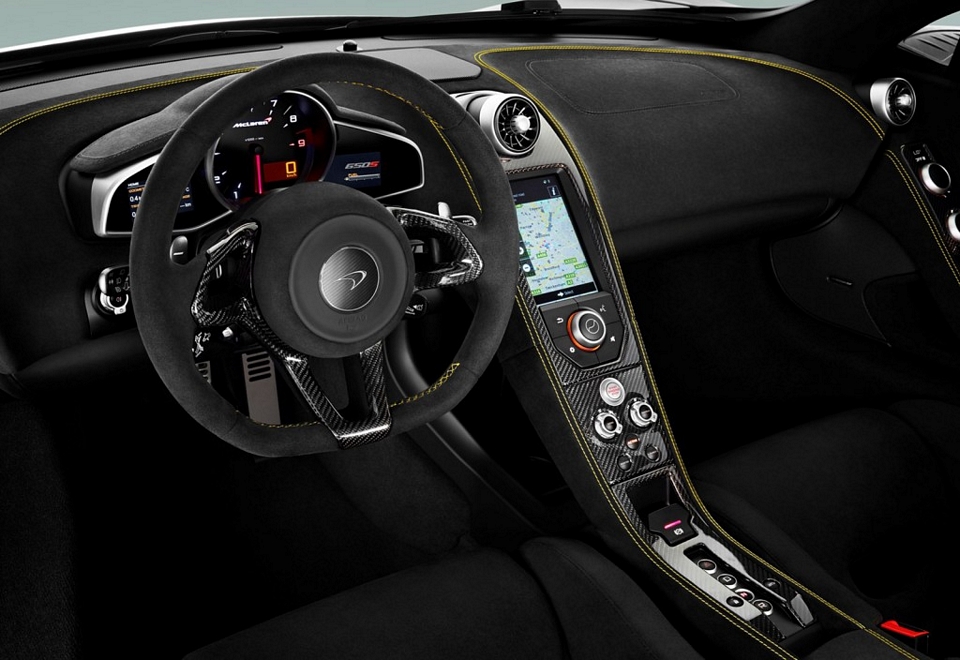