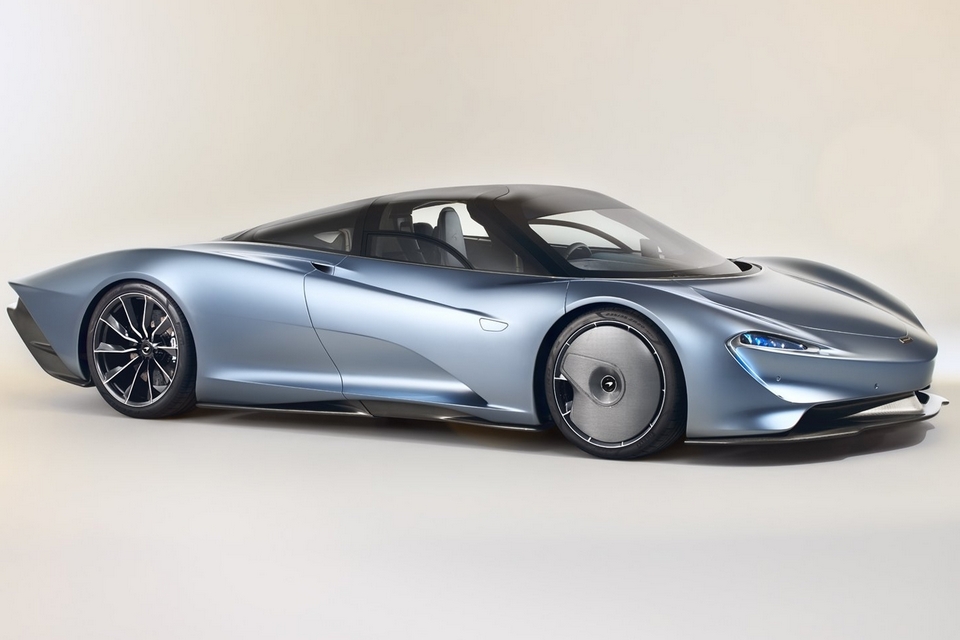 Elongated bodies have not been the norm for modern cars, much less a speed demon with a McLaren badge on it. Despite that, it’s exactly what we’re getting with the McLaren Speedtail, which many are declaring to be the spiritual successor to the 25-year old F1.

As unusual as the car’s aesthetics are, they do serve a purpose: McLaren sought to design a car with the least possible drag coefficient and the slippery-looking tail that helps accentuates the body’s teardrop shape should help reduce turbulence in a way nothing else could. That teardrop shape, by the way, is designed to lead air towards the engine, which is mounted behind the rear seats, allowing the powertrain to cool down without the need for massive intakes. 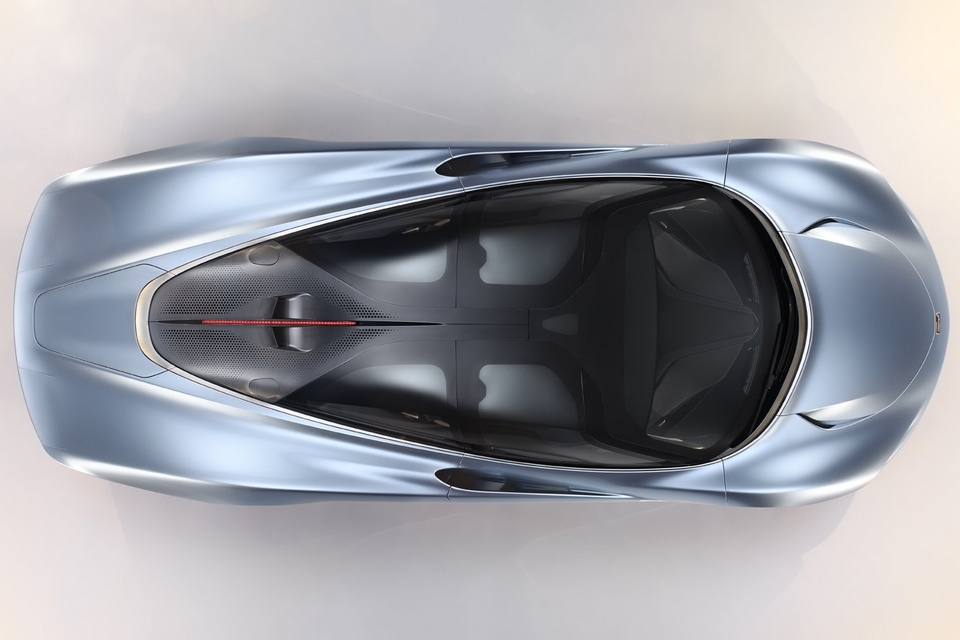 The McLaren Speedtail has a hybrid powertrain that puts out 1,035 horsepower, allowing it to reach top speeds of 250 mph, which exceeds the F1’s 243 mph. According to the outfit, the powertrain can actually achieve higher speeds, although they would have to use even more special tires that can handle it than the custom ones installed here. There’s no word on 0 to 60 mph acceleration, although it does go from standstill to 186 mph in 12.8 seconds. The top speed, by the way, is only attainable when the car is switched to Velocity Mode, which optimizes the powertrain, lowers the car’s height, and retracts the side mirrors (or cameras with their footage shown on two screens inside, depending on what your car comes equipped with) at the push of a button on the ceiling (seriously, most of the buttons are on the ceiling to help keep the dashboard clean).

Like the F1, the interior is equipped with an odd three-seat layout that has the driver sitting front-and-center for an unobstructed view of the road, so you can drive the darn thing like a proper racer. The two passenger seats are situated to the rear and sides of the driver, with a design that totally incorporates both with the carbon fiber monocoque, so your passengers won’t have that much room to move (plenty of legroom, though). 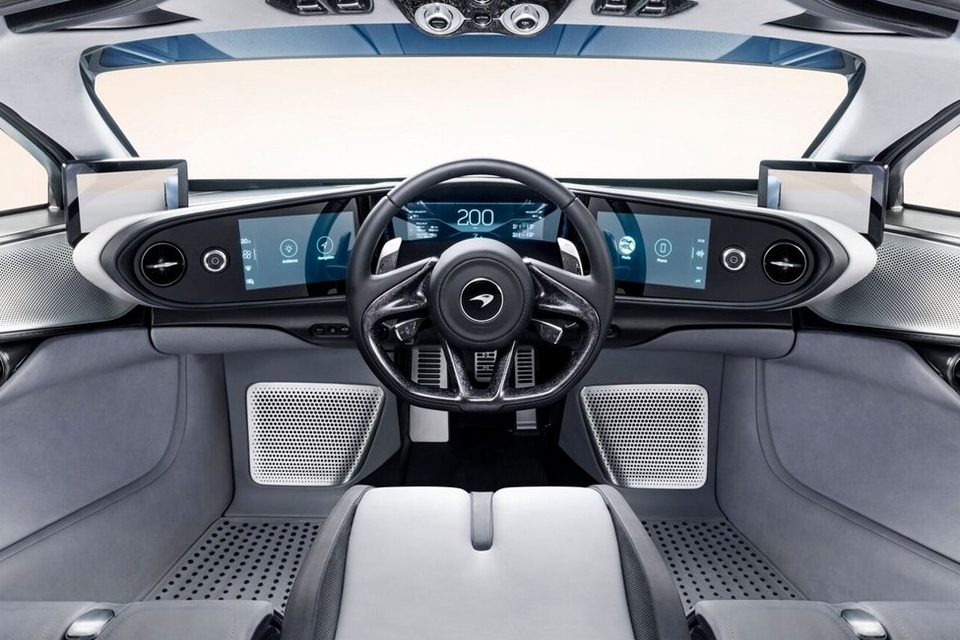 The McLaren Speedtail has a windshield that extends far above the head, one of the design elements that enabled the unique teardrop shape. That same windshield, by the way, is made from electrochromic glass that can go from clear to opaque to various settings in between at the touch of a button, allowing it to get rid of traditional visors. There are also tiny LEDs installed on the glass, which provide some nice ambient lighting during nighttime driving. 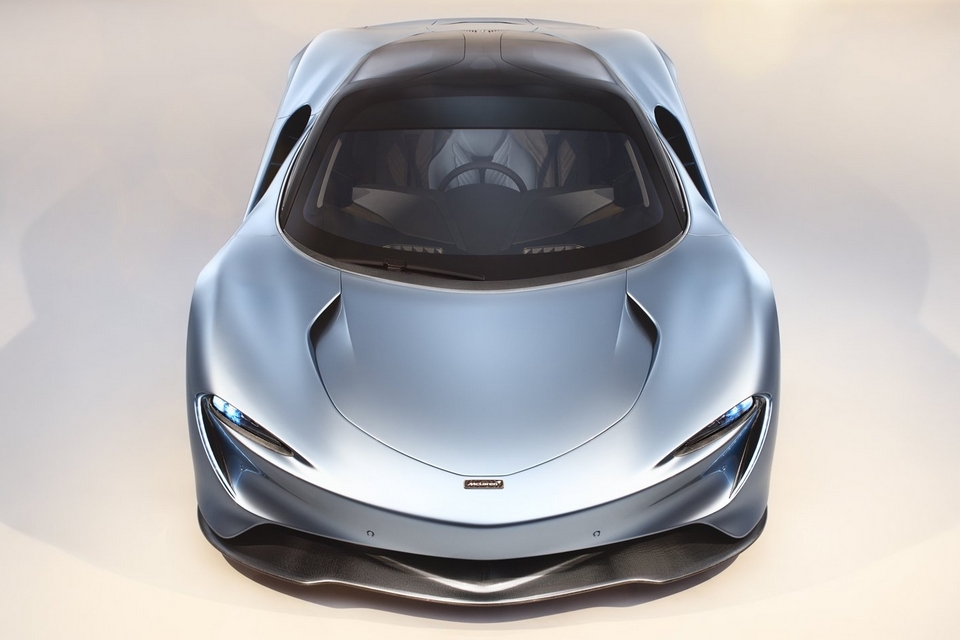 It has static wheel covers on the front wheels, which can be removed if you don’t like the aesthetics, although they do smoothen the airflow around the sides of the car for dramatically reduced turbulence, so it might be a good idea to keep them in place. Other features include custom Pirelli P1 tires, a dry weight of 3,153 pounds, aluminum suspension, carbon fiber brakes, and, of course, a gaggle of customization options. 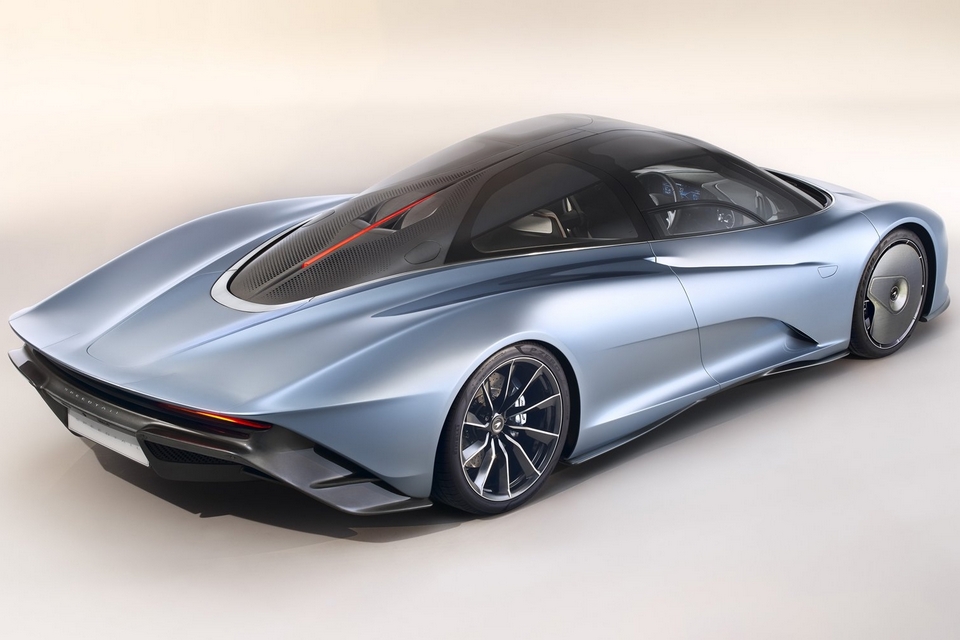 Only 106 McLaren Speedtails will be produced, with each one already spoken for by well-heeled clients who bought it at prices starting at $2.24 million.