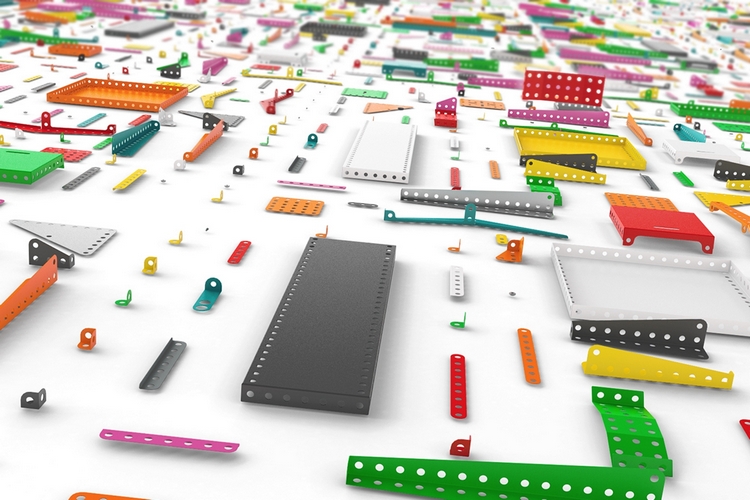 Last month, we saw Meccano re-emerge in the form of a $400 trainable robot, which we thought was all manners of awesome. Apparently, they’re not done repurposing the company’s erstwhile construction toys and, this time around, they’ve been supersized in the form of Meccano Home.

Rather than just using Meccano pieces to build miniature structures, the supersized version will now allow you to build functional full-size home furniture. From tables to cabinets to chairs to lamps, you just connect the individual parts, no different from the toy, in order to build what you want. 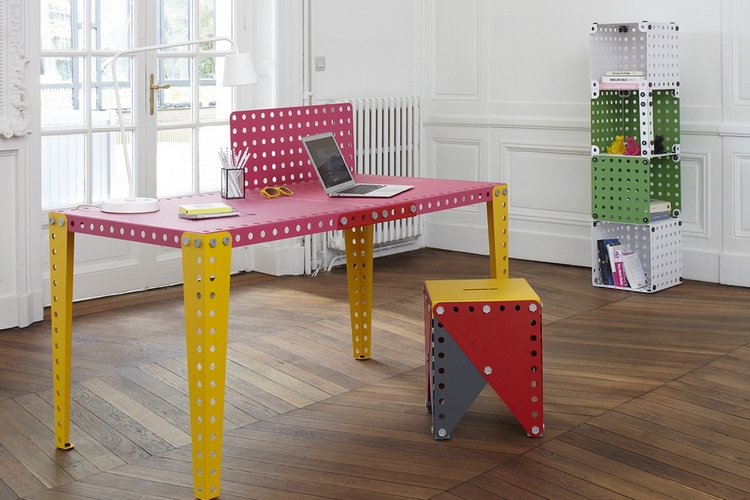 Just like the toys, Meccano Home parts are modular, so parts of a table you just disassembled can be used as part of a new media cabinet you’re making. You can also put them together to build strange structures, like an eight-legged table with a head that has giant horns, each with a head of their own. Or something like that. While it’s just as flexible as the original toy, the parts are reinforced to ensure they can handle the kind of weight traditional home furniture are expected to support. Since metal furniture with lots of exposed holes aren’t exactly the most charming objects to look at, they decked the parts in plenty of bright colors, allowing you to give your DIY furniture a little extra personality. 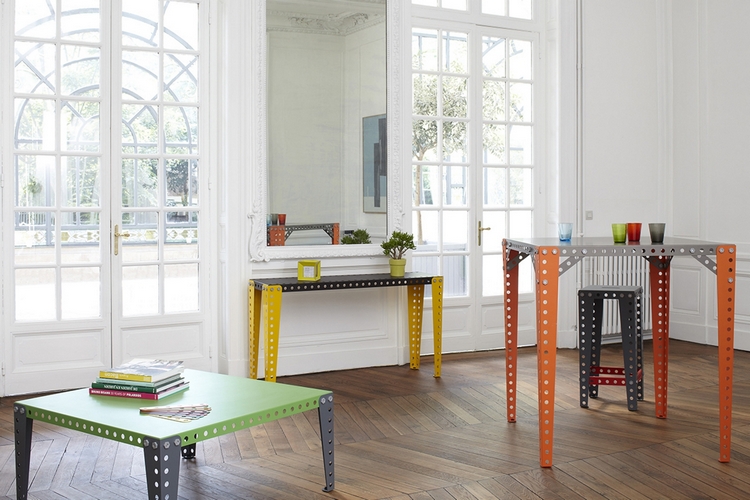 Meccano Home is sold both as individual parts and in prepackaged sets, so you can buy a flat-packed shelf, stool, or dining table just like when you’re shopping at IKEA. The catch? It ain’t cheap, with the most affordable set (a stool) coming in at €198. 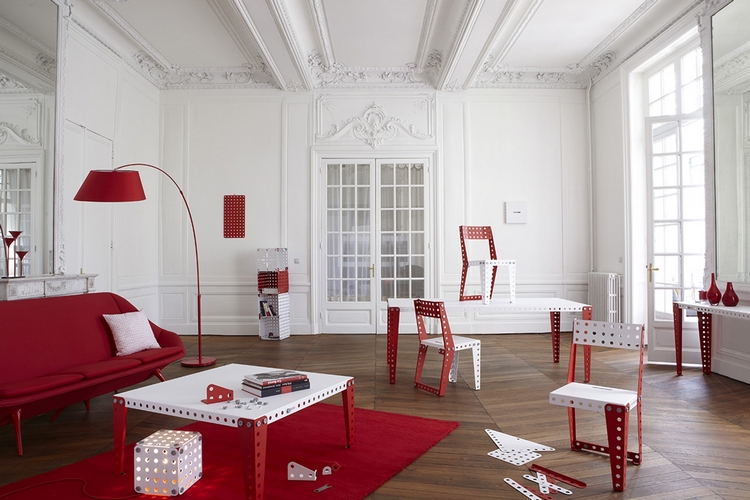